An electric Muni bus antenna collided with the window of what appears to be a tech shuttle downtown, though which vehicle may have been at fault remains unclear. From the photo above, it appears the antennas had come loose from the overhead wires and were sticking off the rear of the Muni bus when the shuttle possibly drove into them. So much for Muni and tech shuttles living happily side by side!

SFist is investigating the scene and trying to determine which company may have hired this particular shuttle. We're seeking an official comment from the SFMTA and/or any witnesses, though it does not seem as though anyone was hurt. 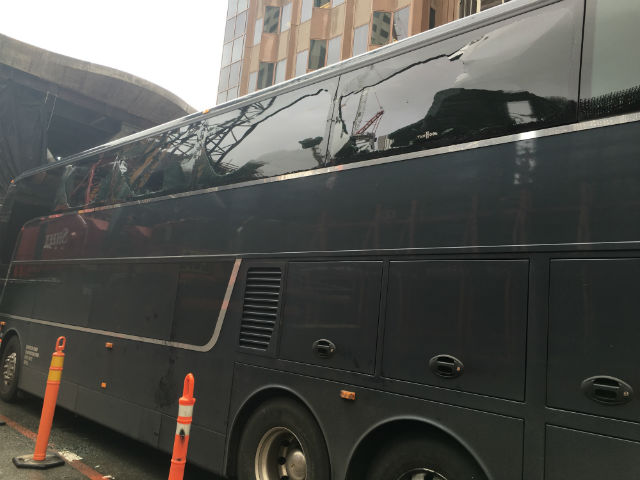 Update: An SFMTA spokesperson has confirmed to SFist that the collision took place at 10:57 a.m. and no one was hurt. The overhead wires had incurred damage causing the trolley poles/"bus whiskers" to come down and the private commuter shuttle made contact with them. An overhead lines crew has made repairs to the wires and there was no major damage, except to the commuter shuttle windows seen above. 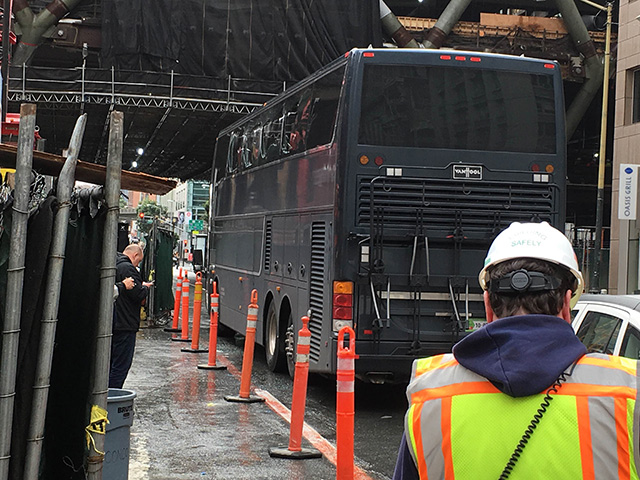 The incident occurred before noon at 1st and Mission Streets, and as you can see from the Instagram post below, the assumption is that it's a "Google bus," though maybe not one used by Google, per se. 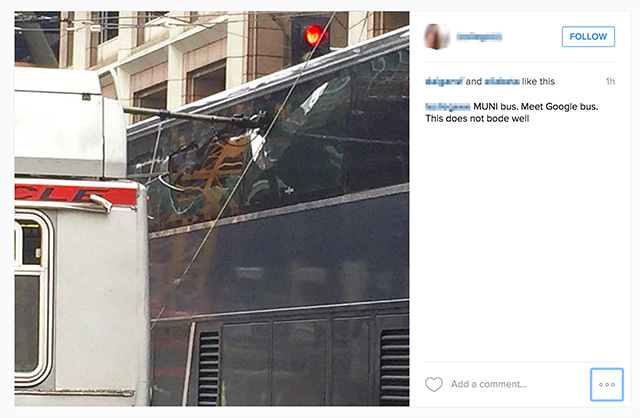 Our report that Yahoo was going to lay off 1000 staffers in the next month or so was met with a collective yawn from readers — a sign, perhaps, of the company's lack of

As the man who would be President, Donald Trump, continues to spout generalizations and make blanket promises that a certain segment of Americans want to hear, he has a new one aimed at