The $1.5 billion Powerball drawing is at 7:59 p.m. PT tonight, and you are unreasonably confident that you are going to win. (NOTE: You are not going to win.) But do you have your tickets yet? If not, we’ve curated this list of the statistically luckiest liquor stores in San Francisco and the greater Bay Area, i.e. stores whose premises have sold million-dollar and above winning lottery tickets on multiple occasions since the enactment of the California State Lottery Act of 1984.

The Luckiest Lottery Liquor Store in the Bay Area

Check out the #Powerball line for tickets into Kavanagh Liquors in San Lorenzo! It goes all the way down the block. pic.twitter.com/YpDLL7pCMB

The cash register at Kavanagh Liquors in San Lorenzo has sold five — count ‘em — five jackpot-winning lottery tickets since 1998, including a $28.5 million winning ticket in 2003. (That jackpot went unclaimed, but it still counts.) Look at line around that place! That line was for Saturday’s jackpot of a mere $900 million, today’s line may be even longer. If you want to buy your Powerball ticket there, you need to leave work and head over to this Alameda County liquor store right now. 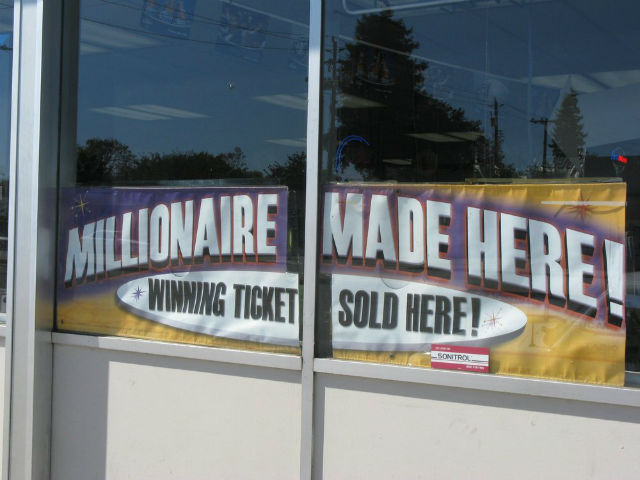 Eleven other liquor stores in the Bay Area have each on two separate occasions sold winning lottery tickets for jackpots of more than a million dollars. These lucky stores and their addresses are listed in bullet-point fashion below.


The deadline to buy tickets for tonight’s Powerball drawing is 7 p.m. PT, with the drawing at 7:59. As they say in Las Vegas before they take your money, “Good luck!”

We've heard a lot about the upcoming Super Bowl 50 downtown street closures and resulting disruptions to Muni service, and SFMTA last Friday helpfully released a map detailing their predictions for how downtown

Even those who subscribe to tech luminary Marc Benioff's view that “unicorn mania.. [is] dangerous for our Silicon Valley economy," a warning he issued in a recent interview, are sure to marvel at