The Revenant is one of the most violent, grueling, and gory movies I've ever seen, and this is coming from someone who regularly watches The Walking Dead while eating dinner. As such, I wouldn't call the viewing experience...enjoyable. But it's impressive, very beautiful, and, at times, undeniably exciting.

If you're not a fan of Leonardo DiCaprio, this movie probably won't change your mind about him, but you may enjoy it more than his other films if only because you get to see him mauled by a bear, and then suffer from the after-effects of said mauling for over two hours. He also doesn't do a whole lot of talking, which, again, might be seen as a plus.

DiCaprio stars as real-life 19th-century fur-trapper Hugh Glass, who is forced to flee his North Dakota camp after it's attacked by Arikara Indians. He and his fellow surviving trappers and servicemen struggle to make their way to the nearest military fort, but when Glass stumbles upon a grizzly bear and her two cubs, he attempts to shoot the bear, and misses. The bear, justifiably pissed off, mauls the hell out him. He survives the attack — barely (sorry) — but his wounds are extensive, and the men are slowed down by his need for transport. Two men, and Glass's half-native son, Hawk (Forrest Goodluck), agree to stay behind with him, until he dies and they can give him a proper burial, or support arrives, all in exchange for a handsome payout. But one of those men, (Tom Hardy), gets tired of waiting for Glass to die, and makes some fateful decisions...

It's not giving anything away to say that Glass does not die (check the title's meaning, bro), and the majority of the movie follows his improbable crawling, limping, floating, and sliding journey back to civilization, (or the closest that could be found in 1823 North Dakota). Director Alejandro G. Iñárritu uses lots of the camera moves and tricks found in his Oscar-winning Birdman, like seemingly endless takes, a camera that spins 360 degrees around its subject, and, in a nice visceral addition, a lens that is constantly getting fogged up by breath or splashed with drops of blood and ice. He also spends a lot of time focused on the increasingly icy landscape, as well as filling the movie with plenty of dreamy, Terrence Malick-esque flashbacks to Glass's life in a native village with his child and the child's mother.

I was afraid that at over two-and-half-hours, the movie would get tiresome and boring, but it never did. Sure, there may be a few too many shots of those snowy mountains, but they also served as nice breathers between the carnage. And, as my mother pointed out after the screening, it's also full of useful tips on how to survive a brutal bear mauling in the middle of a blizzard-filled forest, such as, how to cauterize your own gaping neck wound, or how to stay warm through a snow storm when it's just you, your knife, and a dead horse. It's a win win!

Charlie Kaufman returns to directing with his first film since 2008's Synecdoche, New York, and, as one would expect, it's a suitably Kaufman-esque, stop-motion animated movie about very human things like loneliness, regret, and love, starring the voices of David Thewlis, Tom Noonan, and Jennifer Jason Leigh. Just don't bring the kids, unless you want to scar them for life with the vision of animated puppet sex. 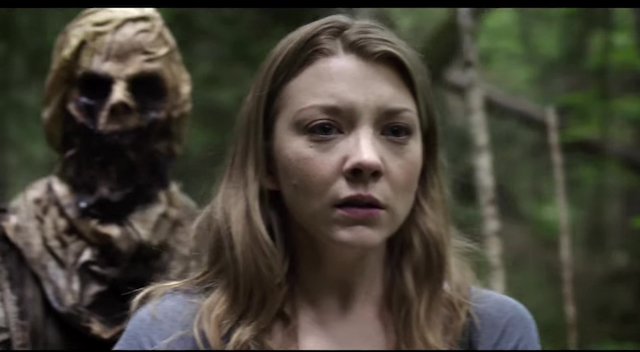 While The Revenant does take place in a forest, and is in many ways a horror movie, it's not actually this week's horror movie set in a forest. This is, and it stars Natalie Dormer, as an American woman searching for her missing sister in a forest at the base of Mt Fuji known to be a destination for suicides. Japan? Forest? Suicide? Oh yes, there will be ghosts.

This documentary is centered on previously censored audio interviews with Israeli soldiers who returned home after the Six Days War in 1967, and those soldiers' reactions to those same interviews when played for them almost 50 years later.

Following on a lawsuit filed against UCSF Chancellor Sam Hawgood in Alameda County in December, claiming he overstepped his authority in negotiating with the Golden State Warriors about the construction of their planned

—
SFist At The Movies: The Revenant, Anomalisa, The Forest, Censored Voices
Share this