When a female sea otter swam from the Pacific and into Monterey Bay Aquarium's Great Tide Pool this weekend, staffers said she "didn't demonstrate any interest in returning to the ocean" and now we know why: On Sunday at around 8:30 a.m., she gave birth to a pup, one that's pretty freakin' cute.

In the nearly hour-long video at the bottom of this article (come on, it's Christmas week, how hard are you working really), the Aquarium's social media/Periscope guy termed the baby "the most adorable animal in all of nature." Look at this picture and tell me he's wrong:


According to a post by the Aquarium on Facebook, "This beautiful little family has spent the whole day hanging out" in the tide pool, "feeding the pup and grooming it," KSBW reports. 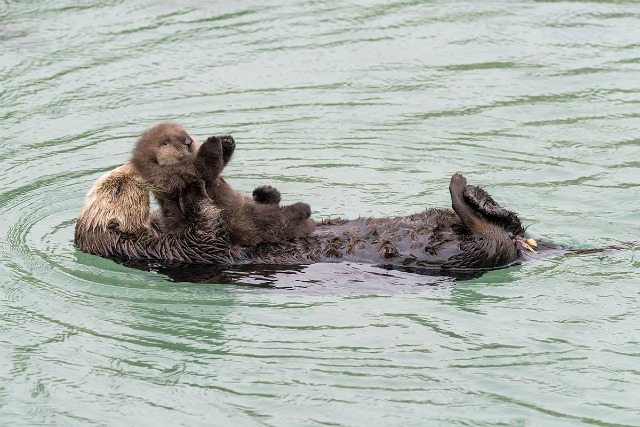 The grooming, Aquarium trainer Dan Albro tells KSBW, is necessary to puff up the baby's fur so he will float. 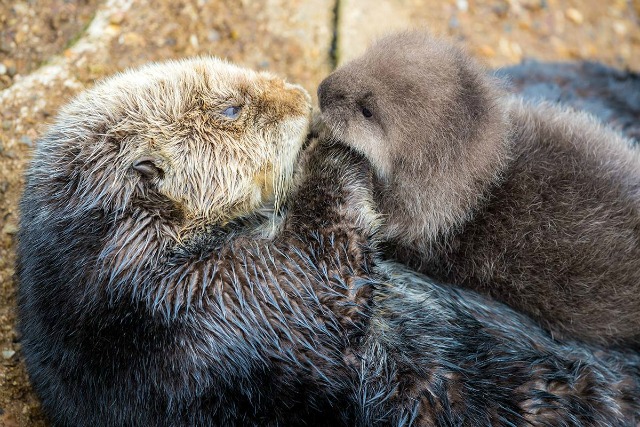 KION reports that while sea otters give birth all year, ones during the winter are rare.

But before you ask, nope, mom and pup will remain wild and won't be tagged or brought into the Aquarium, staffers say. "Mom may decide to head out any time," the Aquarium writes on their blog, and they won't stop them as "eventually they'll have to leave the area to get food," KSBW reports. 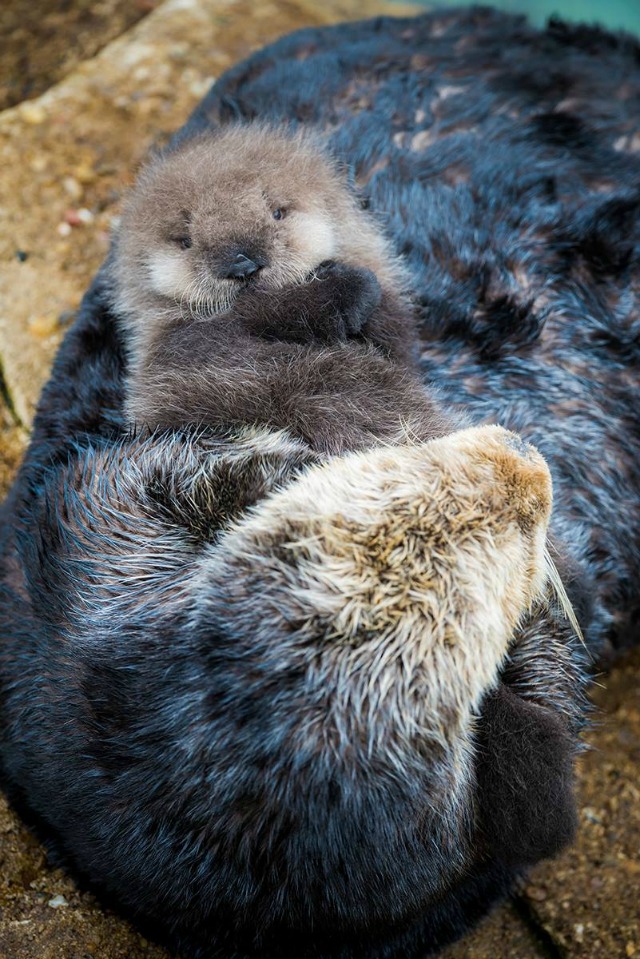 According to the Aquarium, by the early 1800s, sea otters had been hunted to near-extinction, with only 50 or so remaining in California.

"But now," they write, "thanks to legislative protection and a change of heart toward these furriest of sea creatures, the otter population has rebounded to steady levels in the Monterey Bay, and with 3,000 total in central California." Make that 3001!

In yet another example of the ways in which the newer denizens of New San Francisco don't exactly appreciate the place, local tech jerk Benedict Evans took to Twitter last night to vent