I'd love to have something to say about this little indie movie, but while there was a screening for critics, SFist was either not cool enough or TOO cool to be invited to that nerd party.

But really, nothing anyone — critic or otherwise — has to say about this is going to make any kind of difference. If you want to see it, you probably already have, twice! And if you don't, well...WHAT'S WRONG WITH YOU IT'S STAR WARS AND CHEWIE AND HAN ARE BACK!?!

I only wish I could go see it at the Coronet Theater, where I saw the first one (and by first, I mean fourth, but really, it will always be the FIRST). Alas, that can't happen. But I can tell you that what the Alamo chain has done to the New Mission is pretty great, and it's the closest you will get to seeing it in a classic old theater within San Francisco. Plus: cocktails!

The movie SFist DID get to preview — because I'M A GIRL I GUESS — was this comedy starring Tina Fey and Amy Pohler as sisters who decide to throw one last bash in their childhood home before their parents sell it. Tina Fey is cast a little against type, playing the fuck-up of the two sisters, and I gotta admit, I just didn't really buy her as a thick-black-eyeliner-wearing single mother with hair extensions. It's a role that seems like a more natural fit for Pohler, (even though she plays a sister that's pretty close to her Parks & Rec character, Leslie Knope). I guess Pohler just has bigger range.

It takes a little too long to get the party started — literally — but once it does (and once Maya Rudolph shows up, as Fey's high school nemesis) it's legitimately funny. It's not going to revolutionize comedies in general, or comedies centered on women specifically, but it does prove that when it comes to stories about emotionally stunted adults — a sub-genre dominated by dudes — Tina and Amy can do keg stands with the best of them.

Alvin and the Chipmunks: The Road Chip - Everywhere

The movie you won't go see, even though Star Wars and Sisters are both sold out, because you have some dignity left, right? 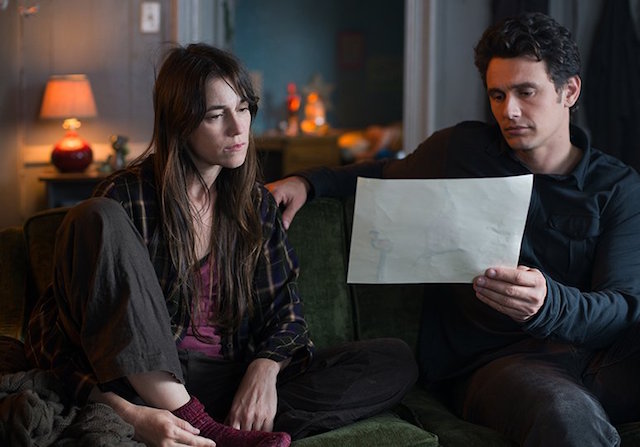 Every Thing Will Be Fine - Vogue

German director Wim Wenders brings us this drama starring James Franco as an author whose life is changed after a fatal car accident, leading to many, many, MANY years of self-examination. Costars Rachel McAdams and Charlotte Gainsbourg. So, I guess this is the movie you see after you've given up and seen the Chipmunks and now you just want to kill yourself.

Though it does not preclude the possibility of a trial in the future, accused and confessed Oikos University shooting suspect One Goh has once again been ruled mentally incompetent by an Alameda County

—
SFist At The Movies: Star Wars: The Force Awakens, Sisters, Chipmunks, Every Thing Will Be Fine
Share this