While it's not every week I see a retirement home hitting the open market, seeking all ages of renters for its SROs and three squares a day, it is every week that I see another sad example of the way young tech workers are living these days when they arrive in town clueless, homeless, and ambitious without placing much of a premium on dignity. I'm talking about these now common communal bunk-bed situations, of which there have been several highlighted in this column, and which, for most adults over the age of 27, look like the settings of their worse poverty nightmares.

But this is what kids are doing these days! And there's obviously a big market for them or there wouldn't be so goddamn many. This week, a cursory search of the first page of results on Craigslist rooms/shares came up with a half dozen, several of them down around Palo Alto  such as this one, which does look like it has nice common areas, but it should be noted there are zero photos of the bunk-bed sleeping quarters described in the text.

Here in SF, I immediately saw two that billed themselves as upscale. The first even had the nerve to put the phrase "Luxe w Bunk Beds" in the headline, which is just an oxymoron. It's also called a "creative peoples' house," which, also: lies. The text plainly says it's shared by "people in tech, finance, and some interns, also startups and entrepreneurs." I guess that fits someone's definition of "creative types," but not mine.

Just look at how creatively they've decked out the living room. 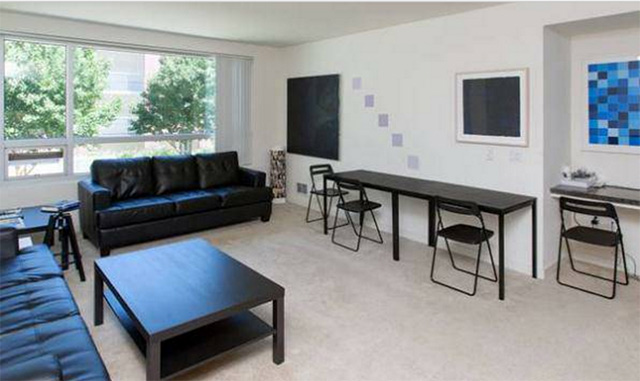 The only thing missing from that photo are four dudes who haven't showered in 48 hours hunched over laptops on those folding chairs while sucking on CamelBaks of Soylent.

This property may not even be the one that's currently got a space available  the ad comes from this outfit called RentAshare which has hostel-type apartments in SF, Palo Alto, and the LA area.

This is the sad bunk bedroom they advertise as "luxe." 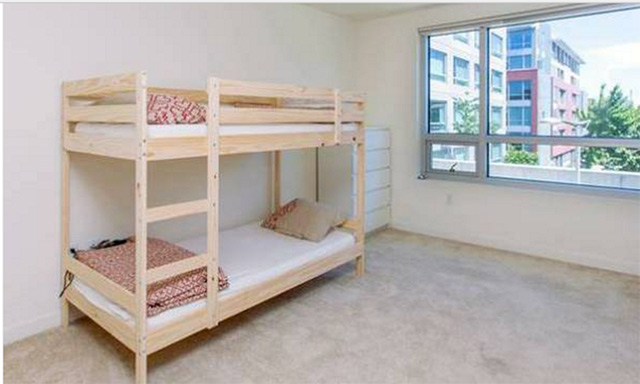 For $975 a month you can have no life  and no sex!  alongside an undisclosed number of other dudes  it has to be all men  who are also not having any sex and who also have no lives. And it's right in the heart of SoMa, at 320 Berry Street.

Maybe, just maybe, you can play video games together, though that is not mentioned as an amenity. Just free laundry, coffee, and wi-fi.

If that were not sad enough, let's move on to Example Number 2  oh wait this one's also at 320 Berry Street, allegedly, except the bedroom and kitchen are completely different! This ad from 14 days ago says there's a space coming available on February 12 for $1000 a month, and the description is slightly different, and more first-person. The headline: "Hacker House / High End Bunk Beds/ SOMA SF."

Again with the "high end bunk beds" oxymoron, and again the disingenuous sales pitch about communal sleeping: "Rooms have 2 bunks each. Thats 4 people. At first it sounds like alot, but its not bad at all. In fact I wouldnt go back to living any other way. Its SO FUN!" (Note the inability to use an apostrophe.) 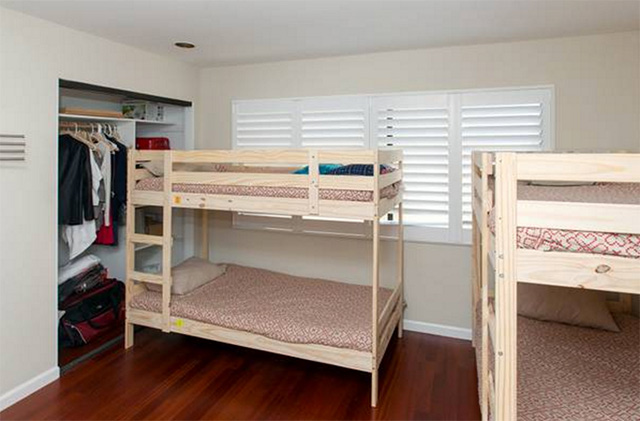 And nothing about those bunk beds is high end. Those are some cheap IKEA pieces of shit that are meant for children's bedrooms in lake houses and nothing more. Under the weight of a 200-pound man, they will squeak, wobble, and eventually collapse. And forget about it if you are over five-foot-ten. 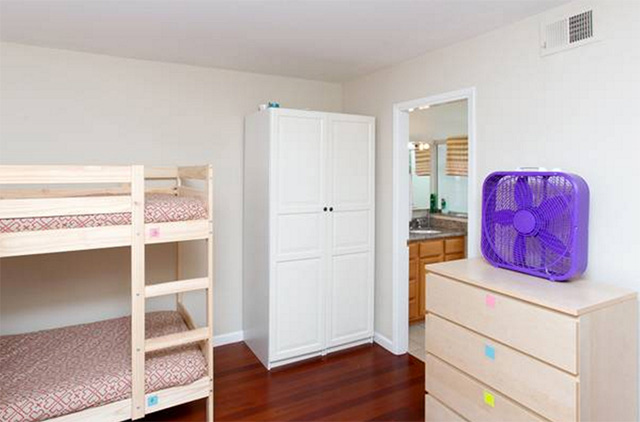 Here's the kitchen in which to prepare your microwave meals for one. 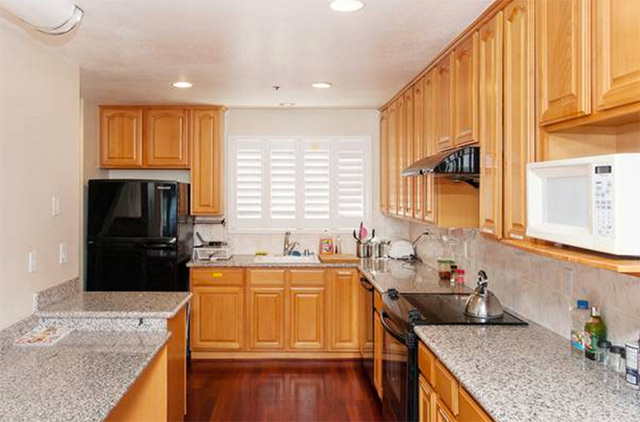 But there's an extra clue in this older ad that is not included in the newer "creative peoples" ad  this RentAShare company is looking to grow, and if you move in, you may even be able to work for them. "We are starting a new company to build a market place to grow this to a massive scale. Join US!" the ad says. So that's a little weird.

And do they actually think there are enough places in the country with tight housing markets and "hacker" populations of 20-somethings who can't afford real apartments? Because that's kind of a local problem, mostly.

If I have any words of advice for this startup, it's find a competent marketing person who can sell this rental product for what it is: cheap, sanitary, and temporary. Because "luxe" and "high end" aren't really working for you, guys.

All previous examples of Apartment Sadness on SFist.

An East Bay man was apparently channeling Al Capone, as a tip to agents of the California Department of Alcoholic Beverage Control (ABC) led not only to the discovery yesterday of an illegal