In any other year Pixar's The Good Dinosaur would garner the usual universal praise and go on to win an Oscar. Unfortunately, it comes the same year as the remarkable Inside Out, and it just can't help but pale in comparison. That said, it still stands well above the rest of the animated films released this year, and while it doesn't do anything revolutionary, it does the familiar exceptionally well.

The central premise is that the meteor missed Earth all those millions of years ago, so the dinosaurs lived, and evolved enough to talk and create agriculture ahead of man, who are only beginning to learn to walk on two legs and communicate. Arlo, the timid and smallest of three siblings that live on a farm with their parents, is the center of the story. During a storm he gets swept far away from home, and a tiny little caveboy is his only hope of getting back to his family. Arlo names him Spot.

The Good Dinosaur is basically a "Boy and His Dog" story, except in this case the boy is a dinosaur, and the dog is a boy. Like many Pixar movies, the story is a quest to return to family and home, and like almost all Pixar films, it has moments that had me bawling, and others that had me laughing out loud. (I'd see it again just for the scene with the Pet Collector and a bird named Debbie.) It's also filled with some truly amazing animated scenery that you would swear are actual rolling plains of grain, acres of trees, and storm-filled skies. It may not redefine what animated kids' movies are capable of doing, like Inside Out did, but I'll take it over a song-filled princess movie any day.

Director Ryan Coogler reunites with his Fruitvale Station star, Michael B. Jordan, for this seventh entry into the Rocky film franchise. Jordan stars as, you guessed it, Apollo Creed's son, who decides to follow in dad's footsteps by becoming a boxer, with good old Rocky Balboa as his trainer. And I'll tell you what, young Creed better wear the stars and stripes on his shorts or this movie is dead to me. 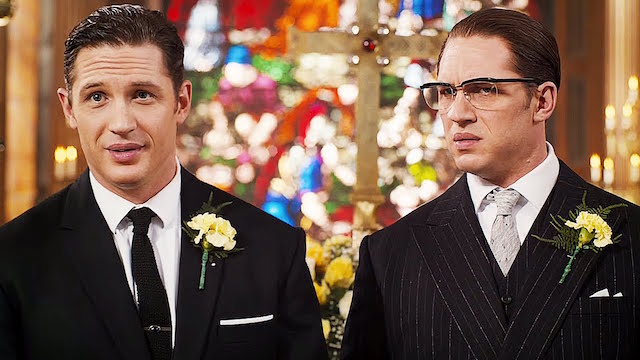 Another re-telling of the Frankenstein story, this time told through the eyes of Igor (Daniel Radcliff), and believe me, you do NOT want to know what his hump is filled with. James McAvoy co-stars as Dr. Frankenstein.

Presumably, you're making a Cheesegiving right now. [SFist] The [Bay Area Reporter] calls the San Francisco Public Defender's Office out for transphobia during a hearing in the attack on Samantha Hulsey. PD Jeff

—
SFist At The Movies: The Good Dinosaur, Creed, Legend, Victor Frankenstein
Share this