As Fast Company is not the first to observe, Donald Trump is a fascist. No new evidence need be exhibited, but here's some anyway.

There. At the bottom. The fear-mongering death-eater candidate cites the totally-not-a-thing "Crime Statistics Bureau" based in San Francisco.

The tweet, whose horrifying imagery should be a tip-off, is based solely in the imagination of one neo-Nazi with a Twitter account, as the blog Little Green Footballs discovered. They've screenshotted the now-deleted original tweet, which came complete with a modified swastika and the thoughtful remark that we "Should have listened to the Austrian chap with the little moustache."

Trump probably didn't know he was endorsing a legit neo-Nazi with a retweet. Here, an aside: Why do we call them neo-Nazis? They're just Nazis, people. But taking the "statistics" at face value and proliferating them dangerously betrays all too well Trump's demagogic desire to confirm his own racist beliefs and those of his would-be electorate.

The indefatigable Pulitzer Prize winners at Politifact went ahead and provided the real numbers in contrast to those provided by Trump. His claim garnered their coveted "Pants on Fire" rating, reserved for the most condemnable of lies. 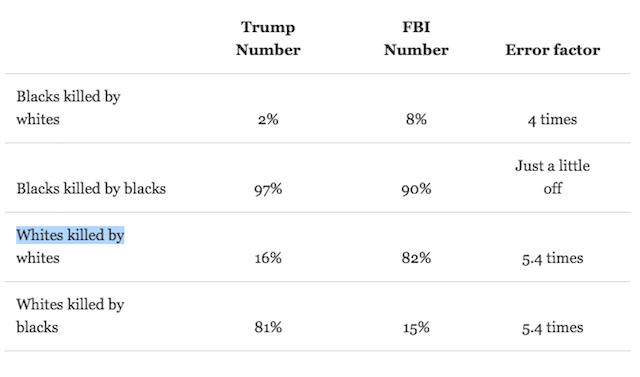 Also, thanks to Google for making the search term "percent of black people killed" point to the correct info from Politifact. In their analysis, they write "The most glaring inaccuracies have to do with white homicide victims. Trump cast blacks as the primary killers of whites, but the exact opposite is true. By overwhelming percentages, whites tend to kill other whites. Similarly, blacks tend to kill other blacks. These trends have been observed for decades."

After less than two months in business, Grand Fare Market on Grand Avenue in Oakland has closed. It was a pet project of Town Hall/Salt House partner Doug Washington and his wife

Just in time for Black Friday shopping mania, that pedestrian plaza that helps distract from the chaotic, never-ending Central Subway construction is coming back. The turf was getting laid over a week ago,