In a code "red panda" cuteness emergency, one of the five most adorable creatures at Sequoia Park Zoo in Eureka has escaped. I repeat: Masala the red panda is on the loose.

“She should be getting pretty hungry for bamboo right now,” Zoo Manager Gretchen Ziegler told the North Coast Journal of the presumably daring escape, which occurred between 11 a.m. and 2 p.m. yesterday. However, there is plenty of bamboo out there in the wild, and it's possible Masala has got her paws on some.

"We have no idea how she got over the fence,” Ziegler said. “It’s contained red pandas since it was built. Animals can do things you can’t imagine. We’re going to try to figure it out.”

"Zoo staff are concerned for her safety," Ziegler and team wrote in a Facebook post. "The last unconfirmed sighting was at 3 a.m. near H Street and the Golf Course. Cal Fire will be looking for her in the forest. She is wild, and the size of a large domestic cat. And she eats bamboo. If you see her, please do not approach, but immediately call Gretchen Ziegler, Zoo Manager. 707-499-3668. If you would like to volunteer to help find her, please call 707-442-5649 x 203." 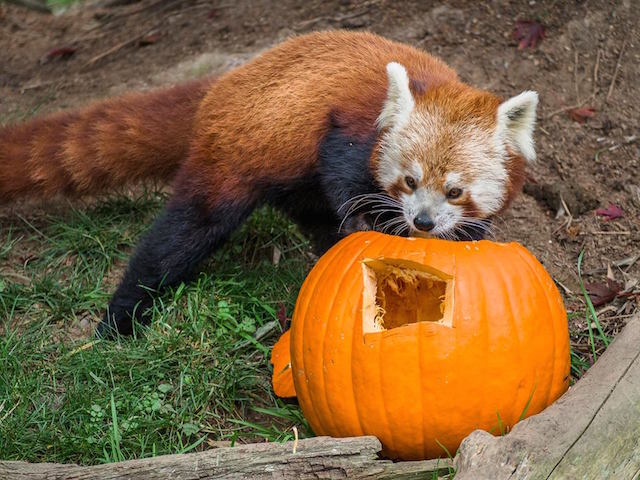 In case Masala is sighted, a portable kennel is near the zoo office at the ready, stocked with bamboo and an oversized net.

According to the World Wildlife Fund, "red pandas are very skillful and acrobatic animals that predominantly stay in trees." There are fewer than 10,000 individuals in the species and, scientifically speaking, they are very lovable.

Despite some public outcry over what's been perceived as the potential commercialization of the iconic Palace of Fine Arts, the Rec and Parks Commission voted this week to go forward with three of

The head of Apple's new streaming service is apologizing this week, after he suggested that woman, perhaps because they are woman (?) are confused by how to find music to listen to. Record producer