A "known historic resource" according to the City of San Francisco, Pacific Heights' 3800 Washington (between Maple and Cherry) is a "modified replica of the garden facade of Le Petit Trianon," the Versailles chateau gifted to a 19-year-old Marie Antoinette. But things ain't what they were when the first owners, whose money came from the wool trade, inaugurated the estate in 1904 with an appropriately themed Mary Antionette ball according to the Victorian Alliance of San Francisco.

I say that because most recently 3800 Washington was in the news when a squatter took over the vacant mansion put on the market, as Curbed reported in 2012, by money-troubled dot com guy Halsey Minor (he of Salesforce, CNET, and later, bankruptcy fame).

Anyway, the squatter dubbed 3800 Washington his "Thug Mansion" in a peculiar jailhouse interview (also noted: an obsession with Taylor Swift) after he was arrested on suspicion of stealing $300,000 worth of artwork from the property. "When I first saw it," he reportedly said, "I thought to myself, 'This is it. This is my headquarters. This is my thug mansion.'" Most of the stolen art has been recovered. 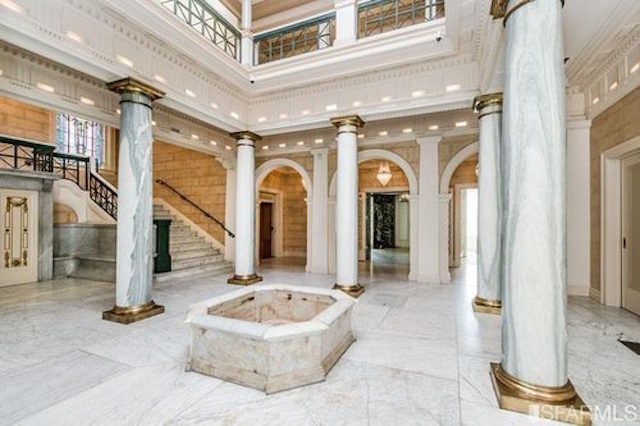 If "what's past is prologue," as Shakespeare wrote, god knows what's next for this place. But today, Curbed writes that the "embattled" property is under contract — meaning that after a slash in asking price from $25 million to $18 million, 3800 Washington has interested parties attached. It's not being shown to potential buyers anymore, but neither has it been officially sold. 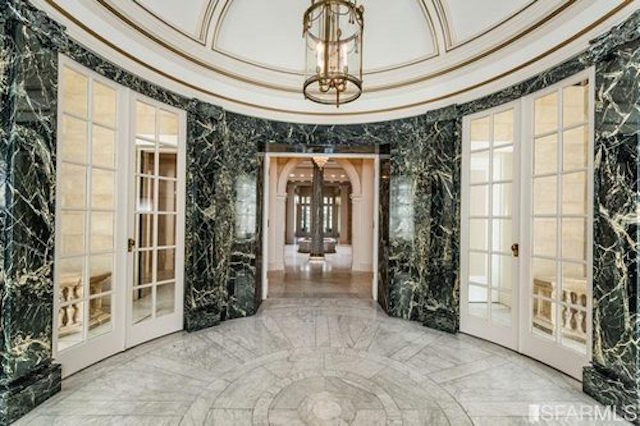 They say you can't put a price on a property's history. But given 3800 Washington's most recent bout of bad blood, that may be for the best.

Airbnb, the short-term rental platform that's become a bit of a bête noire lately, particularly for San Francisco progressives and housing activists, has just published a Community Compact and pledged to play nice

According to San Francisco's Friends Of Animal Care And Control "there are an estimated 120,000 dogs in San Francisco," but "only about 20,000 of them" bear a legally-required SF dog license.