"He owns the apartment building at 312 Fillmore St, San Francisco, CA 94117. This was after I inquired about what he intended to charge me for regarding the deposit upon move out. After I insisted on discussing the issue despite his refusal, he began hurling obscenities. This behavior is typical."

So it would appear.

Readers may recall Shelton's dirtbag antics from that infamous letter to his tenants last year in which he insisted — in violation of state and local law — that "the building policy/requirement of a current apartment applicant/resident is that they are able to establish that their minimum annual income is at least $100,000" and that all tenants have "a minimum FICO credit score of 725."

Indeed, Shelton eventually backpedaled, but lo, he may not see the error of his ways. 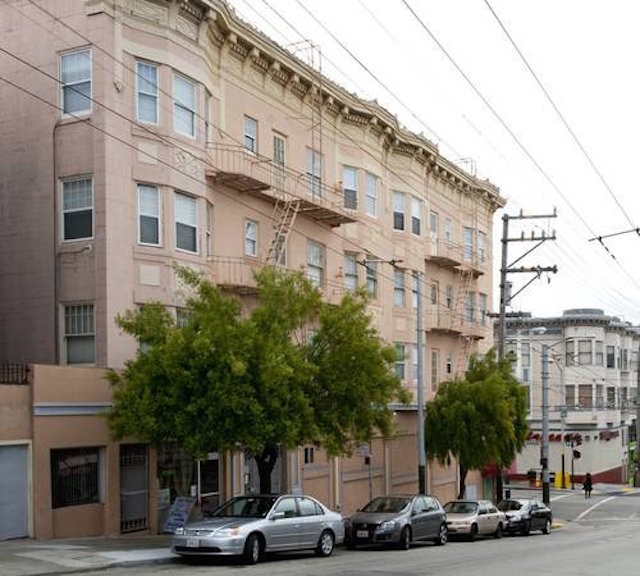 Now another Lower Haight tenant of Shelton's, Evelyn Rios, tips off Hoodline and writes to Reddit that he's up to his old tricks, or a new one, demanding a 100 percent rent increase despite her rent control. Shelton's lawyer, in the case of this tenant, is trying to invoke the Costa-Hawkins Rental Housing Act due to the fact that she's been traveling for work.

I’ve gotten a letter from [Shelton's] infamous attorney, Daniel Bornstein, claiming that magically after living in the same unit for 13 years, rent control is somehow no longer in effect for my unit, and demanding an astronomical 100% rent increase.

It’s unclear exactly what his claim is, but Costa-Hawkins is typically used when the landlord believes that the last original tenant on the lease (meaning me) has moved out, leaving subtenants behind. But that’s crazy, because I haven’t moved anywhere. Now I’m in a strange Kafka-esque situation, having to prove in an upcoming Rent Board hearing that I actually live where I live.

I’ve had to dig up and submit my driver’s license, car registration and insurance, voter registration, tax returns, utility bills in my name, renters insurance, photos of my furniture and belongings which fill the apartment, and signed declarations from my employer and others.

Anything and everything that basically proves my home is my home. All this while I’ve been traveling on a work assignment. And by the way, the Rent Board documents also clearly state that temporary absences for “work, travel and school” will not warrant a determination that a tenant has moved out  which I most certainly have not.

Now, just five days before the Rent Board hearing, he’s filed a three day notice, the first step in an eviction process.

The Rent Board hearing is set for next Tuesday morning. Stay tuned.

Indeed we will. Meanwhile, Rios and her co-tenants are are forming a tenants union, and she, a transgender woman, adds that she's endured alleged abuse. For example, he's outed her against her wishes and refused to acknowledge her legal change of name. "I've had panic attacks about it, I have trouble sleeping, nightmares," she tells Hoodline. I've had to take time away from the business project I've been working on... it's had a huge adverse effect on my life."

National seafood chain Joe's Crab Shack late last week told investors that the Houston-based company would abandon tipping at all of its hundred plus locations. The move, announced by parent company Ignite Restaurant

The massive mixed-use development slated for the block surrounding the Chronicle building at 5th and Mission, dubbed 5M, appears to be moving forward despite some controversy, and today we get word that Jane