Hanging today in The Cloisters of New York, The Hunt for the Unicorn Company is perhaps the most famous series of tapestries in human history, numbering seven in total, six of which survive in full. Likely designed in Paris but woven in either Brussels or Liège from 1495 to 1505, they consist of metallic threads, silk, and wool. Their still vibrant colors are the product of dye plants.

As the tapestries demonstrate, the hunt for a tech "unicorn" — a mythical company with magically high valuation before its initial public offering — has been ongoing for centuries. Thematically central to the tapestries' capitalist allegory is the invincibility of the magical unicorn entity, which wields power and potential profitability beyond mortal measure, but which is roughly calculated to exceed $1 billion dollars, contemporary U.S.

Simultaneously, of course, the unicorn's capture is acknowledged through artifice as fantastical: A feat perhaps best left to weavers and their dreaming.

"The Hunt for the Unicorn Company" tapestries were owned by the La Rochefoucauld family of France for several centuries, first noted in a 1728 inventory. They survived the French Revolution and in the 20th century were purchased by noted angel investor John D. Rockefeller, who hung them in his own castle before donating them to the Metropolitan Museum of Art in 1938.

In the first tapestry above, "The Hunters Enter the Woods," nobleman and venture capitalists (these are of course all men despite their long hair fashions) steel themselves to search for their target. Their fortune and fame — their very portfolios — depend on the hunt.

In this tapestry, the unicorn company kneels before a tall white fountain, representing bountiful revenue streams, with pheasants and goldfinches hanging on its ledge, their pairs signifying procreation and scalability. 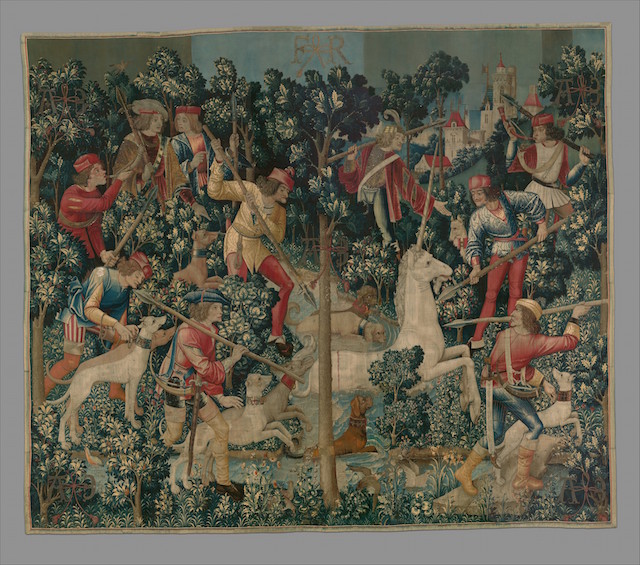 The Unicorn is Attacked

To deliver acceptable returns on the hunt, the assembled party relies on a limited number of spears and weapons, rendering crucial the magical billion dollar threshold the unicorn represents. 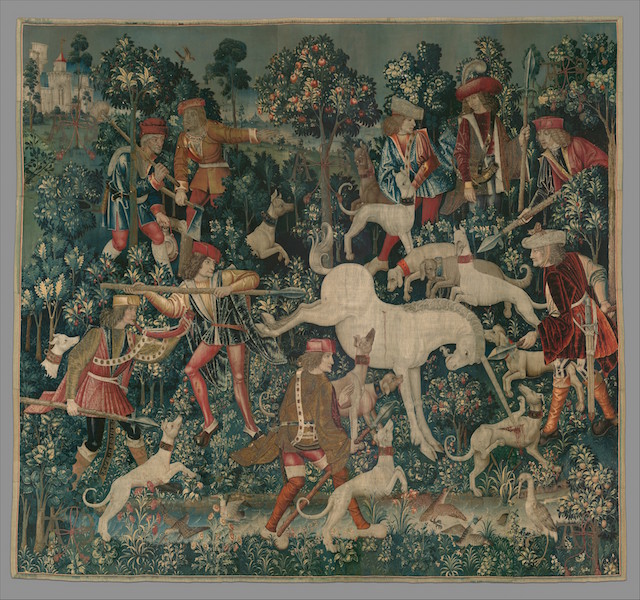 The Unicorn Is Nearly Sodomized As It Defends Itself

Often, however, the creature can prove difficult to tame, driven near-mad by the bilious forces of market speculation. Indeed, its very disruptiveness, the source of its perceived power, makes the unicorn a wild, unpredictable animal. 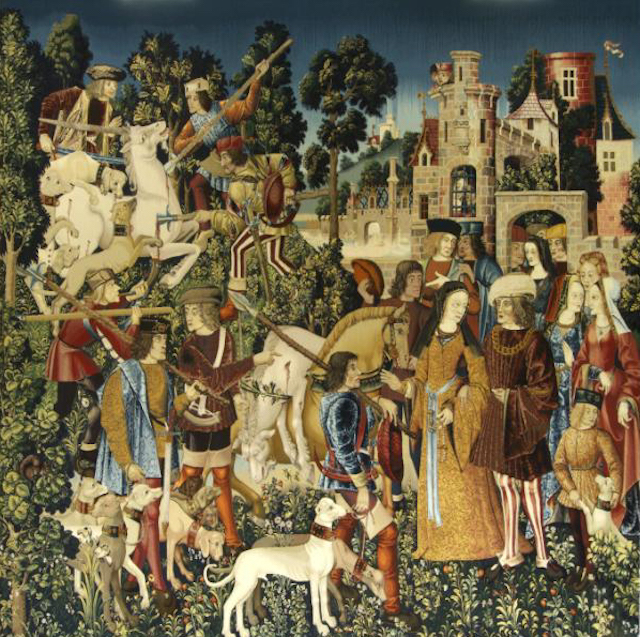 The Unicorn is Killed and Brought to the Castle

Eventually, at least in the realm of the imagination, the unicorn is slain — this is known as the "exit." The unicorn is then brought to the castle, an allegory for the market. 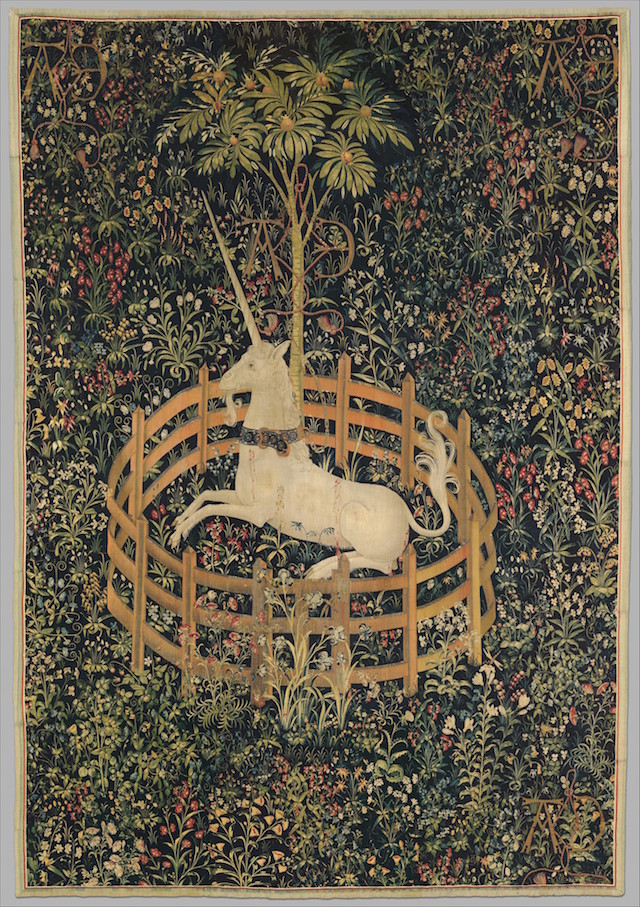 The Unicorn is in Captivity and No Longer Dead

The unicorn's death, of course, is a temporary martyrdom. Revived in the captive hands of shareholders, it is tamed, reigned in, and fed from a tree of pomegranates, a common representation of fertility, revenue, and growth.

As works of art, The Hunt for the Unicorn Company tapestries have an inestimable value. Although in this market, would it hurt them to be a little more accessible, or maybe at least get some banner ads?

Previously: Uber Investor: The Bay Area Bubble Will Pop This Year, And More Than Tech Will Suffer

The Unicorn Company is Found

A lot of you are probably sick of reading stories about affordable housing, moratoriums on building, Airbnb, and a bizarrely contentious fight over something called District 3, wherever that might be. For those

Facebook announced two changes to their platform this week, both of which are intended to make the experience of using the service slightly less annoying. The company is doing away with the "other"