Intersections are dangerous! We know this. And three specific San Francisco intersections have now been ranked among the most potentially deadly in the nation: Octavia Boulevard and Market Street (which has been noted frequently for its dangers to bicyclists and pedestrians in the past); Potrero Avenue and 16th Street; and the sprawling intersection of South Van Ness Avenue with 12th, Mission, and Otis Streets.

The city of San Francisco shared accident data from 2008 to 2012 with the driving app Waze, which then compiled the report that also covers LA and Boston. Quartz reported on the findings.

The report notes both accident statistics and describes what makes each intersection so uniquely dangerous for drivers and pedestrians alike.

"This enormous intersection has 17 lanes of traffic and 7 crosswalks. Between 2005 and 2012, there were 92 vehicle collisons here: 6 with bicycles, 12 with pedestrians, and 74 with other cars."

"Here, Octavia Blvd turns into an on-ramp for the 101 as it crosses Market St. Of the 42 collisions of cars and bicycles at this intersection between 2005 and 2012, six were categorized as severe." 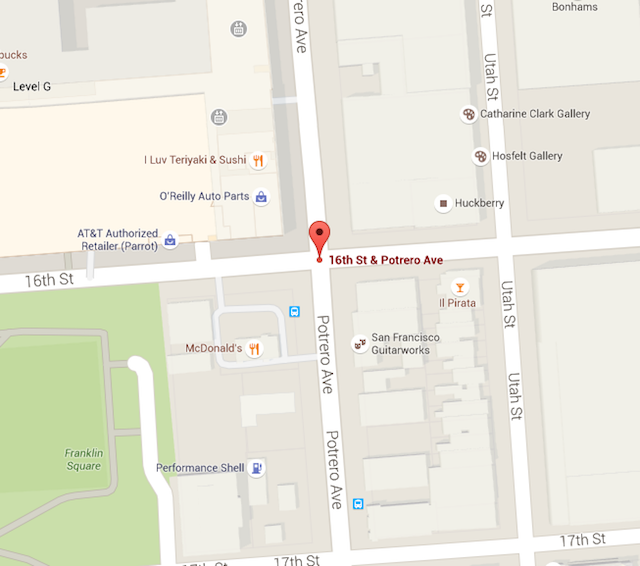 "On the periphery of the Mission district, this busy intersection features five lanes of Potrero crossing four lanes of 16th St. A pedestrian was killed at this intersection in 2013, and 10 pedestrians were hit by cars here between 2012 and 2013."

Walk SF, a pedestrian advocacy organization, notes that "12% of all streets in San Francisco — a total of 125 miles — account for over 70% of all traffic-related injuries and deaths (pedestrians, bicyclists, and motorists)."

Be careful out there, everybody!

Despite skepticism from anti-eviction activists, the owner of the building at 53-55 Walter Street where longtime tenant David Brenkus is facing an Ellis Act eviction has reached out to SFist to explain that

One of the side effects of Operation Boo: If you're not passing out candy on Halloween, you look like a sex offender. [SFist] Even after all this new development, "Mission Bay is not

—
South Van Ness/Mission, Octavia/Market Considered Among Worst Intersections In The Country
Share this