The long-running weekly dancehall reggae club Dub Mission has its 1000th show on Sunday night at the Elbo Room, with Subatomic Sound System and LUV FYAH joining DJ Sep and residents Vinnie Esparza and Maneesh the Twister. To mark the occasion, we talked to DJ Sep about the 19-year, 1000-show history of the Dub Mission dance night that has introduced us to so much great music, brought so many cheap Red Stripes and kept us out unreasonably late so many Sunday nights.

Yes, 1000 shows is a pretty impressive run for a weekly reggae club held across the street from a police station. 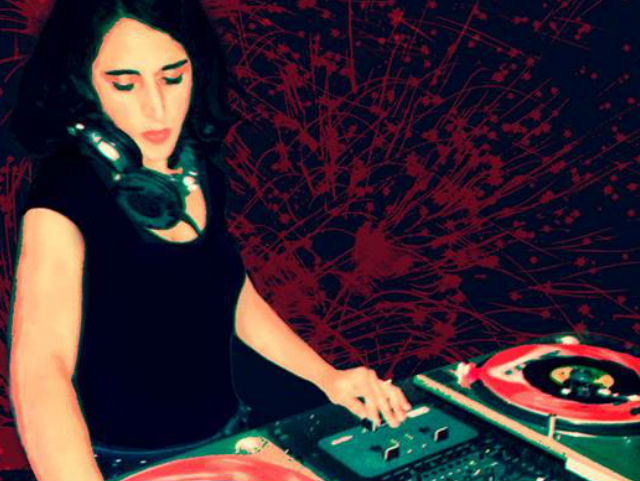 The very first Dub Mission was way back in 1996. It was called Dub Mission and was held at the Elbo Room, even from its first baby dub steps. But back then it was a monthly club night, not a weekly. The whole idea started when Sep got a phone call while doing her old radio show at KPFA.

“I became heavily interested in dub music,” Sep recalled “I got a call from a woman one night on KPFA saying. ‘Hey, where can I hear this music?’. And I hadn’t thought about that. So I thought, maybe I should start a night.”

“I went to some reggae clubs, and I had a different vision for what I wanted,” she said. “I wanted it to be a place where women felt comfortable coming by themselves.”

Dub Mission has been at the the Elbo Room since the club's inception. “Elbo Room looked different then,” Sep said. “We weren’t even on a stage. I was in what is now the back room of Elbo. And there was a window. I don’t think most people could see us. It really has had an evolution.” 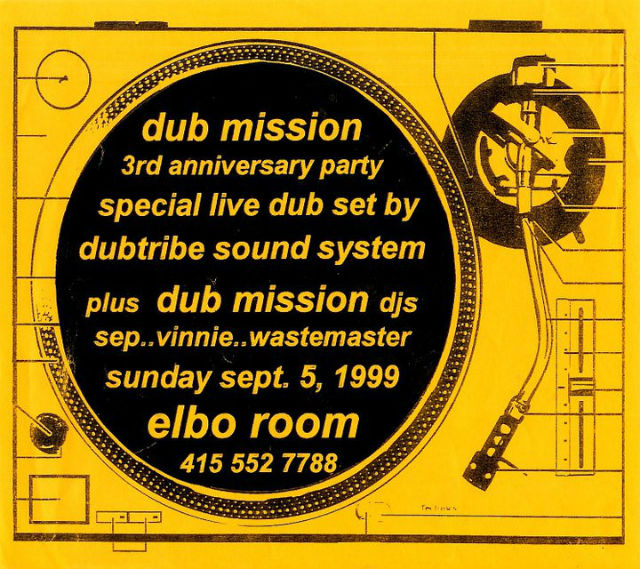 Three years in, Dub Mission was moved to the downstairs of the Elbo Room. An October 1999 fire at the nearby residential King’s Hotel (now the residential Hotel Tropica) rendered severe damage to the Elbo Room’s upstairs area.

“There was a residential hotel that caught on fire, and the fire progressed to the building next door, which was a hardware store,” Sep remembered. “There was damage. The club was closed for a little while. We did our night downstairs for a while, while the club was being fixed. And I remember going upstairs and besides the smell of smoke and water, I could see through the wall, into a hardware store.” 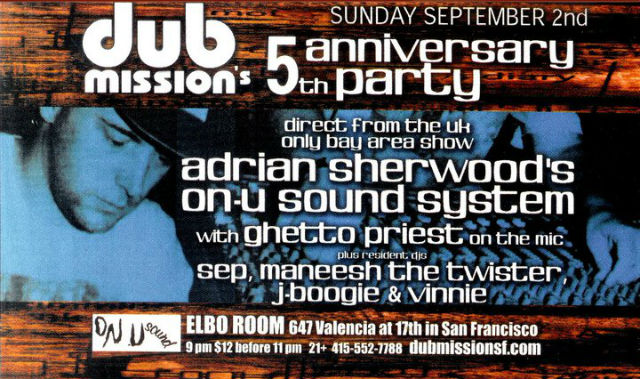 DJs Vinnie Esparza and Maneesh the Twister still remain onboard from an original Dub Mission resident crew that also included J-Boogie and Ludichris during those initial, lean years. “This isn’t a lucrative form of music to spin,” Sep said. “They really wanted to do it. It took a long time to grow. It’s been a journey of love for all of us.”

Dub Mission did grow, packing crowds, winning Best Of awards from alt-weeklies and attracting nationally known reggae acts and DJs to an increasingly crowded Sunday night Elbo Room stage. Maneesh the Twister told SFist why he thinks the appeal grew. "We've kept a foundation of dub and roots music while mixing in modern roots, UK steppers and dubby bass music which all have a common thread as the music evolves," he said. "And something unique about Dub Mission is that we play a unique style of reggae and dubwize music you won't hear at other parties."

DJ Sep remembers the moment when it really took off for her. “The fifth anniversary was the first time I thought, ‘This is the moment'." she said. "Our guest was Adrian Sherwood, who was heavily influential on me. It’s been a natural growth, and a slow one.” 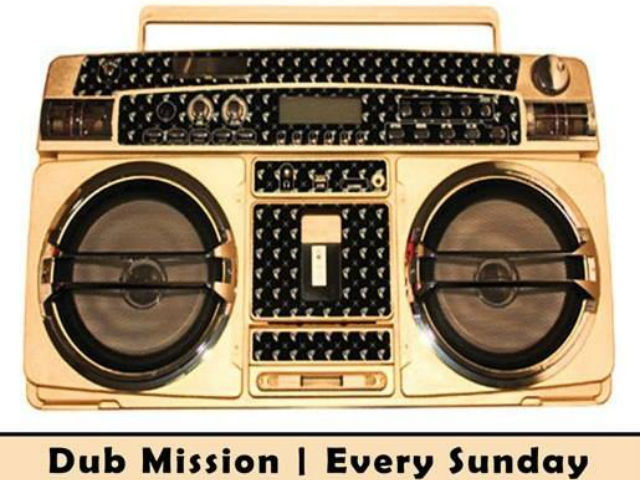 “I say Dub Mission is my first child,” Sep joked. She took maternity leave from Dub Mission to have her first (human) son in 2006 and her second son in 2010. “I didn’t take much time off. But anybody who’s had children knows that it’s impossible and really ill-advised not to take any time at all. But I love DJing, I never really wanted to stop.”

“When you do something weekly, it becomes a big deal in terms of your life, your schedule,” Sep said of these last 19 years. “My husband talks about the fact that our weekend is shortened. And that’s true. But if you know me at all, it’s hard not to recognize how important [Dub Mission] is to me.”

“It will be interesting when things change.” 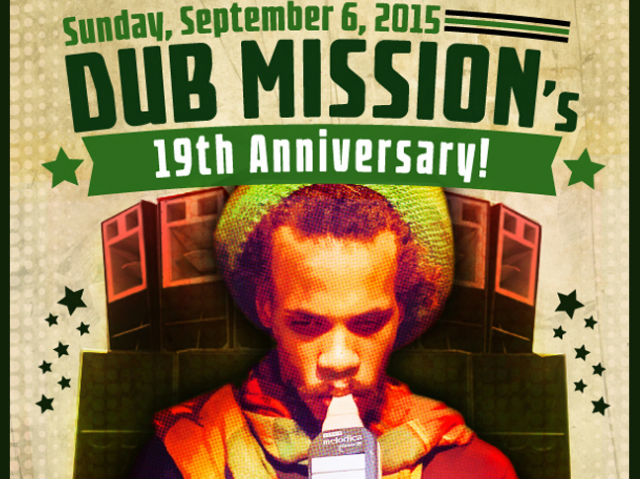 Regular readers of this blog know that the Elbo Room is losing their lease, though it has a reprieve until the end of the year with “monthly options in 2016.” DJ Sep tells us the Elbo Room will exercise some of those monthly options, and Dub Mission will continue at Elbo room for at least the first couple months of the new year.

“Elbo Room is not going to close ‘til March at the very earliest,” Sep said. “January and February are certain. But it obviously will close at some point. There is going to be a change.”

And what is that change going to be? There’s more big news for Dub Mission fans.

“We’re going to go monthly. We’re going to do the second Friday of every month,” Sep informed us, noting that Dub Mission will remain a weekly for the rest of 2015 and operate as a monthly party in the new year. “As far as what will happen [in terms of a venue], I don’t know.”

“I’ve looked at it as an opportunity to explore the next ‘What [Dub Mission] can be in addition to being a weekly party?’,” she said. “Doing a weekly has been great, but it’s also extremely time-consuming and there have been things in music that I haven’t been able to do because of it.”

“Most people don’t realize what massive commitment it is to keep that going.”

But that fire back in 1999 prepared Sep for the uncertainty of the Elbo Room situation. “It was the moment where you’re like, you know, things don’t last forever,” she said. “It was that moment where you learn very quickly that things can change and you’re not in charge, So this is similar.”

It happens every year (and somehow we get through it): Oracle's OpenWorld conference begins Sunday, which means street closures and traffic snarls in the Moscone Center area and beyond. According to the SF

Airbnb is in full damage control mode today, after a bizarrely passive aggressive ad campaign launched this week across San Francisco and drew instant and universal condemnation. The company has moved quickly to