"The building is crazy and it's a mystery," Danny Marks tells SFist of the former Harding Theater at 616 Divisadero, which he's hoping to give new life. While the 1926-built movie palace slumbers, vacant since the early 2000s, new restaurants and shops have flourished all around its Art Deco facade. Danny, who along with his brother Doug Marks owns Emporium, a group of three Chicago-area arcade bars, sees a path forward for the Harding as the fourth installment of their concept. 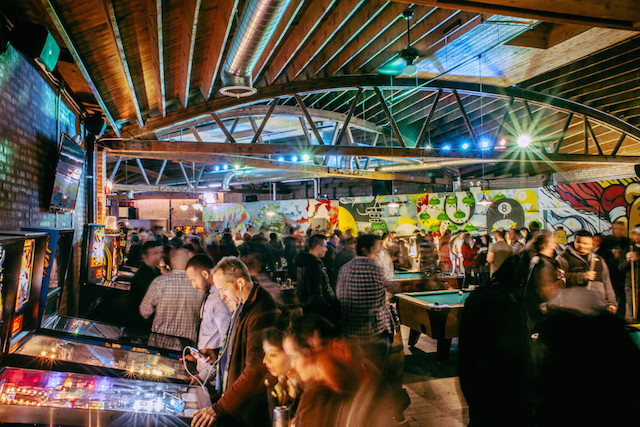 So, what everyone wants to know: When does the show start? Hoodline has been following the Marks brothers as they've attended neighborhood meetings, and they tell SFist that they're in the final lease negotiation period.

"We're pretty close, we've been out twice to neighborhood meetings, and those have been ranging for supportive to neutral." Danny admits there's "city red tape to get through... but nothing that seems insurmountable. Our sense is people are ready for it to not be a big vacant building." 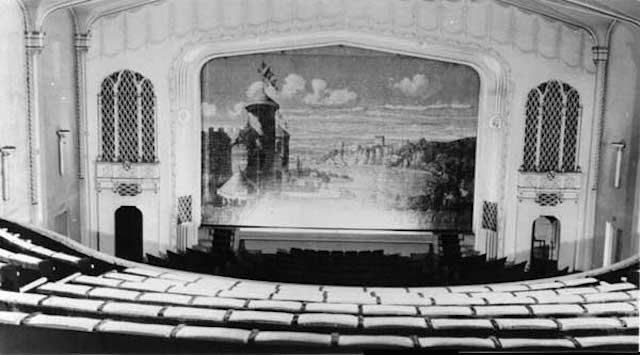 The timeline could look like this: "We're hoping that by the end of 2015 we'll be through most of our permissions, and then we can start doing our construction early 2016, and that will probably put us, if everything goes according to plan, opening summer or fall of 2016."

The buildings' owner, Michael Klestoff, has courted favor for demolition and condo construction at the site, but he's been met with resistance. As one local preservationist group writes,

In 2003, developers purchased the Harding with initial plans to demolish it to build 16 condos. In response to community opposition to the demolition plan and subsequent plans that would compromise its future use as a theater, the San Francisco Planning Commission conducted an historical resource evaluation. The Planning Commission concluded the Harding Theater is a landmark building. According to the City, "by multiple California Register criteria, the Harding Theater would appear to be both separately eligible and eligible as a contributor to the American single-screen Movie Theater resource type, in consideration as an historical resource for purposes of CEQA."

There are a number of ways to see that long drama — the property wasn't listed until 2013 —  but Danny puts it simply: "A lot of people fought to preserve the building, so it's sat vacant for a while. It's been difficult to find something that would fit," he says. "What can you do in a 100-year-old movie theater, with sloped floors and lots of unique design issues when you don't wanna do major construction on a building? You can't make it fit many uses. We started looking at it and thought it was awesome, in part since our spaces in Chicago are also older spaces we wanted to restore or repair. We're not about trying to recreate a cool space from scratch." 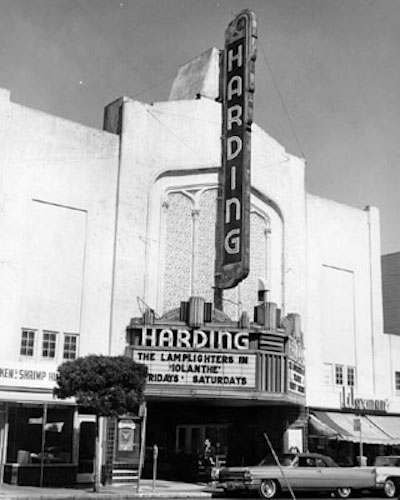 The plan for an SF Emporium involves different levels for the bar area and various arcade games, all in order to accomodate the sloped floor. The balcony could serve as a private area for group reservations.

So, if you've dreamt of playing Pac Man in a theater where the Grateful Dead used to play shows (fans might know they premiered "Hideaway" at the Harding in 1971), your chance could be coming up fast.

After inciting the wrath, and occasional death threats, from the entire internet last week, the founder of that Peeple app  dubbed the "Yelp for people" because it would allow everyone to review everyone

SF's median home price hit $1 million over a year ago, which is a lot considering how many of those homes are just flats. And now, as data from real estate site Trulia