Bad news out of SoMa this morning, so first: Are you sitting down? Preferably at a bar? Preferably at one Zeke's Diamond Bar — which just opened for the day?

You see where this is going. No use in any further throat-clearing: The well-loved sports bar is closing, for good, this Saturday, as Hoodline and Inside Scoop confirm. Ugh.

This, of course, comes just a day after word of Dave's closure, though that won't happen until that bar's lease is up at the end of 2015.

Eileen Chen, who has worked at Zeke's for twelve years and served as a partner in the business for last two, explained the situation at the 23-year-old bar to Hoodline.

In May, Chen's business partner—who managed the bar's financials—said he'd re-sign their lease as soon as he returned from a trip to Thailand. Unfortunately, while there, he died suddenly, and the lease went un-renewed, she said.

When Chen learned that the lease had expired and contacted the landlord, she was told that it was too late, she said. And while she was allowed to re-apply, the landlord chose a new tenant. 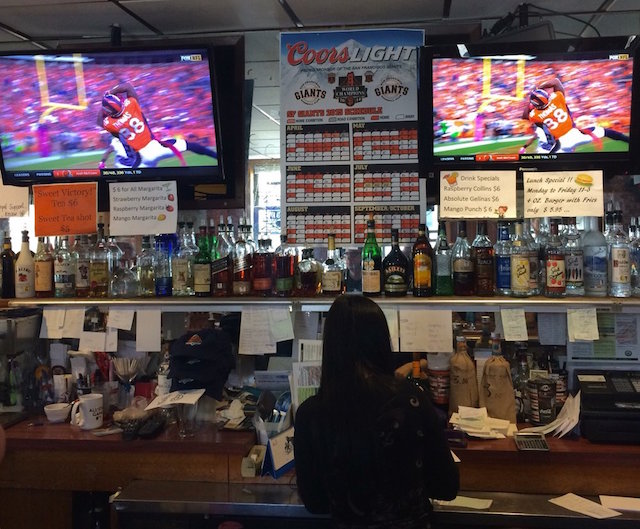 "The landlord didn't feel sorry about it, just wanted us out," Chen said. While Other bars in the vicinity "try to be fancy and charge you more for your drink," in Chen's words, that's not what Zeke's is/was about.

In addition to hordes of Packer's fans who frequented Zeke's on game days, apparently a crew from Wired magazine was, at one time, a bar fixture.

You may want to breathe deeply and consult this list of things that are still rad in SF to get you through the day.

Things went scarily wrong last month for a flight with a "revolutionary membership-based private aviation company," when the plane's door flew open after it took off from San Francisco International Airport. CBS5 reports

In the world of online media, saturated though it may feel, we should all be grateful for any new publications that open their doors in an age when so many have closed, or