In the words of the company, Doze is "Ideal for professionals, techies, parents, hourly workers (really anyone)." Located in downtown San Francisco's historic Hobart Building, Doze "is not a 'service' per se, but rather a place you go to find clean and quiet comfort amidst the dirty bustle of the city."

So when dirty old Market Street's got you down,"indulge in meditative peace, unwind, or nap, for up to 85 minutes (Subject to availability and membership level)." That's right, for just $79.99 per month you get four-day advance priority scheduling, two advance appointments, and eight appointment credits. Still exhausted? Doze premium is only $129.99 for seven-day advance priority scheduling, three advance appointments, and 12 appointment credits. 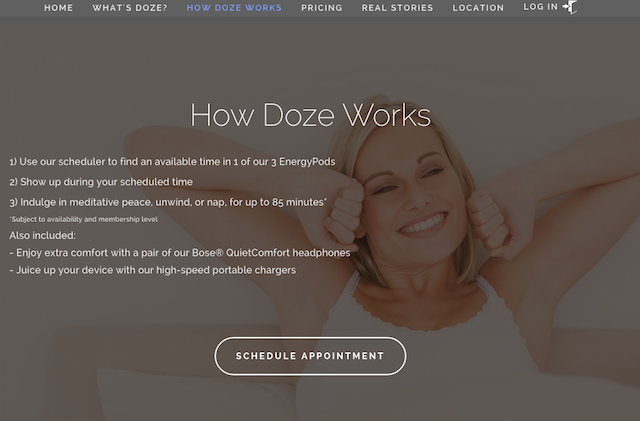 Writes Doze's Brandon Smith in a press release sent to SFist: "The concept was originally birthed after years of being an over-worked tech employee with no real options to fight daytime fatigue other than yet another cup of coffee. And after thinking about how incredibly unhealthy it is to regularly burden daytime fatigue, it became painfully obvious that something needed to be done about it."

Painful indeed. San Francisco's tech startups have sometimes been accused of catering to themselves or each other, which basically amounts to competing to offer better lunch delivery services. But Doze appears to be more an instance of the phenomenon appropriately voiced on Twitter last May.

OH: SF tech culture is focused on solving one problem: What is my mother no longer doing for me? 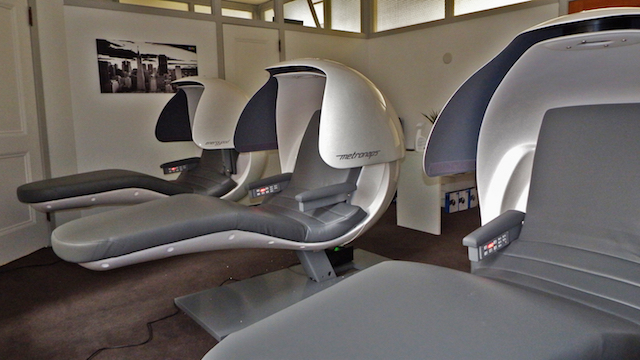 Related: How To Write About A Failed Startup: A 'Postmortem' Style Guide

Last night's supermoon / blood moon / harvest moon / lunar eclipse event, was the first of its kind to happen since 1982, and the last of its kind until 2033, so in case you forgot

Typically quiet Castro Valley, in the East Bay, saw a double homicide Monday afternoon. As NBC Bay Area is reporting, a male and a female victim were found dead in a trailer on