Last week SFist got a backstage look at the workings of The Phantom of the Opera's most famous prop —the chandelier. Anyone familiar with the show knows the chandelier has one big moment at the end of Act One, and this new touring production does something a little different with that moment, utilizing pyrotechnics and an explosion that rains shards on the audience.

Stage manager Heather Chockney led the tour, as the crew was rigging up the pyro for the second time that day. The chandelier is about ten feet wide, and although the crystals in the crystal chandelier are actually plastic, (there are over 6,000 of those plastic beads strung through it), it still weighs almost a ton, due to its internal workings. That knowledge should give those in the seats below it an extra thrill as it hovers over them through the entire show.

With each theater installation, the crew must first get a local engineer's approval, and whenever possible, they install it in the same place as previous productions of the Phantom, so new holes were made in the historic Orpheum Theater's ceiling.

During my first viewing of The Phantom, I sat in the orchestra section, under the chandelier, and yes, it's thrilling seeing that thing hurtle towards you at end of Act One. For the second viewing, I sat in the mezzanine, and while you don't have the thrill of possible death with those seats (unless you're drunk and stumble down the stairs), they actually afford a better view of the chandelier, as you're closer to eye level with the thing, and can get a better sense of the speed with which it falls.

The Phantom of the Opera ends its San Francisco run on October 4th, and tickets are still available . You can read my original review here. 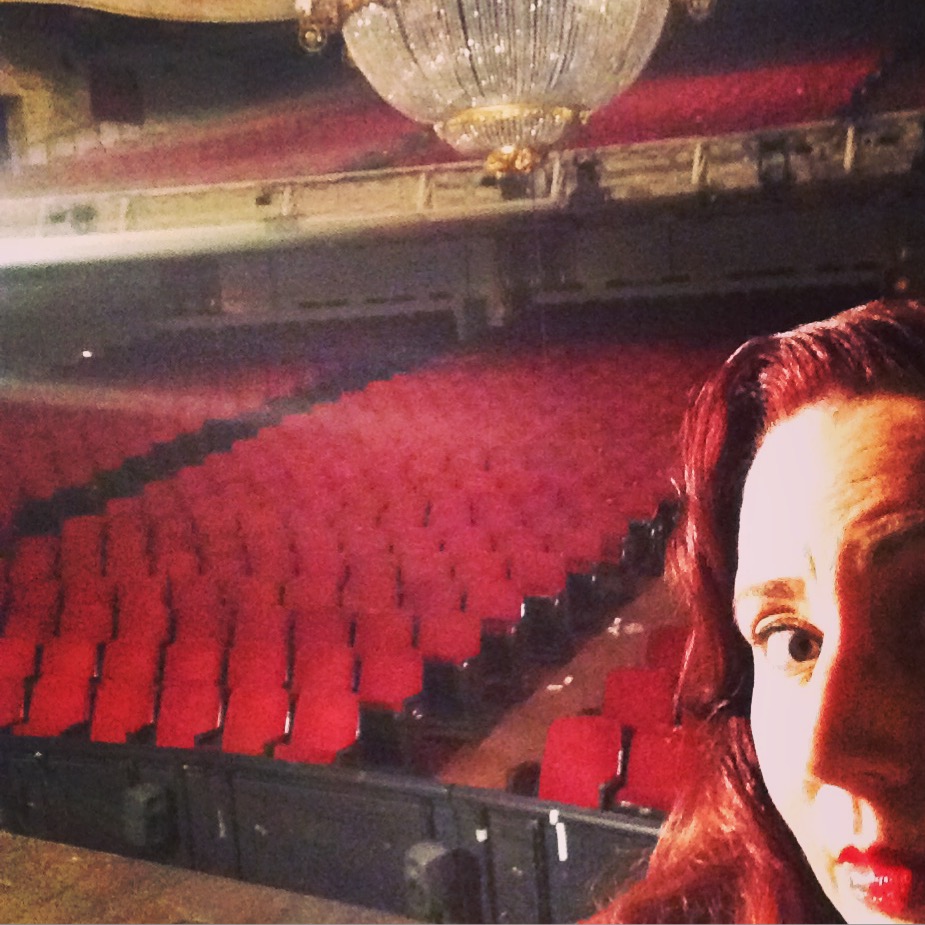 When one of my best friends told me she was getting married in Vermont in September, I really wanted to be happy for her. And I was because she’s great and so

—
Photo Du Jour: The Phantom Of The Opera's Crazy Chandelier
Share this