Hey look, it's another movie based on a television series! Guy Ritchie directed this one, and Henry "Superman" Cavill stars alongside Armie "Twins" Hammer. The TV series starred Robert Vaughn and David McCallum as spies, and aired from 1964-1968. (Mad Men fans may remember Sally Draper having an interesting...moment while watching an episode of the series at a friend's house.) This version chooses to stick to the Cold War time frame, which actually makes it a little more appealing than the usual modernization that goes along with these kinds of reboots/remakes.

Biopic about the genesis and rise to stardom of hip hip legends N.W.A., starring Paul Giamatti.

OK, Giamatti doesn't play Ice Cube or anything. He plays the group's manager, Jerry Heller. Who does play Ice Cube is kind of interesting though, since it's Ice Cube's son, O'Shea Jackson, Jr. But none of the other members of the group — Dr. Dre, Eazy E, DJ Yella, MC Ren — are played by any other heirs to their hip-hop crowns. Alas. 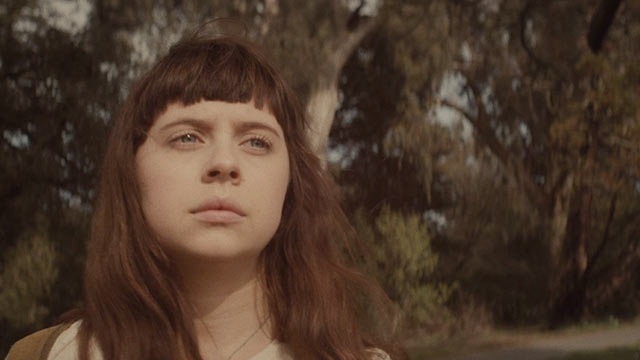 San Francisco in the 1970's was the best of times, and the worst of times. Diary of a Teenage Girl illustrates both. Read my full review here.

This documentary premiered to much acclaim on HBO a while back, but if you don't have HBO, here's your chance to see it on a big(ger) screen. And if you did see it, you probably didn't have director Brett Morgen showing up in your living room after you watched it, right? Well, he'll be at the Roxie after the 7 p.m. showing Friday for a Q&A. Signed books will also be for sale.

"It's the only town that goes in 6 directions," Brooklynite Phil Foster says of San Francisco in this 1956 travelogue, "East, South, North, West, Up, and Down." The gem of a short, shared

The will-we-or-won't-we game has begun with regard to the "Godzilla El Niño" taking shape off our coast, and this week we got the U.S. Climate Prediction Center’s monthly update which only

—
SFist At The Movies: The Man From U.N.C.L.E., Straight Outta Compton, Kurt Cobain: Montage of Heck
Share this