At the end of high school and the beginning of college, when I was beginning to study film, I was really into movies by the likes of Eric Rohmer and Hal Hartley, as well as Woody Allen's more serious fare. Those films were filled with the kinds of intellectual conversations I wanted to be having. As college went on, I began to have those kinds of conversations in real life, and no longer craved them in my entertainment. Then I got older still, and realized most of those conversations were pretentious and a bit insufferable, and I no longer really needed them in any form.

Woody Allen, apparently, still needs them. Problem is, his characters are beginning to repeat themselves. Irrational Man treads familiar Allen territory, with similarities to, among other Allen movies, Crimes and Misdemeanors and the academic world of Husband and Wives.

Joaquin Phoenix plays a philosophy professor facing a midlife crisis. Romantic encounters with a fellow professor (Parker Posey) and a student (Emma Stone) don't wrench him out of his depression, and he goes so far as to contemplate suicide. Then a chance encounter with a stranger leads him to the conclusion that a simple act of murder could be the cure to his existential doldrums.

The philosophical implications inherent in murder were covered with much more satisfaction in Crimes and Misdemeanors. And while Phoenix is always an interesting actor to watch, he's inert through much of the film (though he does have an impressive pot belly). Emma Stone and Parker Posey bring their usual quirks to their roles, but even they can't make some of the headier dialogue sound natural.

There are some moments of good dark humor, which keeps the film from sinking under its own pretense. But ultimately I wasn't entirely sure what the point of it all was, except to prove that some existential acts are best left undone — and unexamined.

If you haven't heard by now, this movie is terrible. So terrible, in fact, that the scathing reviews will probably provide more entertainment than the movie ever could. 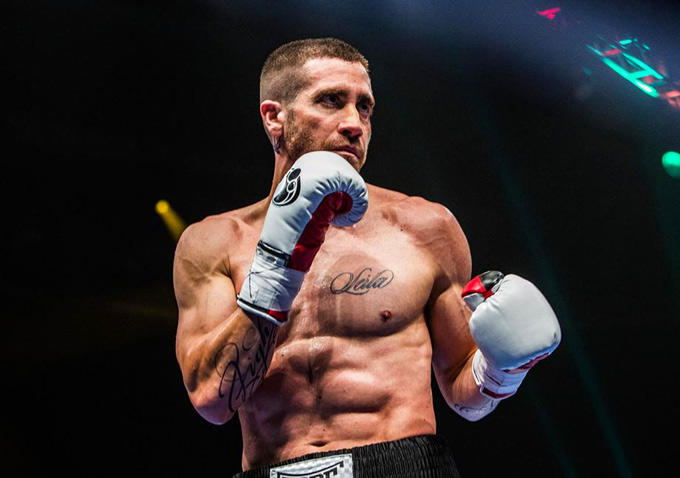 Jake Gyllenhaal, who recently revealed his true height on the excellent podcast Mystery Show, (want to know what that height is? Well, you better listen to it), obviously bulked up to play fictional junior middleweight champ Billy Hope. The weight restriction for that boxing class is 154 lbs, which, if Jake was being all method, and sticking to that weight limit, would mean for a man his height, he...

Well, actually I don't know what that means. I just know the movie looks really boring (oh look, there's Rachel McAdams in the suffering wife role!), and I'd rather just stare at this picture of his abs for 20 minutes than sit through the entire film. 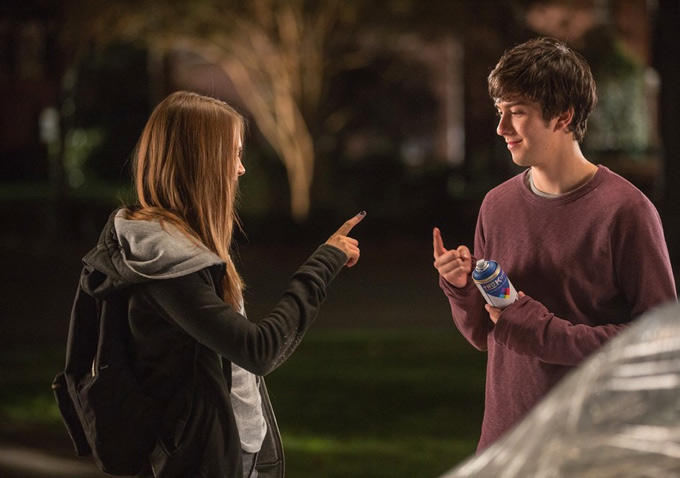 Movie based on the book by John Green, the author of another young adult novel-turned-film, The Fault In Our Stars. A girl goes missing, and her childhood friend, who also has a crush on her, follows the mysterious clues she leaves behind, leading him and his friends on a road-trip to find her.

If you live in San Francisco, or if you've lived here in the last few years, you've participated in this debate 100 times already. Why do we have an affordability crisis? Because we

A study confirmed what we all suspected: the San Francisco-Oakland area has a greater proportion of roads in poor condition than any other major urban area in the U.S. [Bay City News]