Ah, greed. Rather than pick a price based on comparable local units, one landlord in the Inner Richmond has decided to auction his crappy studio unit and only take applications from the highest bidders.

How's that for an asshole? Also, smugly, this person seems to believe that the above blurry photo, combined with the not-that-great location (Lake Street and 7th Avenue) is enough to sell this place.

Sorry, s/he calls this a "Super 1 br" though there's no evidence that this is more than one room and a kitchen. It's called spacious at 480 square feet, and has "Hardwood Floors, full kitchen," and it's "close to Geary/Clement St dining." Parking is included, which is worth a lot to some, but how high will this thing get bid up?

Below is the only other photo, also blurry and seemingly shot with a flip-phone from 2002, showing the bathroom.

Note, also, the toilet seat is up. WHO ARE THESE PEOPLE?! 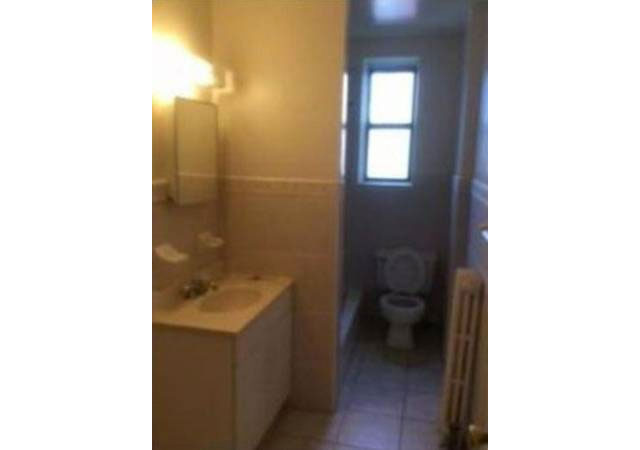 Listen, I don't begrudge landlords trying to get top dollar in this market, but how cynical is it to simply pit the desperate and well paid against each other to make sure you're getting the absolute highest price your neighborhood will allow?

And, sure, brand new downtown one-bedrooms might go for upwards of $3,000/mo these days, but does this guy think he's going to command those prices in the Inner Richmond?

And WITH THESE PHOTOS??

The ad just went up a few hours ago, and says they'll be accepting bids for the next five days, and will then deign to take applications from the top three bidders.

Does this sound like an attractive deal to you? Do you think you can snag this for under $2,000/mo and think it's a steal? Be my guest. But you're only contributing to the problem.

I would rather everyone just bid $550 and see what happens.

(I know. That won't work. And even if this were a dirt-floor basement with no window and an actual corpse rotting in it that you were forced to tuck into bed at night and refer to as "Uncle," somebody in this godforsaken town would still pay $1500 a month for the privilege. Stay tuned for next week when a tipster sends us an ad for a dirt-floor basement with a corpse in it.)

San Francisco Examiner photo editor Mike Koozmin joined a club that no one wants to be a member of Thursday morning: the fraternity of reporters robbed of their equipment while on the job.

In a town where ice cream flavors tend toward the simple and seasonal, "Pennsyl-tucky," an offering from relative newcomers ShakeDown Ice Cream, skews more toward wacky Ben & Jerry's than Bi-Rite. Williams-Sonoma's blog

—
Apartment Sadness: How Much Would You Bid For This Awful Cave?
Share this