Two years after formula-retail protestors drove off a proposed Jack Spade store in the Mission's former Adobe Books space, another luxury goods dealer has applied for space in another former arts hub. This time, Pagani Automobili, the "handmade" Italian car manufacturer behind some of the world's most expensive automobiles, has applied for a showroom in the former ArtZone 461 location on Valencia according to Planning Department documents reported on by Mission Local. However, the Planning Department appears to have concerns over the proposal, not least among them that the space is not zoned for a showroom. Therefore it's likely that for approval Pagani would have to follow a special process and rely on the support of existing Valencia merchants, who are already mixed on the idea.

461 Valencia Street between 15th and 16th Streets served as a home for the gallery ArtZone 461 from 2008 until last year, when doors closed due to what Mission Local reported at the time as "poor sales." A lease on 7,500 square feet of space became unsustainable, but according to ArtZone 461's site, the gallery still exists in a web format.

In a January request filed at the Planning Department, Pagani is listed as the lessee of the space, for which it is applying to make $45,000 in changes. Since that first filing, Pagani has applied for a letter of determination, according to a department spokesperson. "Use appears to be a new car dealership and is not allowed in the Valencia [corridor],” a note on the document reads. 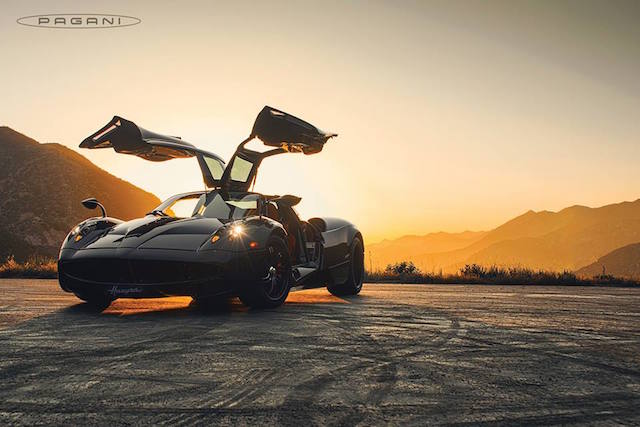 That note may signal a bumpy road for Pagani for which local support will be necessary. In an informal poll of Valencia retailers, responses were mixed. Mission Bicycle Company, makers of custom single-speed bikes, registered their opposition while Manuel Godino, owner of nearby Venga Empanadas, called the proposition "perfect" to Mission Local. “If we have something nice like the best cars in the world more people are going to walk north on Valencia,” he said. “I'm so happy.”

Digital Fix, a high-end audio and tech toy store, also registered their approval. More visitors to Valencia generally, its owner argued, would mean more business for everyone. “If you look at them as a brand they are definitely boutique.about as boutique as it gets... The fact that they have chosen Valencia is somewhat of a compliment.”

Pagani’s 61-year-old founder is Horacio Pagani, born and educated in Argentina and formerly of Lamborghini. The carmaker was founded in 1992 and is based in San Cesario sul Panaro, near Modena, Italy. Paganis sell for over a million dollars and have only been available in the United States since 2011. According to a local dealership that currently traffics in the cars, Pagani only manufactures 30 or so vehicles a year. That dealership, the San Francisco Bentley, Lamborghini, Lotus, and Pagani dealership at 999 South Van Ness, claims to sell 10 or 12 of them yearly.

Pagani's cars, like the "Huayra shown above, sometimes have what are colloquially called "The Doors of a Billionaire." The term is believed to have originated from HBO's series Silicon Valley.

A 28-year-old man was shot and killed Saturday morning in what police say is the 27th homicide for San Francisco in 2015, and the third such slaying in the city's public housing in

Fire is coming through the grates on the eastern span of the Bay Bridge going eastbound pic.twitter.com/8kMUeRYhMG— Todd Johnson (@todd__johnson) July 14, 2015 Officials are still trying to figure