The bathroom of Blondie's Bar on Valencia Street (between 16th and 17th Streets) became the scene of an armed assault on a 25-year-old man last night.

As the Examiner reports, a pair of men with a knife and a gun attacked the victim at around 11:28 p.m. Weapons were drawn during the struggle, but the victim was able to flee the bathroom where he was attacked.

His face bloodied, the victim approached his friends at the bar. They then flagged down a patrol car on the street.

The attackers, whom the victim pointed out to police, were arrested along with another woman.

The alleged assailants, later identified as Enzo Cestoni, 26 and Claudio Maciel, 19, were booked on suspicion of committing firearms-related felonies, concealing or destroying evidence, and assault with a deadly weapon with a gang enhancement.

Police allege that the woman, 18-year-old Selena Lennox, left the bar with the alleged attackers and had the gun in her possession when all three were detailed. She was also booked on suspicion of resisting arrest, weapons violations, and concealing or destroying evidence with a gang enhancement.

All suspects were picked out of a lineup, and police say there's a fourth suspect who isn't in custody.

The wounded 25-year-old from the bar was transported to SF General, though his injuries, a swollen face and nose, don't sound major.

Blondie's Bar was established in 1991, another Examiner article explains, and is named for its owner. 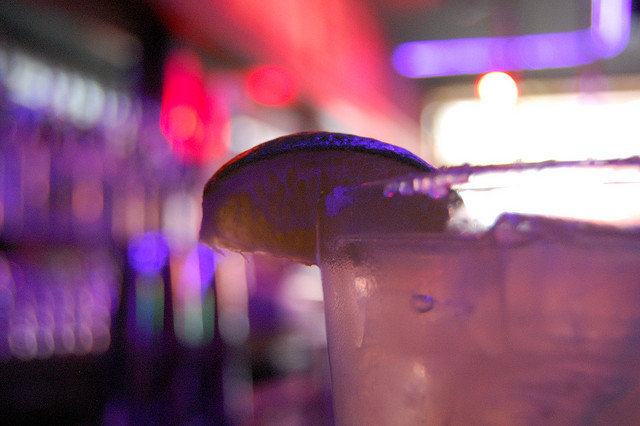 A Bay Area man was arrested Tuesday, after the dulcet tones of Marilyn Manson sent him to such heights of passion that he was allegedly compelled to begin pleasuring himself on the spot.

The United Food and Commercial Workers is now signing up California budtenders, trimmers, joint-rollers, and growers. [SF Weekly] That illicit Irving Street Quickly is now claiming it's not a Quickly after all. [Hoodline]