You gotta have money to burn.

Increasing costs have been the major complaint among the Burning Man faithful even before news broke that the festival would be taxed for the first time starting next year. Hey, building a city full of art from the ground up? That ain't cheap. These days, though, the popular solution to meeting one's monetary needs, from transportation to constructing the artwork of your dreams (and occasionally other people's nightmares), is just to burn someone else's cash, i.e. start crowdfunding.

Not surprisingly, crowdfunding has become a matter of a little controversy among the burner community lately. As one burner forum explains, you can't just ask for a handout, you need someone to invest in your art. You need patrons, and you need to give them something to look forward to.

But with a flood of projects fundraising all at once, things can be overwhelming. At one point, the burners of Reddit even discussed whether or not to allow Kickstarter, Indiegogo, and Gofundme fundraising posts on their dedicated subreddit. And an opinion piece on the Burning Man blog points out that granting rewards on the playa for donations made beforehand disrupts the entire Burning Man economy.

But things change. Burning Man's not on Baker Beach anymore. Elon Musk and Grover Norquist love it there. So why shouldn't there be an array of weird, wacky, and just plain egregious crowdfunding campaigns for questionable artworks and camp supplies?

Below, we bring you a collection of these, and some ratings of their worthiness.

This is public art at its finest. Unicorns: They're not just in Silicon Valley anymore!

Strong project, cool that people are coming to the playa from outer space.

Dude's worked on an "alien siege machine" and a "trojan horse." Not sure we can trust him.

Points for exploiting this adorable child who will surely love the giant monster you're building.

Good project. This needs the money, guys. Surely someone will be crushed to death.

Just going to avoid all the iffy appropriation stuff. That PT cruiser tho? 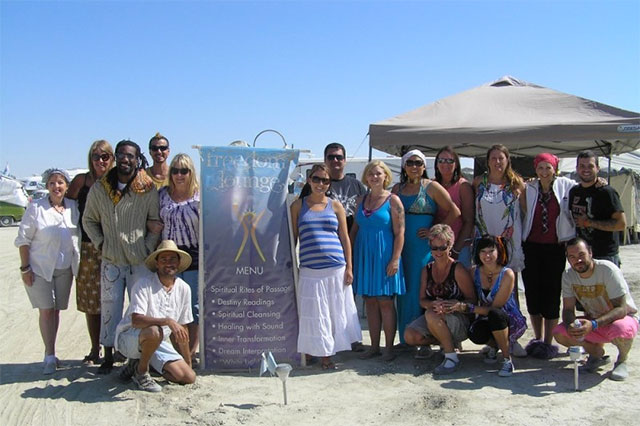 This group has been creating a 'Freedom Lounge' camp for the past ten years, and they're just asking for $5,000 so that they can offer you some more "art, sex, [and] spiritual journeys." And for every $50 donation they'll give you "Mega Blessings." So, obviously: worth it.

Related: Look Out For This Enormous, Functioning Typewriter At Burning Man
Burner Air Will Airlift The Burner Bourgeoisie To The Playa For Just $2200

A new barbecue spinoff of the upscale 1300 on Fillmore, dubbed Black Bark BBQ, is set to open across the street this fall, possibly as early as September, as Eater is reporting. The

Richmond SF posted this video from a reader that was shot around 7:30 p.m. Monday evening, as the sun was setting near Seal Rock at Ocean Beach. It was "shot from

—
Pay To Playa: The Weirdest And Worst Crowdfunded Burning Man Projects
Share this