Essentially spewing hate speech and threatening LGBT people in effigy, vandals have for the third fourth time defaced the "Por Vida" mural depicting gay, lesbian, and transgender Chicanos on 24th Street in the Mission District. This time, they lit it on fire. Mission Local reports that the flames were set last night after 11 p.m. and were quickly extinguished.

The work, which is a digital print commissioned by Galería de la Raza, was designed by Manuel Paul of Maricón Collective, a group of queer Chicano artists. As the Chronicle reports, the mural has only been up since June 13th. 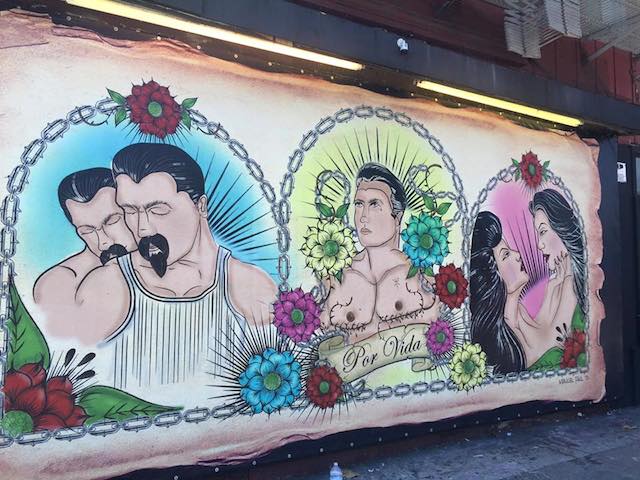 Three days after its dedication and following threats on Facebook, someone sprayed blue and red paint over the faces of the mural’s subjects.

Gallery workers, undeterred by the vandalism, replaced the mural on June 18 with a fresh print at a cost of $3,000.

"We knew it was going to happen and we braced for all of this," artist Paul, whose main concern is the safety of queer people in the Mission, told The Advocate after the first attack. "What we were concerned about is that those people are  pulling pictures of kids wearing the Maricón Collective or Maricón shirts and saying, 'If you see this kid on the street, show him and beat him up.'"

Sadly repeating the pattern, three days later the mural was vandalized again. The local media has been covering this all along, and we've only mentioned it in brief, in part out of shame for the Mission. 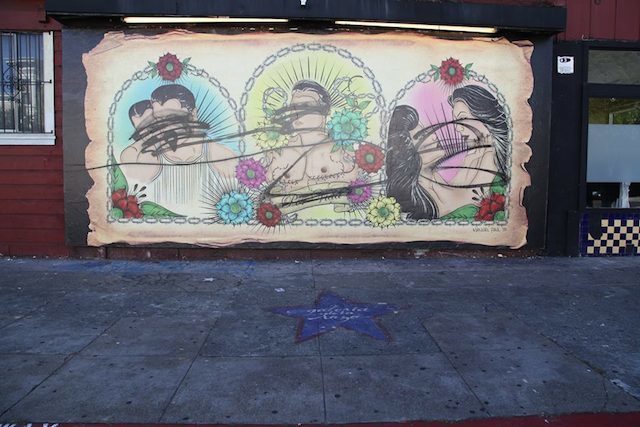 “We have to consider a lot of things, including the safety of our neighbors upstairs,” she said.

See and be seen at these select San Francisco shows, parties, and events. You know, because you can't read the Internet all the time. TUESDAY, JUNE 30 STORYTELLING: Storytelling as standup. That's the

In its first full month on the market, according to one data source, the Apple Watch failed to outsell the already popular health monitoring device the Fitbit. The SF Business Times reports the