Do you know the Truffle Man? The guy who sells edibles in Dolores Park?

With the southern half of the park now closed, the verdant new northern hemi-park saw plenty of action this weekend, if not enough trash and recycling action. And, as SFist can report, a certain chocolate entrepreneur has survived the great migration, signature straw hat and all. Some good things about San Francisco never change, like the Truffle Man's iconic copper pot truffle baskets and his classic pricing structure of 1 for $4, 3 for $10 and 7 for $20.

Truffle Man a.k.a Truffle Guy a.k.a. Chester Copperpots a.k.a. Trevor honed his business at Hippie Hill, as the origin story goes. Briefly, it was rumored he might have thrown in the towel, but it mercifully wasn't so. And these days, everybody knows he's got a Yelp page to call his own, one glowing with 76 reviews and an average of 4.5 stars.

But what do people actually have to say about Trevor and their experiences with his product? From psychonaut "research" to dramatic short stories to comments on Trevor's undisputed attractiveness, it's all there, and the best of it is here. 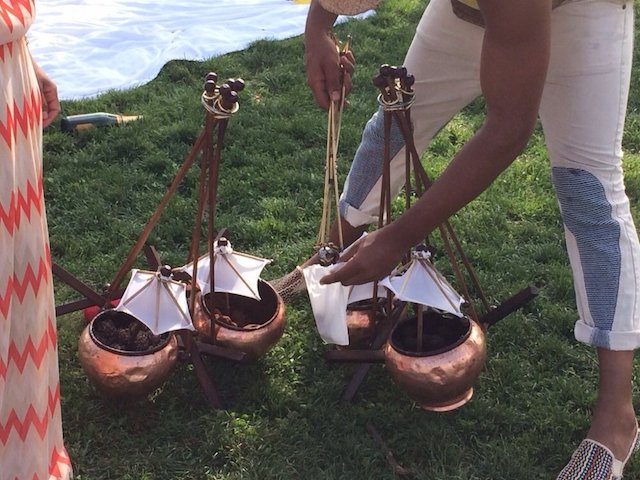 Definitely one of Dolo's founding fathers. Having him meet the coconut rum guy was probably one of history's greatest moments. Thanks truffle dude. You've impacted the lives of many. — Alyssa B

Always looking fresh as hell in his fedora, his copper tins can be seen from the other side of the park. These tins are the ultimate dessert distribution system; stylish and effective at the same time, while shielding the truffles from the sun with the little white tents.... A phenomenal deal for an experience that is sure to bring you pure bliss. Some may argue that one is enough, but two are definitely doable if you're completely sober starting out... These truffles are rich, creamy, and simply mouthwatering. No strange aftertaste like what you would get from cookies. Just pure joy. Half an hour in, I tripped and ripped my jeans thinking I could successfully fly and tackle my friends. Then came Clarion Alley, 90 oz boots of Spaten, and plenty of munchies. With a simple chocolate product, this man altered my perspective on life. He is a saint, a miracle sent from the cannabis gods (Snoop Lion?), a prime example of why San Francisco is and always will be the greatest city on Earth. —Dmitriy S. 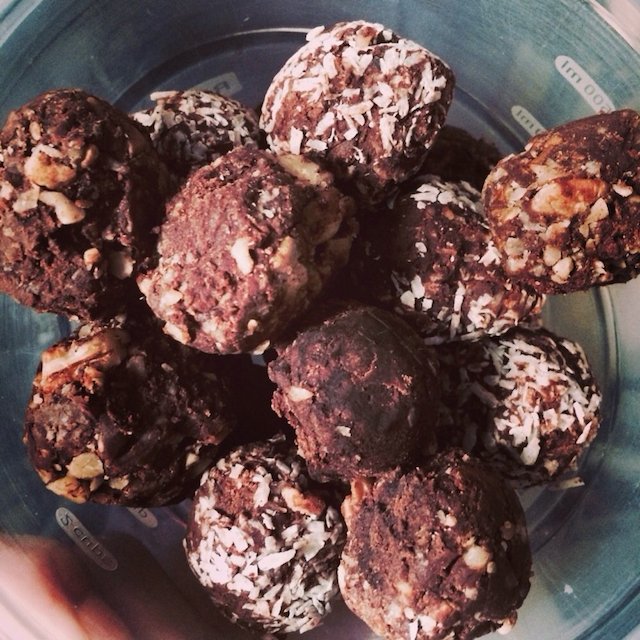 Some Trufflers, it should be noted enjoy using coded language. That's a good idea seeing as Trevor is our friend and it's important that his business remain vague and delicious.

It's a nice treat on a sunny afternoon at the park when you forgot to bring dessert. Adds new meaning to the term "Chocolate Wasted!!!" Yelpers, please keep your descriptions vague to protect our buddy. Some people can be so oblivious to the realities of life and end up ruining a good thing for the chance to be publicly clever. — Segue P

$10 for three truffles that would be a chocolatey bargain even if they weren't strangely inoculated with some kind of oregano. Further testing is needed. — Kevin L

BEST TRUFFLES EVER. I got rum, espresso, and pecan. Freaking amazing. Honestly so delicious and they have this weird way of making you feel great. Thanks for hooking it up yesterday!! Definitely gonna come back and stock up before Coachella!! Truffle man--you da real mvp — Jana J 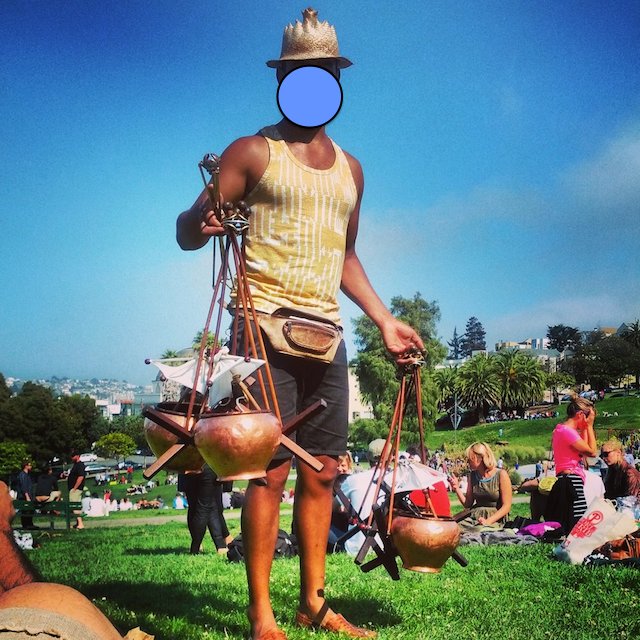 Some patrons, but very few, question the product's potency. Others, meanwhile, remark on it.

I gotta say, he's been getting sheist with these truffles, man. The first few times I had em just one was great. But recently? One is almost nothing, even after a few hours. It's bummin me out! — Gisela I

One full truffle, fully ingested. We were waiting for it to kick in but it was starting to get cold so we bounced and started our journey home. And ohhhh boy, that's when it hit us. I kept having to tell babygirl to put her sunglasses on but she wasn't having it. That was basically our conversation for most of the ride back... Got home, took a nap, woke up and I was STILL feeling the wrath of the truffles and when I woke up in the morning I was a little scared thinking... is it gone yet? Sidenote: Truffle man told us that if we kept the goods in the fridge they'd be good for a "couple of months". Had some in there for about a month and tested them out at Rock The Bells - yup, still potent. — Annie. C

Effects:
-Distorted sense of time and dimensions
-Paranoia
-Magical thoughts about Harry Potter
-Short-term memory loss
-Rapid heart rate
-Dry mouth
-Thinking your friend who studied engineering is suddenly a doctor
-Googling if you are going to die
-Laugh attack
-Tumbling down the hills of Dolores Park
-Cravings to eat and talk to a PBR, finishing 3 cartons of Bi-Rite Ice Cream, and a Burrito
-Extreme dizziness (so dizzy you make someone else feed you tortilla chips)
-Buying a balloon monkey or a Ukulele and naming them after Sexy Truffle Man
-Buying a ticket for Rocky Horror Picture Show which turns out to be MAJOR weird

I would continue, but don't remember ..most likely passed out. Thanks coworkers.
[Note: Side Effects may vary for each individual depending on how many magical truffles you eat.] — Stephanie M. 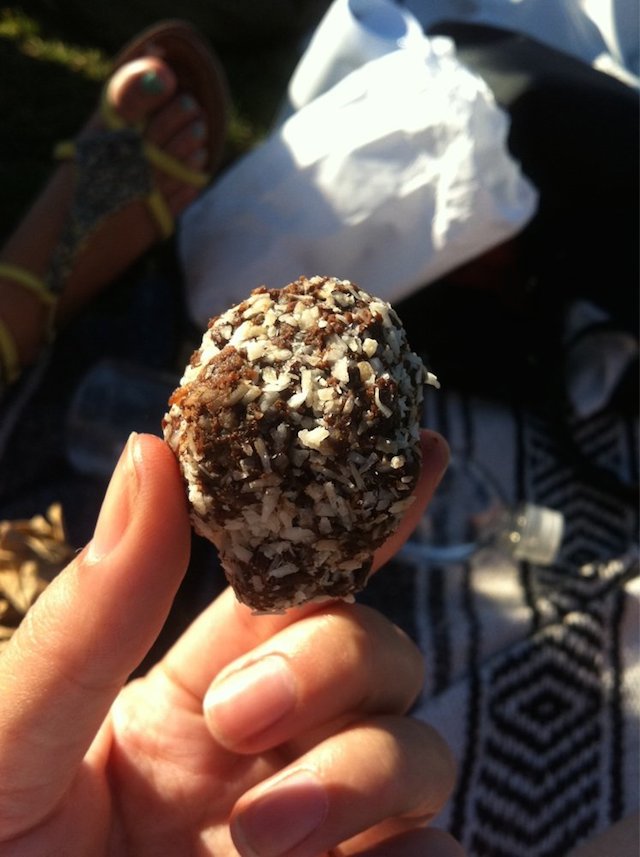 And Last, according to this Dyke March participant and many who just refer to him as "Sexy Truffle Guy," Trevor is as hot as Dolores Park on a sunny day.

The Truffle Guy has a whole lot going for him. He's pretty, he has that striking and memorable copper pot set-up, and he makes delicious, delectable little morsels that pack a punch. It saddens me that he's elusive as a unicorn in the forest, but otherwise I solidly award him five stars for being awesome. (I considered knocking off one star for that one time at the dyke march where my friend Billy and I ended up in the fetal position on our respective blankets staring fearfully at one another, hoping for some relief. But let's face it: that wasn't his fault. That was just us forgetting the potency of the truffles and only focusing on the deliciousness. Be careful of that.) — Heather C

All previous coverage of Dolores Park on SFist.

As The Chronicle and NBC Bay Area report, firefighters today are battling a wild blaze being called the Washington Fire. As of this afternoon, the fire had consumed 9,500 acres of bone-dry

Two of the most iconic brands of the great American cereal kaleidoscope, Lucky Charms and Trix, are both getting reformulated in the coming year by cereal-maker General Mills. As the company announced via