Via a group of friends who just completed one of these urban hikes/treks, I bring you a quick how-to guide for walking completely around the city in one great big circle. The Saturday hike was organized by local residents Iris Yee and Thoobus Haley  inspired by friend Wally Bomgaars, who's done annual hikes like this since 2013  and consisted of a stalwart group of 10 (which became a group of seven by the end). They departed from Java Beach Cafe at the foot of Judah Street at 6 a.m. Saturday, and in 13 and a half hours they circled the outermost edges of the city on foot, a total of about 35 miles, only stopping once for mid-afternoon coffee. Says participant Andy Deemer, "I've got a few incredible blisters on one foot (and toes), a few tiny ones on the other, and aching calves and sore knees. Dehydrated and a little sunburned. But did still feel the need to go for a walk [on Sunday]."

The group headed south along the Great Highway, past the SF Zoo, around Lake Merced, eventually through Crocker-Amazon and along Geneva Avenue, to Candlestick Park, and up along the piers, around the Embarcadero, and past Fisherman's Wharf toward Fort Mason, the Golden Gate, and back around to Ocean Beach. As one participant and avid urban hiker Ilyse Magy said from the trail, "I never thought I would walk 24 miles to get to Fisherman's Wharf. Ever."

Bomgaars says "The Bay Trail that goes around the Bay was part of the inspiration for the walk," and he adds it's probably the best way to "see so many parts of the city" you might never see otherwise. The trek works out to more than the logically assumed 28 miles because the corners of the city aren't perfect, and neither is it precisely 7 miles by 7 miles.

Obviously, though, it's pretty exhausting, and not for those unaccustomed to long hikes.

Magy says, "I think we're still processing exactly what we learned on this journey. Certainly a lot about our bodies, but also about how so many disparate neighborhoods, landscapes, and microclimates can come together to make a city. The strange similarities between Hunter's Point and Sea Cliff from passing through both in a day."

When to go: The late spring and early summer, when days are longest, are going to afford you the most daylight, especially if you don't move at the fairly brisk pace that these guys did.

What to wear/pack: Obviously sunblock is in order, and probably a hat with a visor as well as very comfortable sneakers. Plenty of water, although you'll find that along the way. Bomgars recommends only packing food you can eat on the go, "Sandwiches and bananas and the like," since stopping to eat is not what this is about  and as Magy says, "Despite the pain, after a certain point I felt like I could have kept walking indefinitely. But once we finally stopped and sat and ate at the end, I could only hobble."

How to plan your route: You can take whatever route you like, of course, but you can see a rough map below of the route these kids took, via participant Justin Hall  the complicated part mostly being how to get from the ocean to the Bay along the southern border of the city with Daly City. I asked Bomgars if there were any particularly dicey spots, and he just recommended doing it during daylight hours. 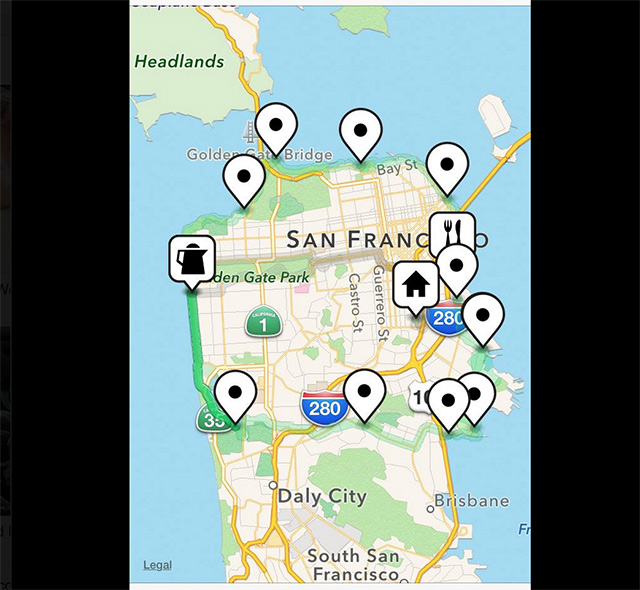 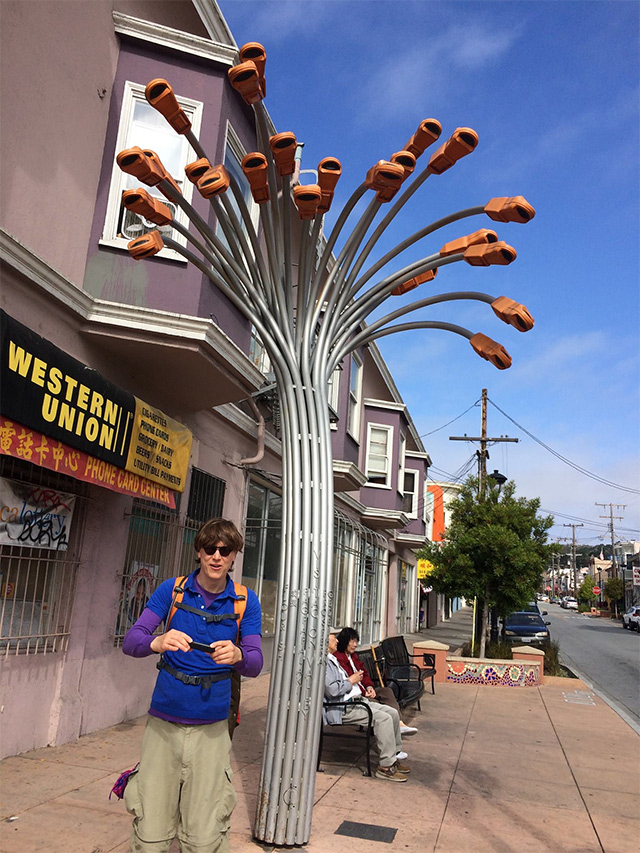 Did you know about this public art in Visitacion Valley made out of parking meters? Photo: Andy Deemer 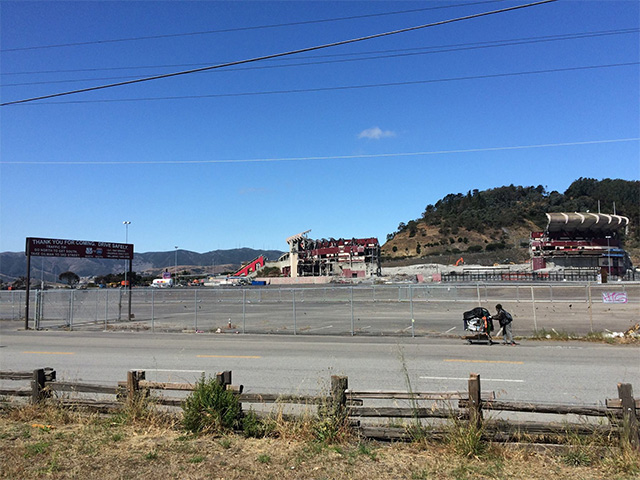 A shot of Candlestick Park under demolition. Photo: Justin Hall 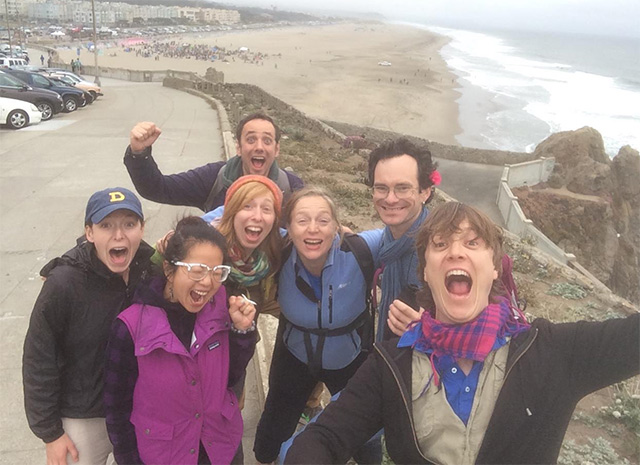 The gang of seven on their final leg down Ocean Beach near 7:30 p.m. Photo: Justin Hall
The rough map.

This past April, San Francisco Victoriana Inc., a company that restored period details in Victorian houses, experienced such a decline in business that its proprietors closed ahead of their planned retirement. “People are

Muni doesn't always run like clockwork — or, in this instance, like a data visualization. But Danny Whalen, cofounder of Remix (née TransitMix), still gives the service a lot of credit. "What SFMTA does,