Stuart Schuffman, best known by his writing moniker and eponoymous website Broke-Ass Stuart, formally announced today via his column for the San Francisco Examiner that he is running for Mayor, challenging Ed Lee in what he tells SFist is a "journalistic experiment."

Mayor Lee, Schuffman himself notes, isn't truly without competition, as "something like 20" people are running against him already, including a few notable non-establishment candidates like self-declared YIMBY Amy Farah Weiss. Still, Lee is commonly referred to as running "unopposed," with potential contenders such as Mark Leno bowing out, and it's likely that the media will continue to describe the situation that way.

"How is it that someone with less than 50 percent of the voters’ confidence, is running basically unopposed?" Schuffman writes of Lee, who had a 47 percent approval rating in a 2014 KPIX poll. "I’m not very good at math but those odds seem pretty good for anyone one who wants to challenge him." And yet, Stuart isn't hoping to win. "Do I think I’m gonna win?" Schuffman concedes, "Come on, I’m not as dumb as a I look, but I’m fascinated by all the shit I mentioned above. San Francisco is beyond growing pains, it’s getting stretch marks. And for me, as a writer and chronicler, there’s no better way to see this first hand than throw myself in the middle of it." 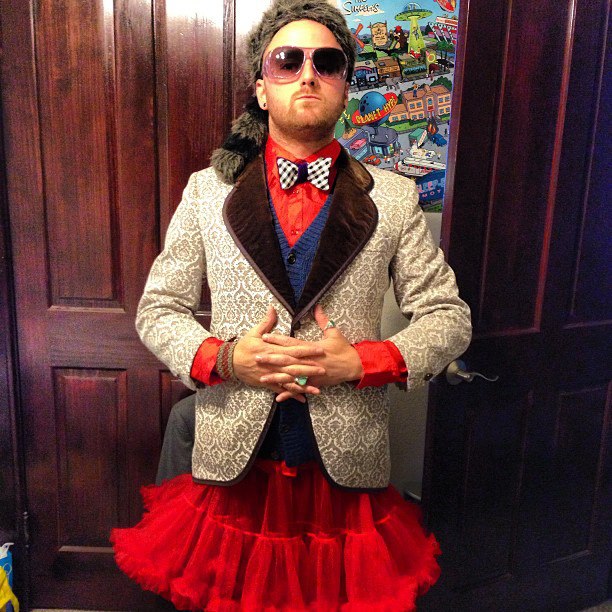 But Schuffman is more than a writer. In the words of his Twitter bio, he's a "TV Host. Travel Writer. Poet. Motherfucking Hustler." Self-promoter that he is, Schuffman's choice to enter politics might come as little surprise. Recently, this "hustler" rustled up $30,000 in a campaign on IndieGogo to help grow his website. Of course, not a penny of those funds can go toward Schuffman's mayoral campaign, so he's ponying up the initial campaign cost of $5,700, himself.

"First and foremost, this is a protest campaign," Schuffman reiterates his purported motivation to SFist, "I'm not gonna win this, and to anybody who thinks that they’re going to beat Ed Lee, they're deluding themselves. That’s why Mark Leno’s not running." In particular Schuffman is critical of some of Ed Lee's backers, calling out Ron Conway by name. "We saw what Conway’s money did in Campos’ campaign, and that was fucking dirty. The mayor has given pretty much free reign to developers and tech companies, not making them pay their taxes. Basically he’s on the take, not illegally, of course."

Schuffman, save his role as high school vice president and treasurer, has no first-hand political experience. And, on the issues, he hasn't really delineated a platform as of yet. "Affordable housing is very important to me," says Schuffman, and "taking a serious, real look at the homeless problem. It's an epidemic here in SF." Asked about the possibility of a moratorium on market-rate development in the Mission, Schuffman is in agreement with Supervisor David Campos. "I think it’s a great idea, because look, there are, look what needs to happen is we need the city to build affordable housing. Campos isn’t saying don’t build in the Mission,he’s saying build affordable, plus there’s other parts of the city where we can build."

Schuffman recalls noted local stunt artist Chicken John's candidacy in 2007 a somewhat similar gambit which netted him more than 1 percent of the vote. "Chicken’s great," says Schuffman, "but the campaign I’m doing is different. Chickens’ smart and he’s obnoxious and he knows that that’s part of his weird fucking charm. I’m doing this as a journalist, using the written word." 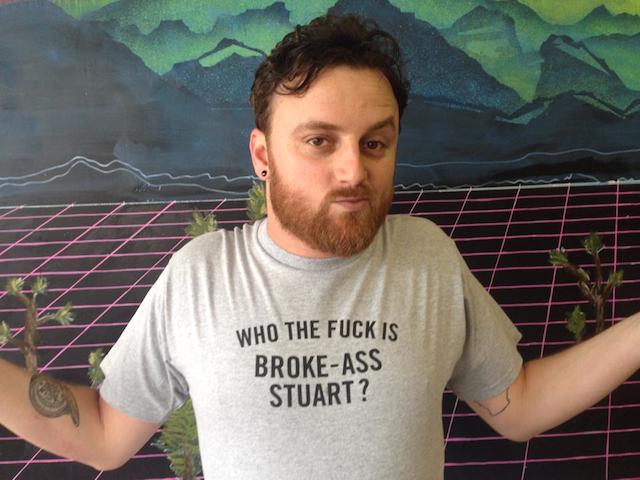 Yet that may present a bit of a conundrum. Though Schuffman insists that he means his candidacy and his chronicle thereof to be "an exploration of the crookedness of politics in San Francisco," invoking the legacy of Norman Mailer's 1969 run for the New York mayor's office, that rhetoric only goes so far. Broke-Ass Stuart is kind of the poor man's Mailer, and writing about the campaign during his candidacy could get tricky. During his recent round of fundraising, Schuffman drew criticism for plugging that IndieGogo campaign in the pages of the Examiner. But, says Schuffman, "There’s nothing stopping the Examiner from writing about other people [who are running]... and in my articles I’m going to be interviewing other people who are running." Of course, it's unlikely that the Examiner, who put Schuffman on today's front page, will object to very much.

Before concluding our interview, Schuffman was sure to get in one last plug. "Mention that the official official announcement will be at my Bar Mitzvah party," a final fundraiser for Broke-Ass Stuart's website. There, I've mentioned it.

"One of the largest estates in Silicon Valley with everything you need to live and launch your greatest ambitions." That description of the place called Startup Castle in Woodside might be more accurate

In an effort to curtail late-night crowds, hooliganism, and violence, in the Castro, the entire schedule of the Saturday of Pride weekend is shifting up by several hours, which includes the traditional early