Don Draper is hardly the first troubled genius to seek enlightenment and sobriety in California's Big Sur. Jack Kerouac devoted an entire book to the subject with his dark roman à clef named for the geographical wonder south of Monterey. “Nothing ever happened — Not even this," he wrote. Compare that with Don's line, "A lot has happened," which serves as a Mad Men mini summary. You can read a deeper dive into the episode here. 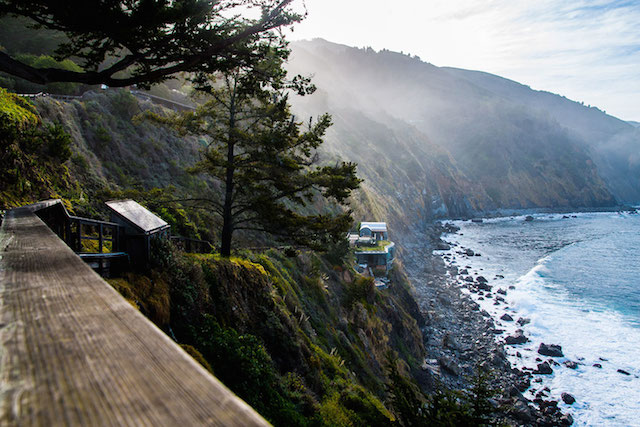 Certainly there have been plenty of fascinating goings on at the Esalen Institute. That's the name of the real Big Sur retreat that, although unnamed in the series, is clearly the basis for the destination in Mad Men's final episode. As Monterey County Weekly reports, Jon Hamm and crew shot on location in Big Sur last June, with some speculating that the area's cliffs would provide a dramatic ending for the show. They sort of do, but no spoilers here. 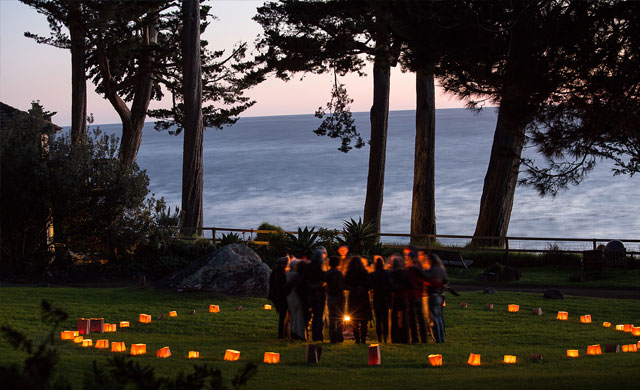 Esalen, as it's usually called, was founded in 1962, the same year that Kerouac's Big Sur debuted, although the writer was drying out nearby in a cabin owned by Beat poet and City Lights Books founder Lawrence Ferlinghetti. Structured on the principles of Aldous Huxley's Human Potential Movement, Esalen has played home to a Who's Who of alternative teachers, including psychologist Abraham Maslow, architect and designer Buckminster Fuller, photographer Ansel Adams, and novelists Ray Bradbury and Ken Kesey. Arts workshops at Esalen have featured Joan Baez, Bonnie Raitt, Ravi Shankar, Bob Dylan, and George Harrison. A yearly festival from 1964 through 1971 was the subject of the film Celebration at Big Sur. 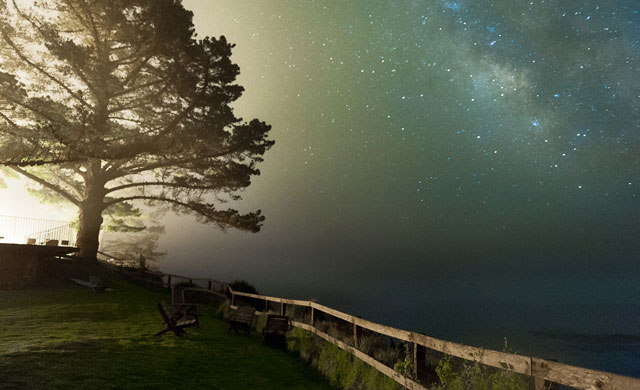 The stunning 120-acre retreat is an intentional community devoted to meditation, yoga, organic food, and spirituality and was established by Michael Murphy and Dick Price. The two were introduced in San Francisco by a Stanford religion professor with whom they had both studied. Murphy, who had traveled to an ashram in India, held family property at Big Sur, previously a health spa with natrual hot springs that employed Hunter Thompson and was frequented by Henry Miller. Price had continued his studies in psychology at Harvard before joining the air force. Living in San Francisco, he experienced a psychotic episode and spent time at a mental hospital before returning to the City. Their combined experiences soon took off, as their experiment gained traction with the counter-cultural movement.

Esalen still exists as a California 501(c)(3) nonprofit corporation, and weekend workshops there start at $1,750, covering subjects from mindfulness to permaculture and ecological sustainability. Hot springs tip: if you want to enjoy the healing waters without emptying your pockets all the way, for $30 per person roughly 25 people can get in on public night bathing from 1:00 a.m. to 3:00 a.m. A reservation is required on the day you want to attend.

Within hours of the Mad Men finale, Wikipedia editors had added Don Draper to the list of notable Esalen people, and perhaps the Institute can expect an influx of interest from today's thought leaders... or at least some corporate sponsorship from Coca-Cola.

http://en.wikipedia.org/wiki/Esalen_Institute
via the Esalen Institute

Just last year, the cast and crew for an Aaron Sorkin-penned Steve Jobs biopic was in chaos. Director David Fincher had bailed on the project, as had possible star Leonardo DiCaprio. Though eventual

ICYMI this weekend: battery thieves target Priuses, Caltrain hit someone in Atherton, a cyclist was killed during an organized ride/race, ACC is seeking whoever tortured and beat a dog, the Warriors won