If Rachel Buddeberg's life were a movie, it would open with a lovely young woman of 20 moving from Achen, Germany to Indianapolis, Indiana to serve with a volunteer organization. She falls in love with a dashing young man. Then, like in many of the films and stories of our culture, something threatens to tear them apart. In this case it’s her lack of citizenship. In a parallel story, something else might have challenged their relationship: their families’ generations-long bloody feud, the upper class’ reluctance to accept a prostitute, no matter how beautiful, or that she could not walk the beach with her mermaid tail As in many of our stories, love prevails, and they get married, and soon Rachel is pregnant.

There the movie could end and we would have a warm feeling in our chests knowing this lovely couple will spend the rest of their days happily entwined, all of their problems solved by a simple pairing. Instead, though, the dashing young man’s behavior slowly turns abusive—both emotionally and sexually. It escalates until Rachel’s parents urge her to leave, which she does, beginning her life as a single mom. A few years later, Rachel meets dashing young man number two. The audience wonders, will this man be the right one? Will he save her? Rachel moves to San Francisco for him, but then finds parallels between his behavior and the abuse that drove her away from her marriage. She leaves him.

Then Rachel decides to change the narrative. She finds two books: Bella DePaulo’s Singled Out and E. Kay Trimberger’s The New Single Woman. In the week during which she devours the books, she comes to a new understanding. She realizes when she was single she was much happier than in any of her romantic relationships. And, more importantly, she accepts that there is nothing wrong with her because she feels happier when she is single. It’s a simple but radical notion within our society, in which single people are seen as incomplete, immature, and even selfish. These two books are part of a larger lexicon of literature about living an independent, solo life by choice. The books outline the depth of our culture’s discrimination against single people, called Singlism  which includes financial and social discrimination  and it’s counterpart, Couplemania, defined as the social obsession with romantic and sexual coupling. 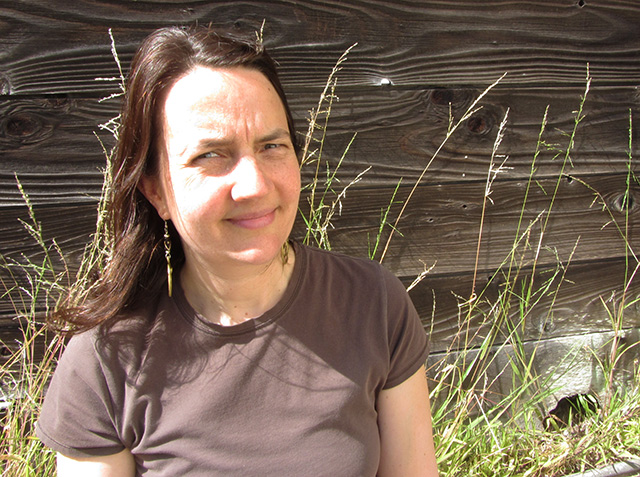 In 2007, Rachel made a self-commitment, something she symbolized with a silver band on her left ring finger. The band has letters stamped on its circumference that read, “Live Authentically Me.” It was a ceremony she considers as important as a wedding. Choosing her left ring finger was a way to signal to others that she was unavailable and to say, “This finger is not reserved for a wedding band, thank you very much.”

Soon after, she went back to school at San Francisco State University to study Singlism and wrote her dissertation, “Overcoming Stereotypes Against Singles,” which discussed the psychology of stereotypes, methods for overcoming stereotypes internally  managing shame  as well as overcoming stereotypes externally through the creation of intentional families. Her workshops introduce people to these ideas and she helps those interested to begin to design a life that doesn’t center around a coupled relationship. She offers the workshops for free or for donation because she says, “The most important thing for me is to get the information out.”

As Rachel points out, our culture has no models for how to be a happy single person. She’s had to create new types of relationships in her life to meet her needs for connection. “You can't have a relationship with me,” she says, “unless you're willing to blur [traditional relationship] lines.” Her most significant connection is with a friend in Michigan she met at a conference in 2012. They have a commitment to daily phone calls, daily emails, and longer weekly calls. “She keeps telling me,” Rachel says, “that some of the stuff that, in the Disney version, the guy is supposed to be doing, we are doing for each other.” They share emotional intimacy, support each other’s personal growth, and express love for each other.

It’s difficult, though, to dismantle cultural expectations about relationship boundaries. Once Rachel talked explicitly with a friend about how important their relationship was to her and how she wanted to prioritize it. “She disappeared out of my life. It was kind of weird,” Rachel says and laughs. “If you want the dark side of the Couplemania friendships have become less important.” Rachel has also struggled with meeting her needs sexually. For a while she was committed to celibacy and then recently she says, “my hormones just went haywire.” So she began a brief, solely-physical relationship with a guy. It ended, though, because she says, “somehow we drifted into the coupled relationship mold and I was like, ‘I'm not going there, sorry.’” But she retains a playful attitude towards meeting her emotional needs. She says, “In a lot of ways I see my own life as a big experiment.”

Even though Rachel spends her professional life providing alternatives to the traditional pair model, she clarifies that she’s not against people forming couples or getting married. “I want people to go into coupled relationships as a choice,” she says, “not as something they do because they think that's what everybody does.” She wants her workshops to offer alternatives to those who feel forced into a couples mold, such as the divorcees she taught in a recent workshop who felt pressured into finding new romantic partners. “If we focus on being single, or focus on being coupled, we miss all the beautiful stuff that's in between.” Rachel’s parents have been married for 50 years now. “One of the reasons their marriage has been so successful,” she says, “is because they have outside interests, and outside relationships. So they’re not just focused on each other.”

Despite all her work, both on a personal and professional level, cultural fairy tales still work their way into Rachel’s mind. “It's this constant meta-process that has to run,” she says, “to make sure that you don't fall into these molds.” Her latest partner is a man in an open marriage.

“I notice the stuff that comes up around the Disney story,” she says, “all this cultural indoctrination, like thinking, ‘Oh my God! You're gonna be saved!’ And I'm like, ‘No, wait a second, I don't want to be saved!’"

You can learn more about Rachel and her workshops at YourLifeIsaGarden.com.

This occasional column, Sex and San Francisco, explores the ins and outs of dating life, single life, married life, and the general challenges to the sexual status quo that get explored here in our famously libertine city.

New Tuscan-inspired Italian spot Acquolina (which means "mouth-watering" in Italian) has just quietly swung open its doors in North Beach as SFist can exclusively report. The restaurant is an all-day cafe with a

"My mentality is that of a samurai," Elon Musk told a potential investor according to a new biography, adding, "I would rather commit seppuku than fail.” But some things are too good to