Though the man allegedly responsible for the midday shooting of a Muni light rail passenger is behind bars, the victim's fight goes on, as he struggles to recover from what he says was an act of random violence.

19-year-old Tommy Clayton had just successfully finished up a job interview, and had been offered a position working with elementary school kids attending San Francisco's Unified School District on the spot. Post-interview, he was taking the Muni T-Third line home at 12:23 on the afternoon of Monday, April 27.

He'd drifted off to sleep on the southbound train when, police say, 18-year-old Sylvester Taylor gave up on harassing a female passenger and turned his attention to Clayton.

Taylor responded by allegedly shooting Clayton in the face with a 40 caliber handgun, then fled from the train near Third Street and Palou Avenue.

Three days later, police arrested Taylor, and say that they found the gun used in the shooting in his possession. 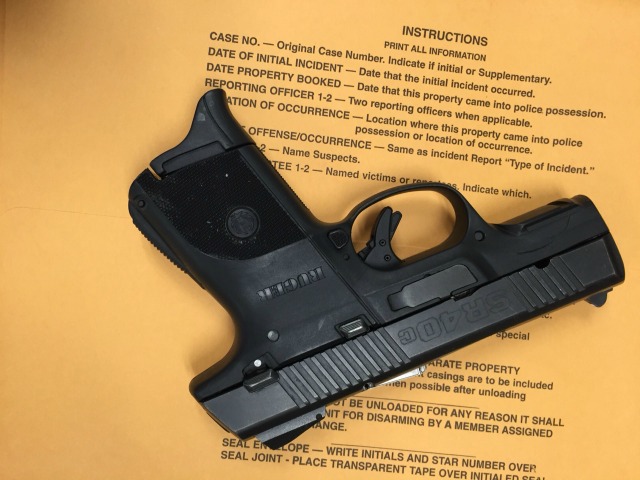 According to Thomas, when police asked Taylor if he knew Clayton, “He said, ‘No I never met him and I didn’t know him. Just take me to jail.’”

Though San Francisco General Hospital doctors managed to save Taylor's life, he will remain hospitalized for weeks to come, Thomas says.

She's set up a Go Fund Me page to defray Clayton's medical costs, and writes that "Tommy is the oldest boy of my five children and is very instrumental in his younger siblings' lives. He is also looked upon as a role model in our community."

"Tommy is known to his friends and family as humble, loyal, down to earth, giving, intelligent and self reliant. He is the type of young man who rarely (if ever) gets into mischief," Thomas writes.

Thomas says that Clayton lost the sight in his right eye as a result of the shooting, and told KPIX that after his brain began to swell from the trauma of his attack, doctors had to remove part of his skull to relieve the pressure.

After he returns home, Thomas says, he'll require round-the-clock care, as he can’t walk on his own and will require many months of physical therapy.

Thomas is most upset by the random nature of the crime, she says. She tells KPIX that Clayton has said "Mom, he didn't even know me, why'd he shoot me?"

"Son, I can't explain," she says she responded. "This world is crazy."

Previously: Suspect Remains At Large After Brazen Mid-Day Shooting On Muni
SFPD Arrests Suspect In Muni Shooting, But Can't Tell Us His Name (Yet)

Police say that this was the gun Taylor used to shoot Clayton on April 27, 2015.

A new study by two economists out of UC Berkeley and the University of Chicago suggests that overall national growth, as in the gross domestic product, is being strangled by the insanely high

A bike rider was left with life-threatening injuries Tuesday night, following a collision at the same intersection where cyclist Amelie Le Moullac was killed in 2013. According to a San Francisco Police Department

—
Man Who Was Shot In The Face On Muni Didn't Know His Attacker, Is Still Struggling To Recover
Share this