Uber has promised not to gouge "surge" their ride prices during storms and other emergencies, a promise it may not always be keeping. But during a BART shitstorm such as yesterday's track deformity debacle, all bets are decidedly off.

CBS SF reported on the situation, and Uber declined their request for comment. It's your daily reminder that, as PC World reports, Uber's surge pricing has earned them an "F" grade from the Better Business Bureau. At the risk of sounding like a broken record, the company most notably exerted its high pricing during the Sydney hostage standoff of last year. They've apologized for that, and clarified that the surge was an incentive for drivers to get out there and take passengers.

By the way, that track deformity? It looked like this: 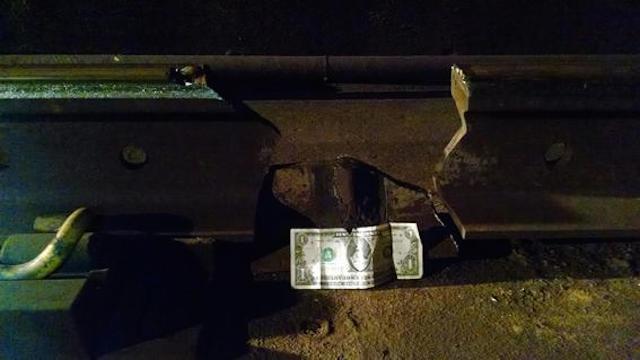 That dollar is there for comparison: it's what you ended up spending on Uber while BART tried to get its act together.

Last, in case you'd forgotten, Uber is still being sued by the SF and LA district attorneys. Perhaps they're saving up to line their war chest?

The same woman whose rape accusations got football player Ray McDonald dropped from the San Francisco 49ers last December is responding to a defamation suit from McDonald by leveling a new accusation: She

People who follow San Francisco's transit industry are likely familiar with the name John Han — he's written, on and off, about the cab business for years on his blog, and he's a frequent