It was just around midnight last night that the Mountain View City Council rebuffed Google's new attempt at town domination. This means that Google's recently revealed dreams of creating a game-changing piece of office architecture under an innovative series of "canopies" have, for now been destroyed.

As The Business Times reports, of the 2.2 million square feet of available commercial square footage in the area called North Bayshore, the council granted Google's land rival LinkedIn 1.4 million square feet to work with. And others fared well, too, such as Broadreach Capital Partners and Rees Properties who have more modest projects planned. But Google, whose enormous, futuristic, highly conceptual new campus needed a full 32-acre plot, was doled out just 515,000 square feet for their purposes. That, says Google, is only enough to construct one piece of its four-part expansion.

It sounds like the company is super disappointed while LinkedIn is pretty elated — “We are pleased with the city council’s decision to allow LinkedIn to build a permanent headquarters in Mountain View" — although this only means that the company is approved to turn in formal plans. “To have one building — it’s a significant blow,” said David Radcliffe, vice president of real estate and workplace services for Google at the meeting before the vote.

But in hindsight, this New York Times piece from February looks to have prefigured the city council's blow. It seems as if tensions in Mountain View have been escalating for a while, with citizens deeply divided over their largest taxpayer. That played out last night in the vote itself, as the council's decision was decided 4-3 a full six and a half hours after the meeting began. 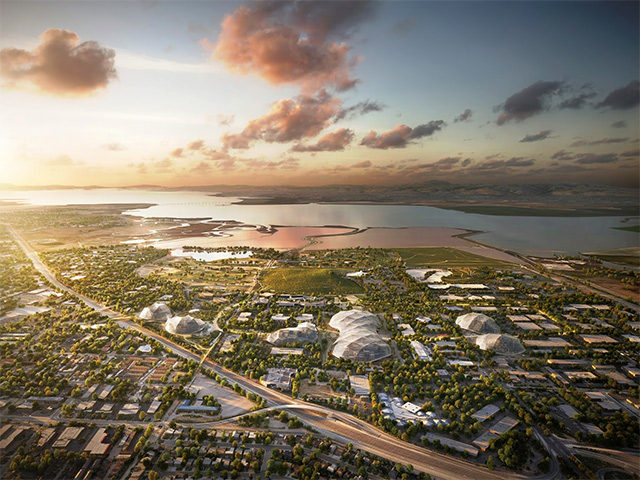 To be clear, all the allotted land will be put to use... it just won't be Google's to use. Also, it sounds as if the council tried to appeal to Google by encouraging the company to tear down existing Mountain View office space and build residential space in its stead, promising Google it could re-use that space in new office development elsewhere.

But for now it's unclear what the Google can or will do. Though the company probably considered its grand plans some kind of a starting out point, they likely didn't imagine seeing them scaled back to this extent. Those beautiful renderings might have just been rendered obsolete.

Rendering via Heatherwick Studios and BIG

We may be in for some thunder and lightning with the storm that's passing through Thursday. [CBS 5] Zynga is having more layoffs, getting out of the sports game category, getting rid of

In a victory for SF nightlife, that proposal we talked about back in March to legislate protections for music venues and nightclubs against complaints by new neighbors and condo owners passed at yesterday's