Just because it's hot in the Mission doesn't mean you should head to the beach — not without checking Mr. Chilly, anyway. This new app for observing SF's various microclimates could soon be a go-to, with an adorably illustrated map that shows you what temperatures to expect throughout the day at various locations. Is it too cold for a bike ride in the Presidio? (Probably). Nice for a jaunt to the Excelsior? (Oftentimes). Though, for example, a similar app SF Climates has been around since 2012, Mr. Chilly does something similar with a bit more visual appeal. You can download Mr. Chilly in the Apple app store, but Android users are out of luck at the moment. 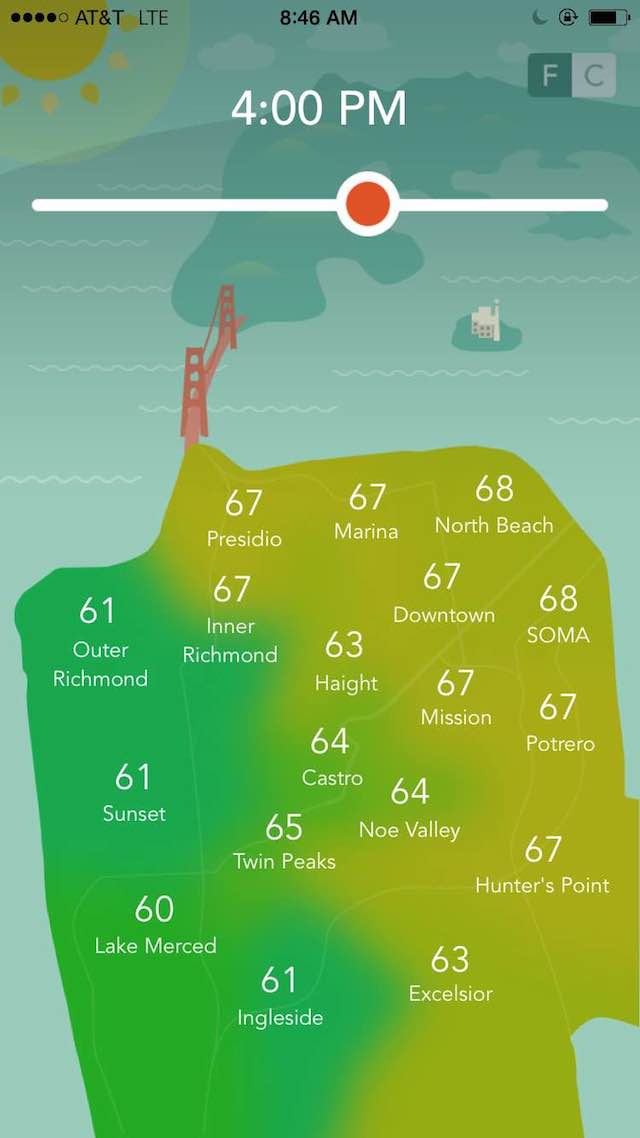 Anna Bleker, a visual designer and developer who makes "bangin things" and researcher and developer Alexander Chia are the duo behind Mr. Chilly. Chia holds a bachelor's degree in computer science from Carnegie Mellon and a master's from Stanford, and Bleker works at Redshift, a "killer" design agency in SOMA [per Anna, she's now at a new startup]. 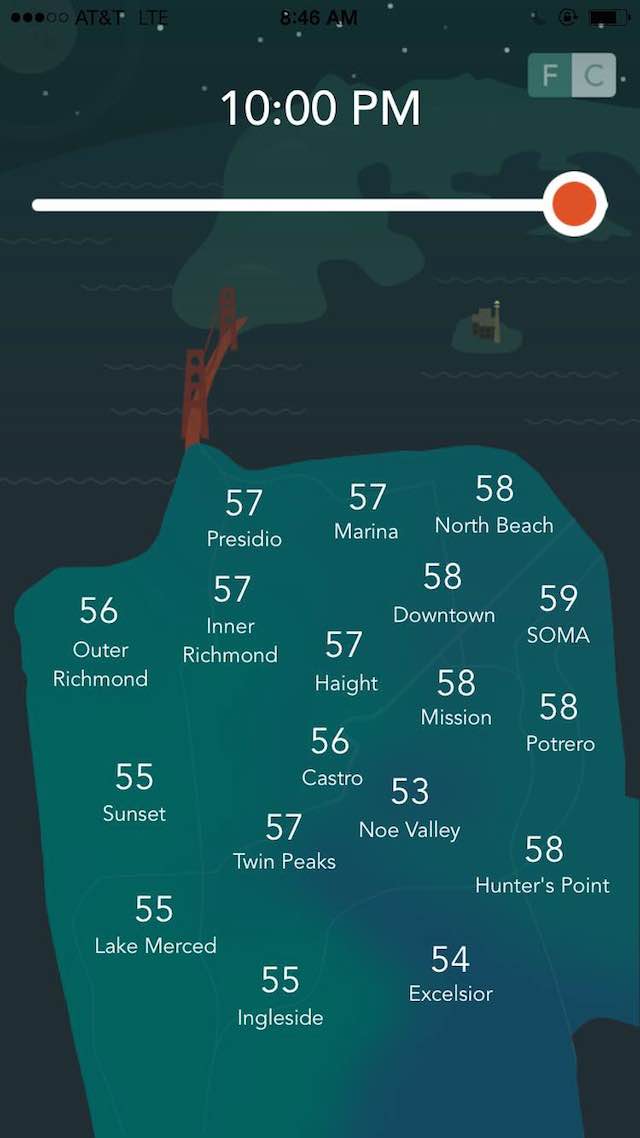 The two met at a hackathon and decided to collaborate on the project, which they devised together, Bleker told SFist. "It took a while working on weekends for fun since we both work full-time," she noted. And this is just the beginning, she says, "We want to add more little animations here and there in the future. We've gotten some ideas like adding a sea lion that comes up in the water and goes back down." Probably the most requested feature would be a fog ma, and that's something Bleker has in mind for updates to the app. "I tried to figure out a way to make it look good, but decided to keep it simple for version 1."

We noted briefly yesterday that The Jinx subject Robert Durst and his suspected victim Susan Berman had ties to the Bay Area in the 1970s, with Berman writing for the Examiner and working

Hundreds showed up to be extras in that Steve Jobs movie. [ABC7] "Lyft is beating Uber at carpooling in San Francisco," says Lyft guy. [Inc] How Ellen Pao's case stacks up against Kleiner