In giving up her crown from the 2014 Star Search Pageant, Andrew Slade, aka Chaka Corn, put a unique twist on her song and dance, incorporating a Mario Kart backdrop and simulating a race on stage. The performance cast the Castro as the level Rainbow Road and Chaka Corn as the character Princess Peach.

By day, Hoodline informs us that Slade practices 3D life and environment modeling and video game design, calling himself a "huge gamer nerd." In 40 to 60 hours, he simulated the N64 game with a San Francisco focus, using Muni, Lyft, and Uber as car choices. Here's the act:

And here are the vehicles the players mocked up for the performance. I'd love to see them racing around the Castro on Halloween or something. 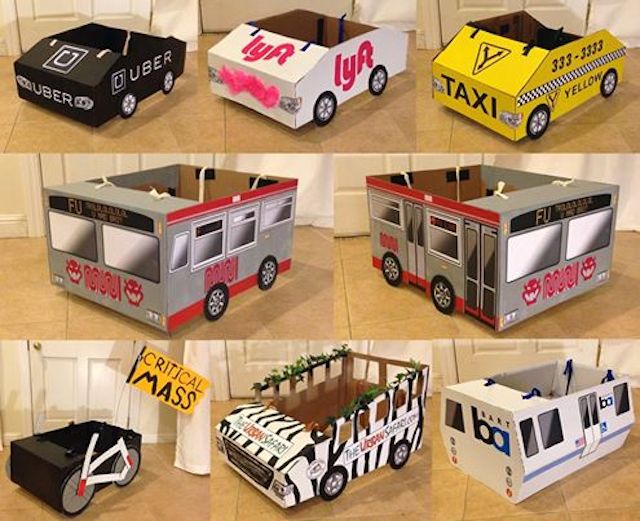 Also, if you want to see the game — though you can't play it — take a look at some of the great details here.

Previously: Exclusive: Heklina Talks About Mother, The New Incarnation Of Trannyshack At The Oasis

A new piece on The Intercept, following on a secret, annual, CIA-sponsored hacker "Jamboree" devoted to "exploiting security flaws in household and commercial electronics," suggests that U.S. spies have been intent on

Coming June 19, the newest Disney/Pixar flick from writer-director Peter Docter (previously of Up, which, yes, was adorable) takes place in San Francisco. Of course, being CGI, Inside Out wasn't exactly shot