The Asian Art Museum got its ‘M for Mature’ rating on Thursday night as celebrated local artist Midori brought a crew of day-glo geishas and the Sisters of Perpetual Indulgence to turn the place into a post-Medieval Japanese pleasure palace. SFist was onhand to grab these pictures at Courtesans, Cooks, Samurai and Servants, the opening night party for the museum’s new exhibit Seduction: Japan’s Floating World. The 17th century brothels of Japan were recreated with geisha house drinking games, burlesque performances and homages to the pleasure quarters depicted in the exhibit’s art — pleasure quarters where one night with these geishas would cost you $13,000 in today’s money. 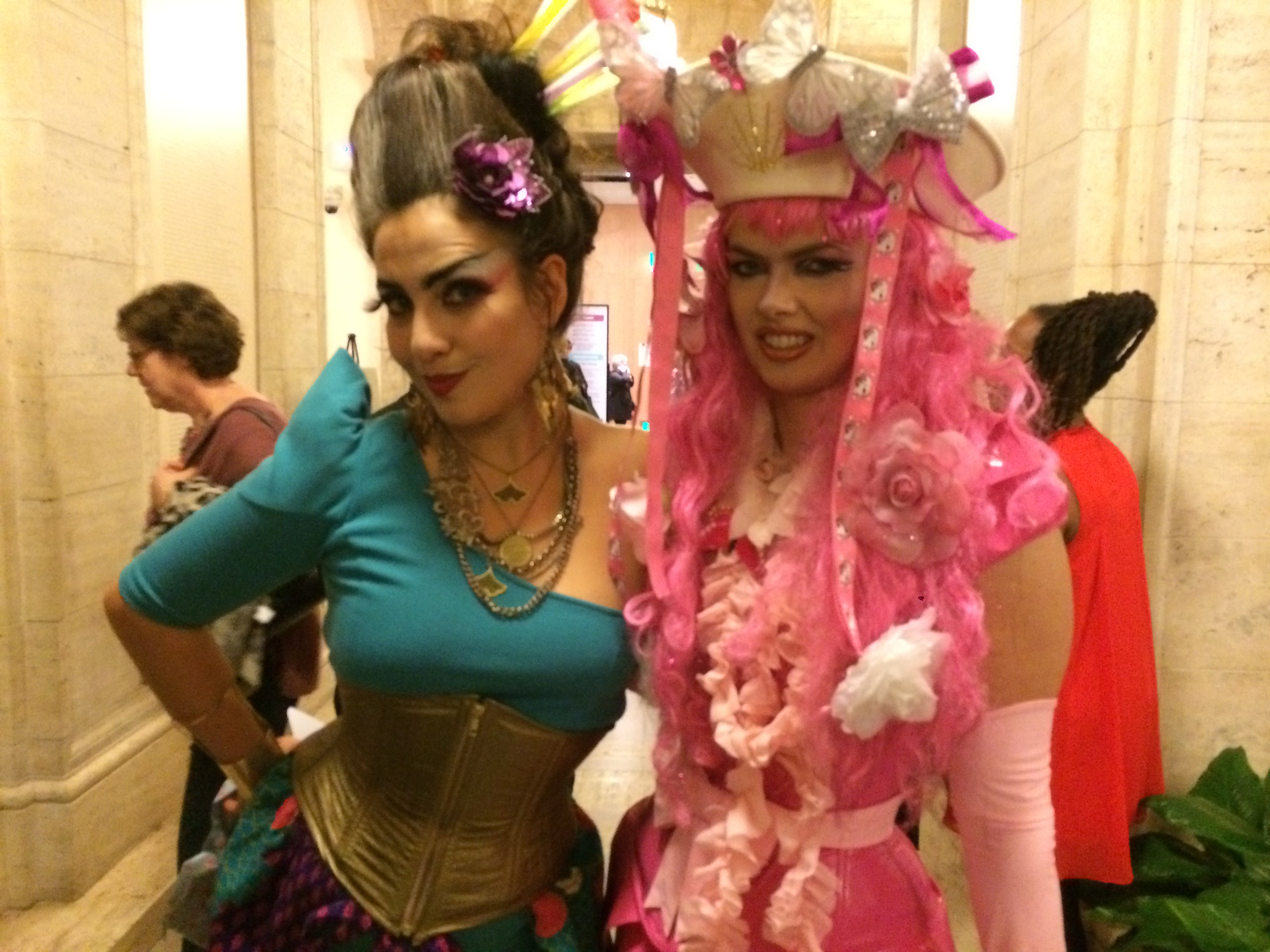 “To clear this up, a geisha is not a prostitute,” Midori told SFist. “She is somebody who creates an amazing time of entertainment for people who would want a blissful moment of being away from the drudgery of everyday. A geisha is just as likely to be able to sing beautifully, dance beautifully, to tell a dirty joke and also to handle a drunken customer.”

“Think of a geisha as being the camp activity director for grown-ups,” she said. 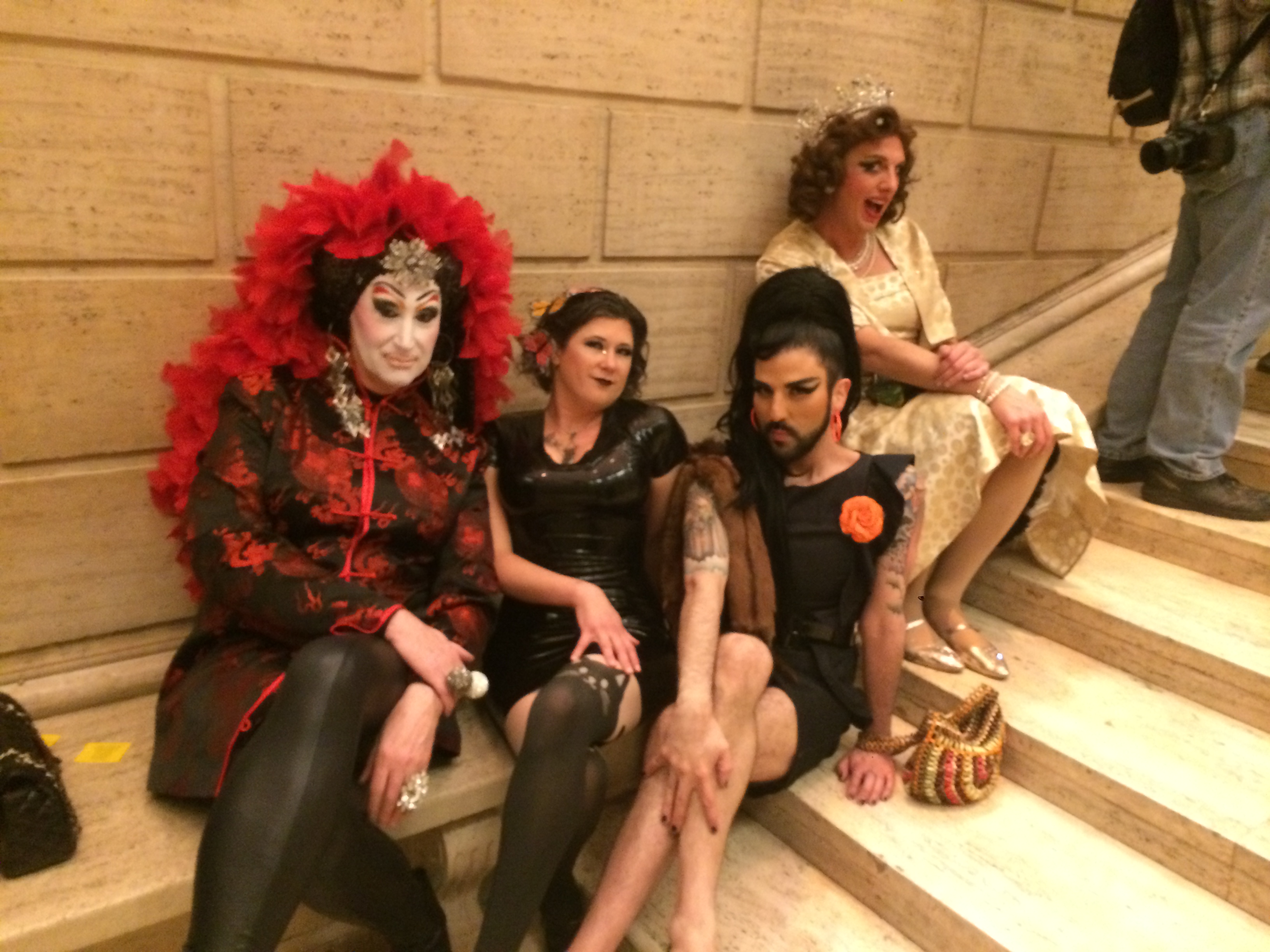 The Seduction exhibit is a collection of perfectly preserved painted scrolls, pillow books, woodblock prints, and kimono robes from a sort of red-light district of the day called Yoshiwara. Many of these works are essentially the pornography of their era, but from a time when a painting with the chick’s ankle exposed was considered pornographic, masturbatable material. 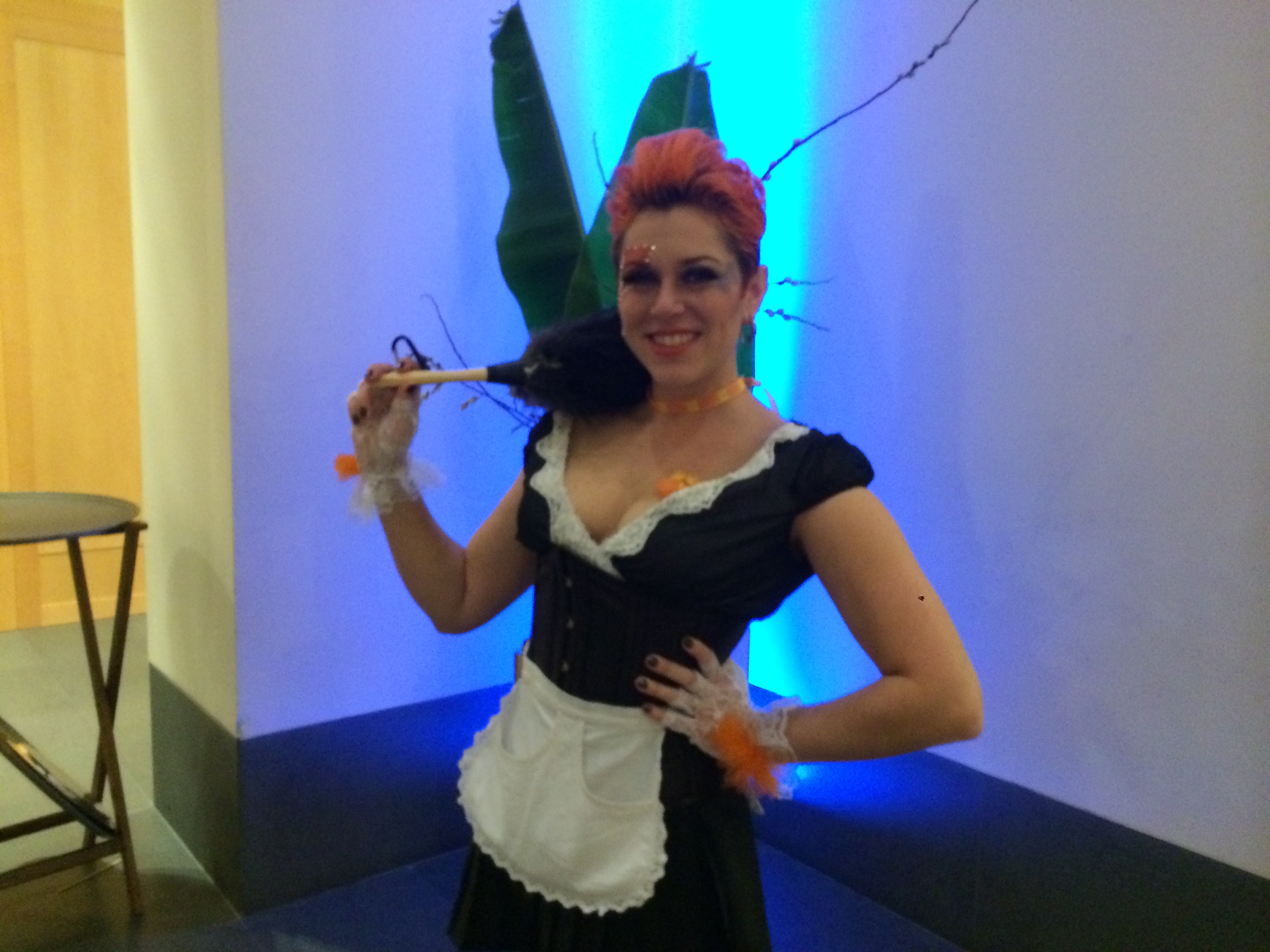 The centerpiece of the Seduction exhibit is one of the most fascinating historical artifacts you’ll ever see, an enormous 58-foot long painted scroll from the late 1600s. This thing will take you 45 minutes to look at in full. It depicts an epic geisha peepshow in which voyeurs get off on watching the girls read, do their hair or practice the three-string lute. Painted with astonishing detail on silk-backed rice paper, the scroll is somehow still in exquisite condition. The gold paint on the scroll is not gold paint, it is actual gold. 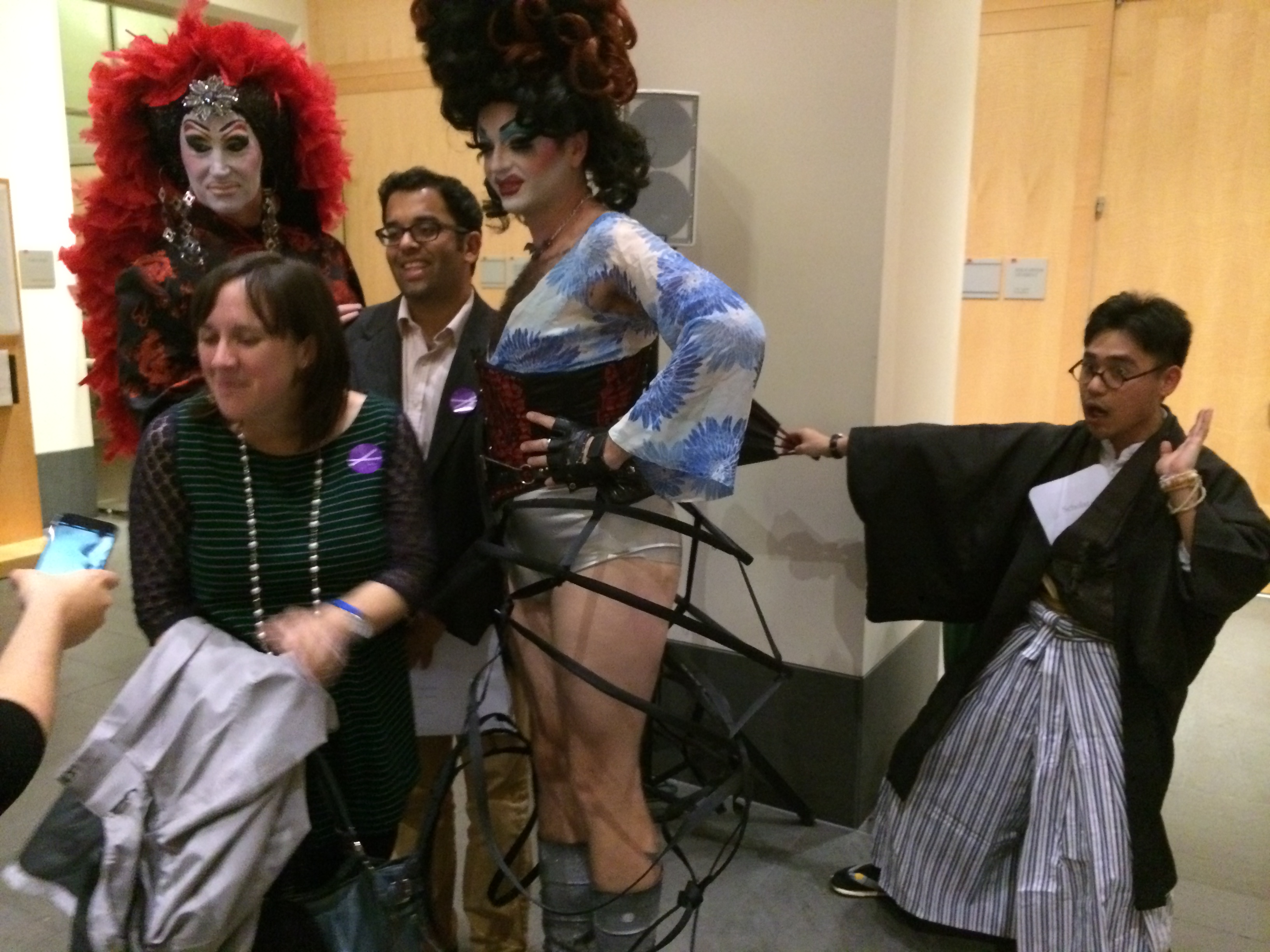 What’s fascinating is that the scrolls and pillow books in this exhibit were never meant for public display. They were intended more as ephemeral love letters and diaries. Midori compares them to gossip magazines like People and InStyle. “These were definitely not intended to stand the test of time,” she said. “They were not intended as fine art, they were meant to be perused through and enjoyed.” 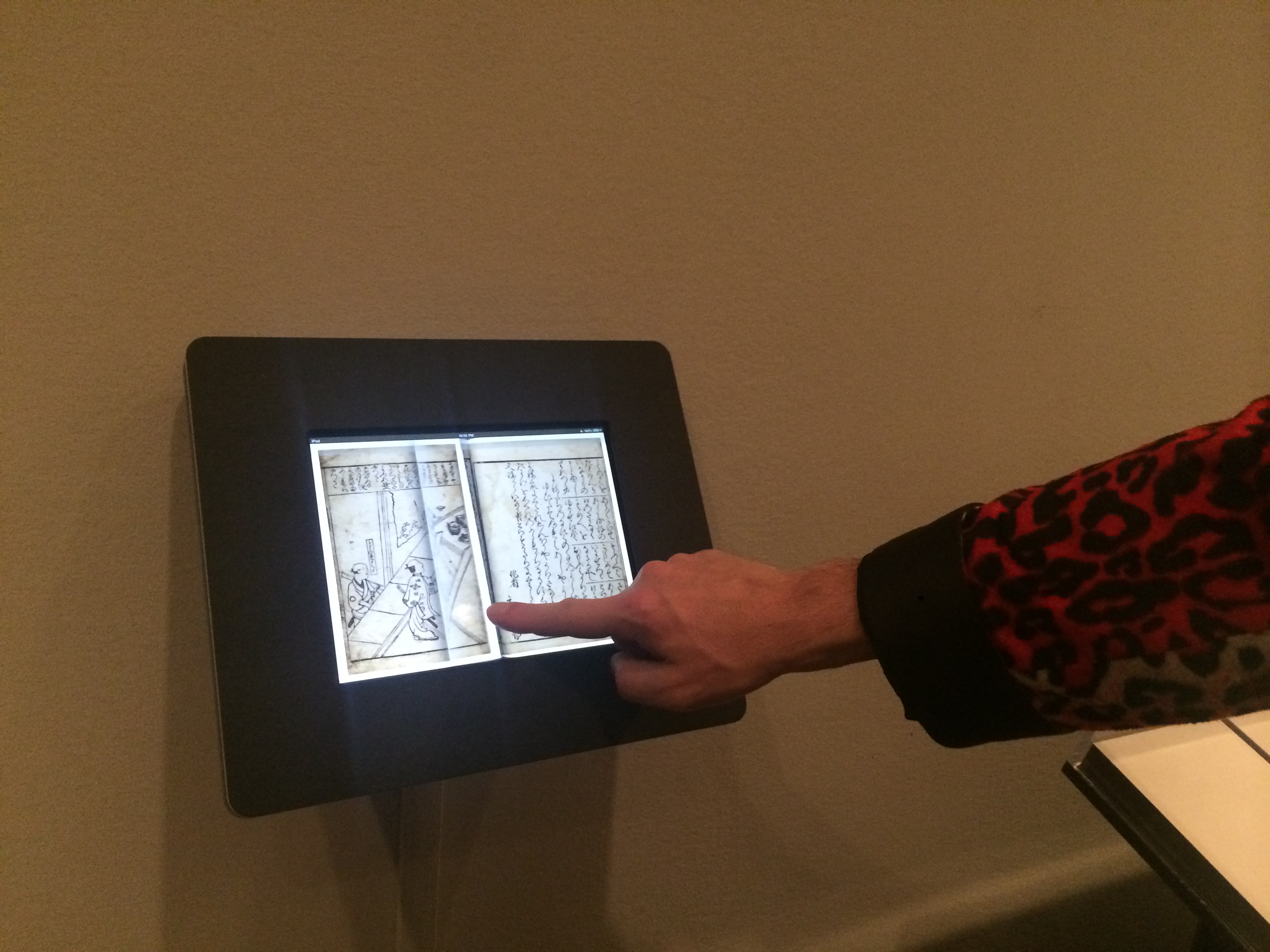 If you have an interest in Japanese history, it is imperative that you go see the Seduction exhibit. If you’re more of a casual art fan or just someone who hits the Asian Art Museum’s first-Sunday-of-the-month freebies, it's still one of the memorable exhibits you'll see this year.

The Seduction: Japan’s Floating World exhibit remains on display at the Asian Art Museum through May 10, 2015.

You might know British TV show Autopsy: The Final Hours for its deconstructions of the deaths of stars like Elvis, Michael Jackson, and Whitney Houston. But now they're taking on hometown hero Robin

The owner of the 13-years vacant Patio Cafe space, Les Natali, took out an ad in this week’s Bay Area Reporter seeking chefs and a kitchen manager for a restaurant at 531