There was a time when SROs and "residential hotels" were only for the truly poor, addicted, and downtrodden. Not anymore! Now, some have spiffed up and are advertising on Craigslist along with everyone else, and some desperate soul moving here in a hurry is bound to take one of them up on something like this $1300/month depression chamber.

An owner at the Emperor Norton Inn has clearly taken pains to brighten up the place by way of crazy-colored bedspreads. In this one, it's orchids and a vomit of ivy. In another, it might be a spray of hot pink and cotton candy-colored leaves. And you can rest assured that this is not a furnished room you want to take a black light to.

Of course, coming into town temporarily on business, or needing a place to crash for a month whilst doing some proper apartment hunting, is always going to be necessary for someone.

You'll have that sink pictured above all to yourself, and if you're male and waking up in the middle of the night, it is likely to double as a urinal because the actual bathroom is in the hallway and shared.

And did I mention there's a tiny flatscreen television, mounted to the wall WAY up near the ceiling, hospital-style, just to encourage deeper contemplation of your mortality and life choices as you lie here. 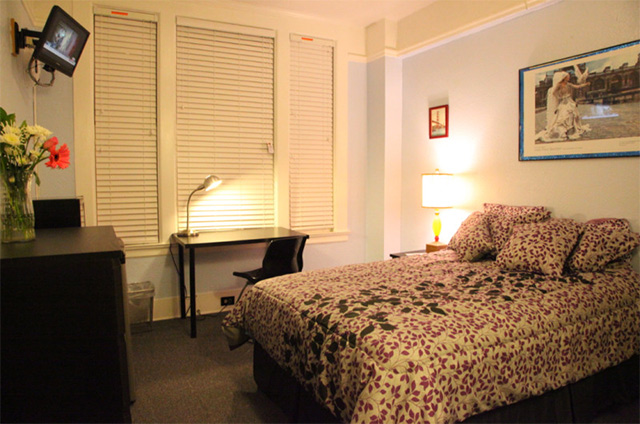 At least it's not mounted behind the bed, like in this room. I would surmise that the wall mount has more to do with theft-prevention than lack of space.

Below is what the place looks like from the outside. It's billed as Lower Nob Hill, but it's Post between Jones and Taylor, so, you be the judge. 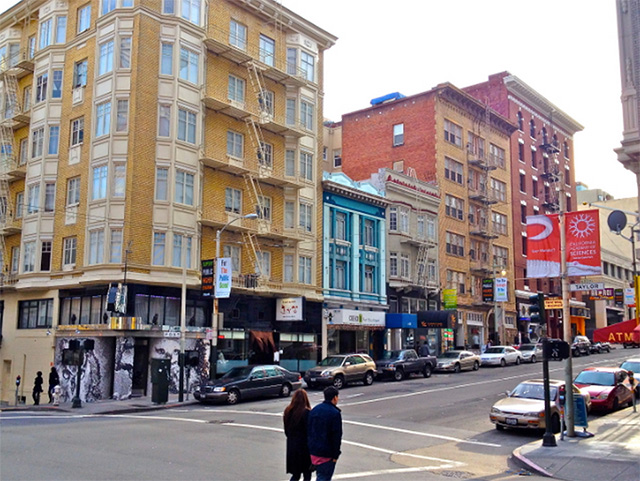 You can see all the rest of the rooms here, some of which have private baths and are double-occupancy.

City Attorney Dennis Herrera, who last year successfully shuttered underground Excelsior gambling establishment Next Stop Business Center, is once again in crackdown mode. As the Weekly notes, this time his target is Kingston

We're almost at the end of Dungeness crab season here in the Bay Area, but you can still see crab in various forms on menus all over town. One of the more inspired