The four-years-vacant former Home restaurant property at 2100 Market — a notable eye-sore that at least didn't become a Chipotle, as was possible — has issued an update to last year's initial rendering of a 7-story condo development. According to documents submitted to the Planning Department, Hoodline notes that changes were recommended and implemented to the design such that the building appear more "residential" in character on 14th Street.

Other changes are there too, as the number of units has gone down from 64 to 60 and bay windows have been replaced with balconies. Also, the previously proposed glass facade on Market street has been interspersed with solid piers. Those changes are all in new applications for conditional use and variance permits.

Here's a look at the previous renderings. 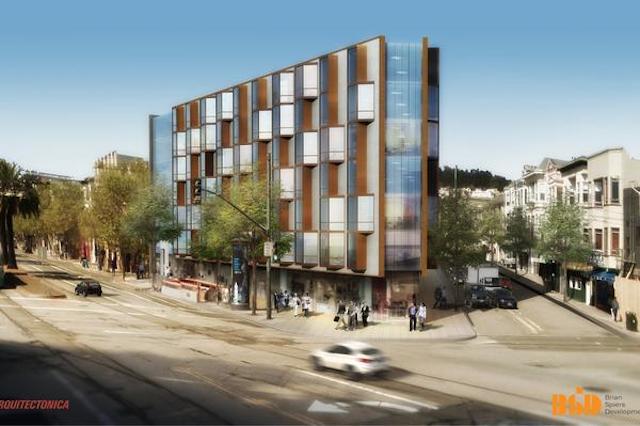 And here's the site.

Here's that 14th Street view, before and after the redesign. 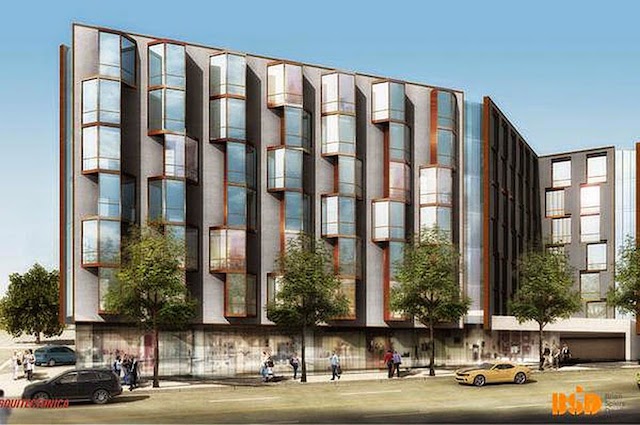 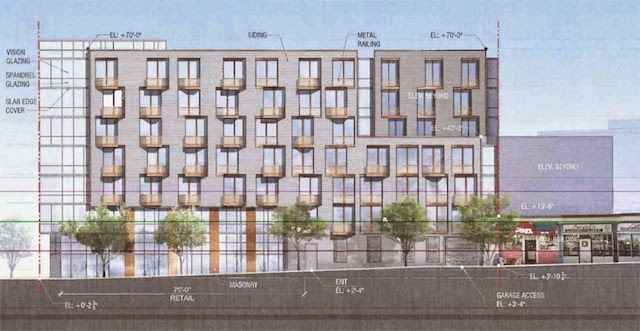 The developer is Brian Spiers who was recently behind Linea mere blocks away. Plans call for six studios, 31 one-bedrooms, and 23 two-bedrooms totalling 60 units. Plans also include 60 indoor bike parking spots and two bike racks on Market, 15 parking spaces with 13 in a stacker, and a 4,8000 square-foot roof terrace. Units below-market-rate are planned on site.

The proposal still needs to pass an environmental review and secure conditional use and variance approval. That, and pass muster with the populace, perhaps answering questions about how willing we are to build higher in San Francisco.

Related: Market And Duboce Site Gets A Condo Plan

Popular underground performer and YouTube artiste Wendy Ho, famous especially among gay fans for her offensive lyrics and faux queen persona, was just a victim of San Francisco's recent spate of robberies. She

A photo posted by Eve Batey (@evelb) on Aug 15, 2014 at 2:17pm PDT Though San Francisco has statistically and anecdotally ranked among the most pet-friendly cities in the country (as well

—
New (Improved?) Renderings For 7-Story Condo At Church And Market
Share this