Wow. So, this room in SoMa just popped up on Craigslist in a "co-ed community house" which, if I had to guess, has a A LOT of turnover. Why do I say that? Because the room is barely big enough for a twin bed, and because it is a house of 60 people. 60. Most of them tech workers. That's six zero. 60.

All 60 apparently share the same kitchen? Well, the ad is a little vague on that point, referring to a "community" of 60 and a "very large house," but they may not all live under this one roof. A group photo only shows about 35 (mostly white) people in their 20s, and below you can see the list of "Facebook one-lines" of their occupations, which is not 60 entries long.

This is the kitchen: 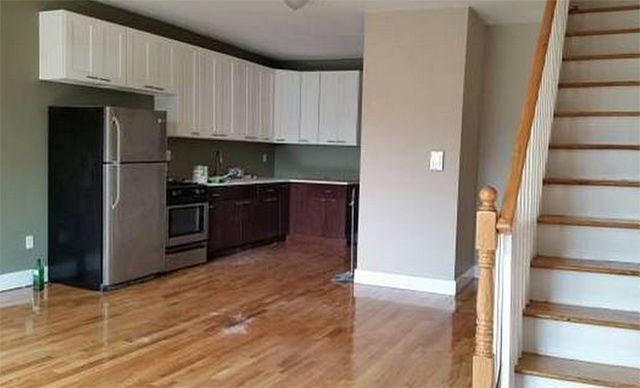 (See also our pieces on The Negev and Campus organizations for similarly communal, dorm-like housing options that are cropping up everywhere, catering to techie newcomers.)

A detailed, 32-page report from the California Department of Public Health has officially declared what many already knew: e-cigarettes are not benign, and are a threat to community health. In an introduction, Dr.

In a new, rather angry op-ed published on 48 Hills, which is actually a speech that Salon founder David Talbot recently delivered at Stanford, Talbot has no shortage of bad things to say

—
Apartment Sadness: Rent A $1500 Closet In A House Shared By 60 People
Share this