Back in October we heard that plans had shifted for a tall residential tower being developed at the corner of Market and Van Ness which originally had architect Richard Meier attached. The developer brought trending Norwegian firm Snøhetta on board, the same firm that's designing the new SFMOMA expansion as well as assisting with the Warriors' Arena. Well, the first rendering from Snøhetta just appeared, and architecture critic John King is saying it's a "low-key but satisfying" addition to the neighborhood. People on Twitter, though, have been quick to point out that a big slice in the middle of it looks a lot like a mouth.

The "twist" that occurs with the shape of the building at the 27th floor is meant to decrease downdraft from the wind.

This is what the rendering of the 37-foot tower looks like without the mouth: 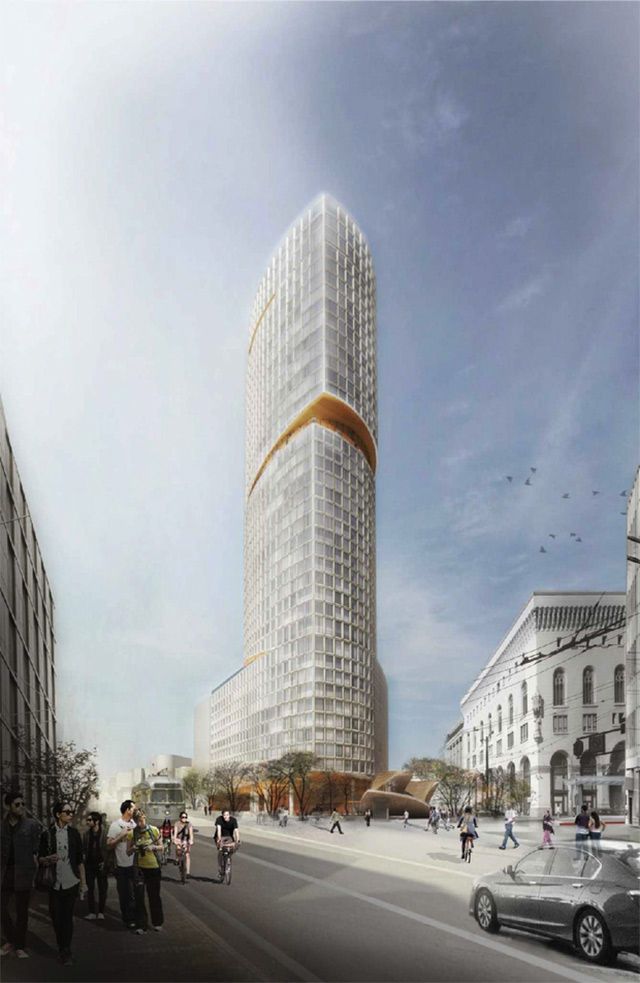 King admits via Twitter he won't be able to "unsee that mouth" and says he could nickname it The Talking Tower if the design stays as-is.

Here's another funny one, via TheTens. 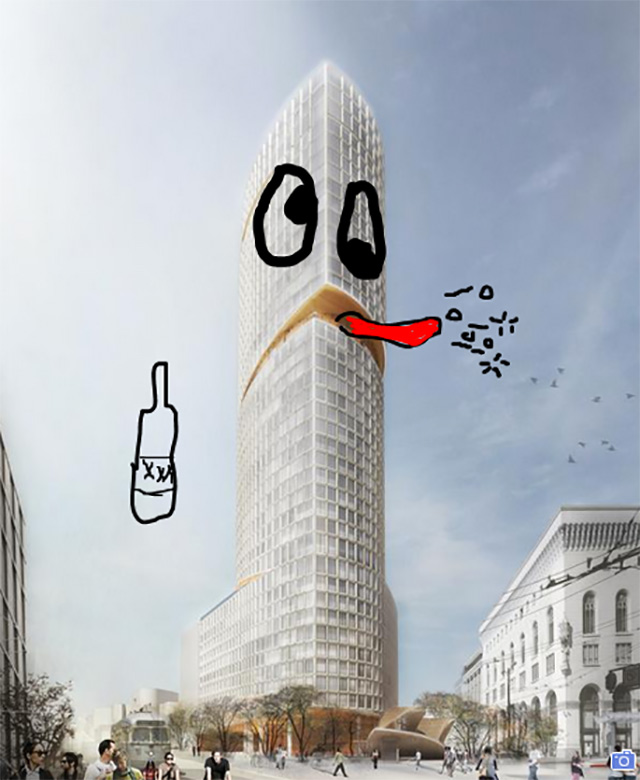 In memory of Democratic leader, and New York's last liberal governor, Mario Cuomo, who passed away yesterday at age 82, here's a clip from Cuomo's inspiring keynote address at the Democratic National Convention

It was December 20, 2013 when a Recology staffer rescued a wounded, two-month-old puppy just moments before she was dumped off a conveyor belt from a truckload of recyclables. At first, officials weren't