For any art-curious or art-loving individual, the Bay Area offers a wealth of options to see beautiful, thought provoking, and groundbreaking art. The region that spurs on the most innovative developments in digital and biotechnologies is also home to some of the most cutting edge artists working today. Thanks to the numerous academic institutions with stellar art programs, that includes both revered figures and emerging artists at the very start of their career. With that in mind, local online magazine Art Practical put together a list for SFist of their fifteen favorite commercial galleries across the Bay Area. While this list focuses on places where one can buy the work on view, we’ve eschewed sales figures and price ranges to emphasize venues that demonstrate how rich the visual culture of the Bay Area really is.


Altman Siegel
Not one to shy away from challenging conceptual work, Claudia Altman-Siegel champions both local and international artists, and in the process creates a steadily persuasive argument for work that is very much of our time and place. You’ll likely recognize work by Mission School artist Chris Johanson, and counter-surveillance artist Trevor Paglen, but possibly less-familiar names such as Zarouhie Abdalain, Shannon Ebner, and Emily Wardill have critical acclaim, Biennial exhibitions, and international recognition under their belts as well.
49 Geary Street, 4th Floor 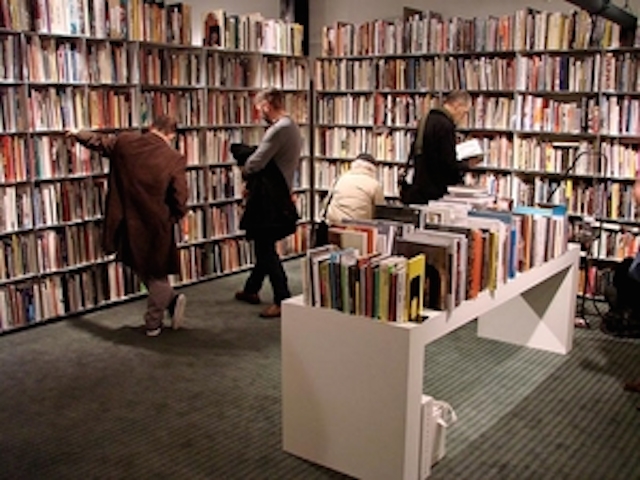 871 Fine Arts
The outlier in this group, 871 Fine Arts is a bookstore that specializes in photography, mid-20th Century, modern, and contemporary art. They make the list not only because they are likely to have any out-of-print exhibition catalogue you’ve ever longed to have, but their exhibitions of editions, multiples, and art ephemera bring iconic moments in art history into close proximity and affordability.
20 Hawthorne Street 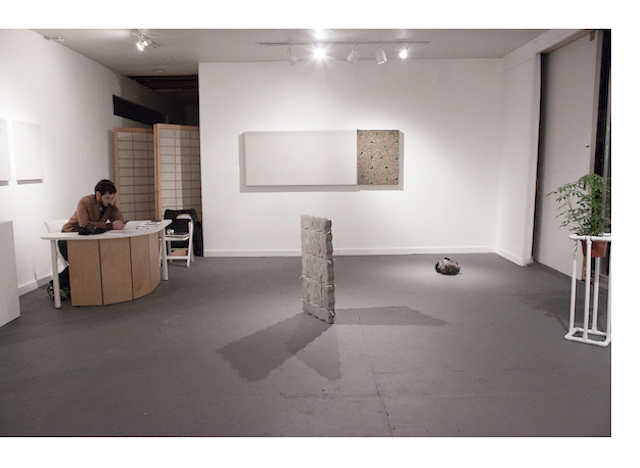 City Limits
City Limits began as an apartment gallery and now occupies a dedicated space in Jack London Square, in Oakland. Like Et Al, also on this list, City Limits defies the current mantra that gentrification is eradicating the art scene in the Bay Area. The gallery takes significant chances with emerging artists, encouraging them to show all new work that deviate from their habitual approaches. Newly familiar names produce unexpected results; this is the place to go to see what’s coming up on the scene.
300 Jefferson Street, Oakland

Crown Point Press
Established in 1962, Crown Point Press is one of San Francisco’s art treasures and is still going strong after fifty plus years. The studio and the gallery are in the same building, so if you are lucky, you can catch a glimpse of an artist working with the master printers on one of the intaglio or relief presses. Crown Point Press has a long, storied history of inviting artists who traditionally work in other medium and whose encounter with printmaking proves transformative to their practice.
20 Hawthorne Street 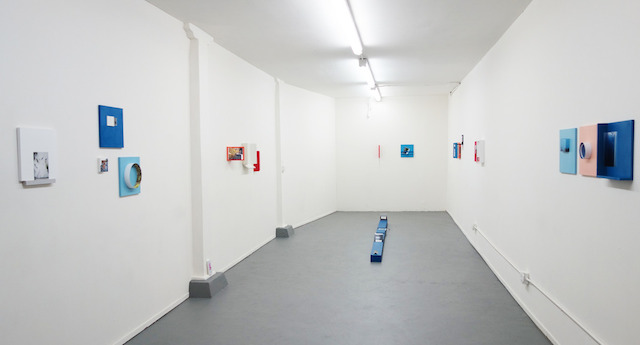 Kate Bonner, The path of a free object, Et al.

Et Al
The ultimate speakeasy in the San Francisco art scene, with its cryptic press releases and unusual location, you enter though an unmarked door and walk down a long hallway past a laundry on the edge of Chinatown to get to this basement gallery. Once downstairs, visitors encounter some of the best art the San Francisco scene (and beyond) has to offer: experimental, thought provoking and visually alluring. Proprietors Facundo Argañaraz, Jackie Im, and Aaron Harbour are artists, writers, curators, and the most inquisitive people on the scene.
620 Kearny Street at Sacramento 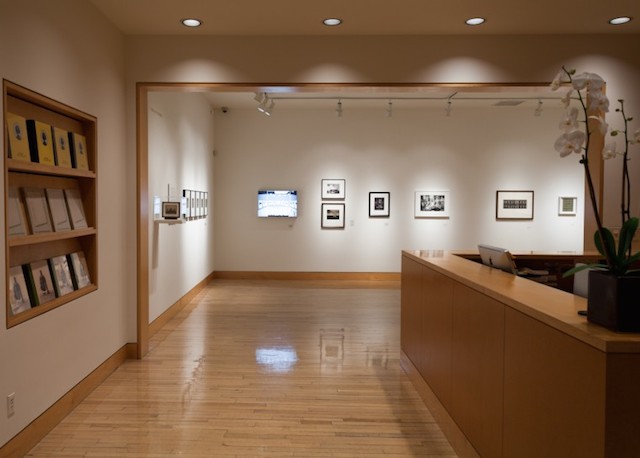 Fraenkel Gallery
If one had to assign San Francisco an artistic medium, it would be photography; it’s not surprising that this most photogenic of cities would have been fertile ground for the likes of Carleton Watkins. And the best gallery to see photography in the city made for it is the esteemed Fraenkel Gallery. In-depth, museum-quality surveys of photographers ranging from Diane Arbus to Katie Grannan reign up front, while small group shows of unrivaled works command the space in back.
49 Geary Street, 4th Floor 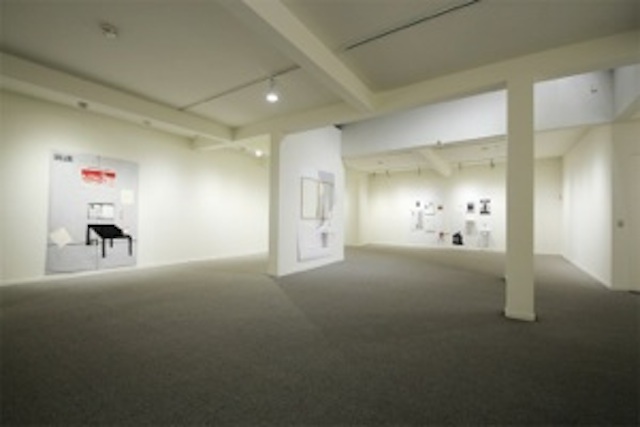 Gallery Paule Anglim
The doyenne of the San Francisco art scene, Gallery Paule Anglim has shown nearly every significant West Coast artist. Even a brief glimpse of the gallery’s exhibition history from the past thirty years provides a lesson in who are the most important Bay Area Conceptual and experimental artists of our time. Here is where you go to see the breadth of an artist’s career and the influence they’ve had. Attend an opening here and you’ll see three or four generations of artists in tête-à-têtes.
14 Geary Street at Market

Gallery Wendi Norris and Haines Gallery
Yes, we’re cheating here, but this could easily be a list of twenty-five galleries and we’d still run out of slots. These eponymous galleries get grouped together because they are run by two of the smartest women in the business—Wendi Norris and Cheryl Haines—whose contributions to the scene go far beyond their gallery walls. Norris created the San Francisco Art Prize, which includes an exhibition for the selected artist and a monetary grant, in the effort to keep artists in the area. And Haines is the founder of the For-Site Foundation, which, among other exhibitions, created the @At Large exhibition of Chinese dissident artist Ai Weiwei currently on view on Alcatraz Island.
161 Jessie Street at New Montgomery; and 49 Geary Street, 5th Floor

Hosfelt Gallery
The luminous quality of the white-walled and white-floored Hosfelt matches the aesthetic and the maturity of the artists who show there; there is a refinement to the work and the space that is anything but staid. You go here to see the new-media wizardry of Jim Campbell, whose light installations demonstrate just how intertwined media and memory really are. Hosfelt was the first gallery to set up shop in the newly monikered Potrero Flats district. It’s worth stopping by others who have followed suit, including Catharine Clark.
260 Utah Street 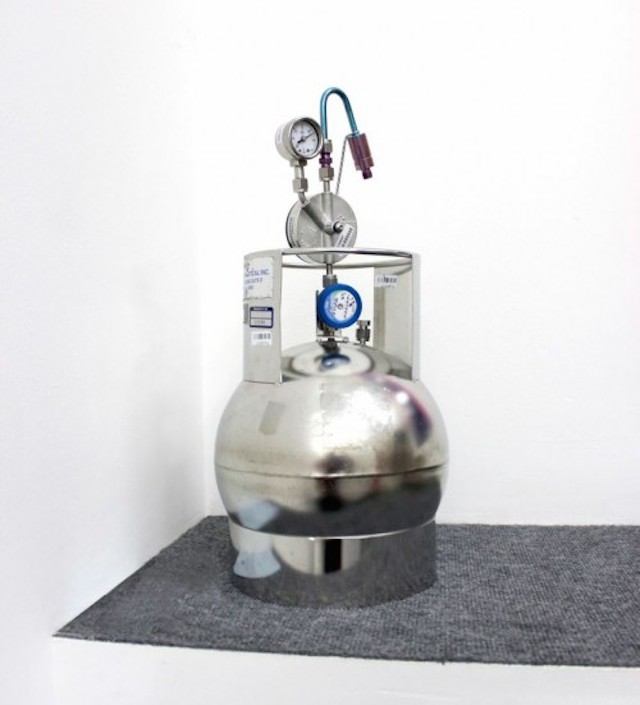 Jessica Silverman Gallery
Silverman moved last year from a tiny storefront gallery to more spacious digs in the Tenderloin that announce her ambitions for her artists; she is committed not just to growing her gallery but their careers. Photographers Matt Lipps and Tammy Rae Carland and painter Shannon Finley are standouts in her program, but one of the best things about visiting the gallery is a conversation with Silverman. Her passion for the work and desire to educate visitors are contagious.
488 Ellis Street at Leavenworth 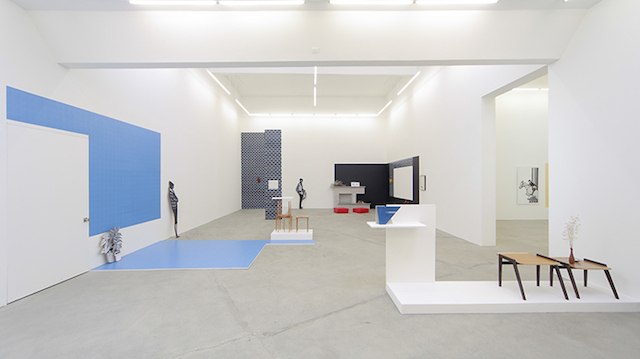 Ratio 3
The contrast between the cacophonous and visual feast of Mission Street and the cool interior of Ratio 3’s venue is made all the more striking by the black-painted doors and windows of its entrance. It proves to be equally the perfect home for the iconic paintings of graffiti artist Barry McGee and the minimalist weavings by textile artist Ruth Laskey. We’ve long admired Ratio 3 for its willingness to take big risks, setting the bar higher each time, and for bringing local and international artists into dialogue.
2831A Mission Street at 24th 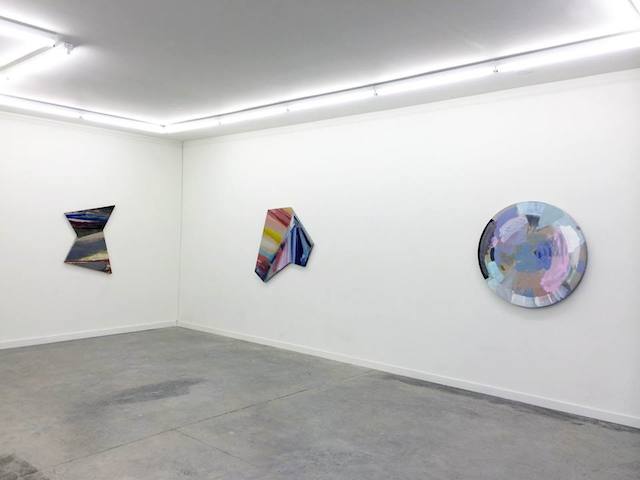 Romer Young
An anchor of the creative community in the Dogpatch neighborhood, Romer Young began as low-key, artist-run space where you could see art, have a beer, and play Ping Pong. Now a serious contender on the scene, what remains of its origins is the sense of welcome that persists through every show. This has much to do with the personalities of co-directors (and spouses) Vanessa Blaikie and Joey Piziali. They are unafraid to show challenging and conceptual work that cross the boundaries of photography, sculpture, performance, and installation, and they enthusiastically share their vision.
1240 22nd Street at Mississippi 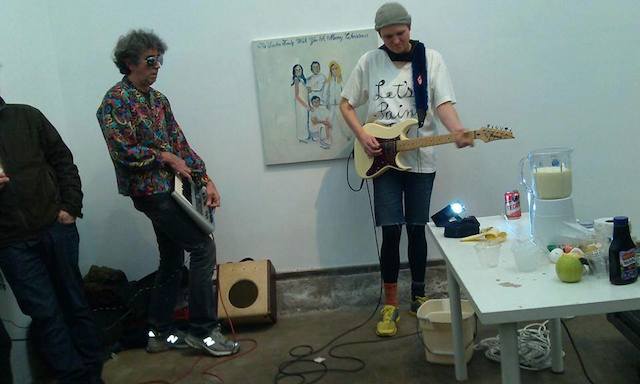 Steven Wolf Fine Arts
If Steven Wolf Fine Arts seems like the punk rock version of an art gallery, it is because Wolf can be considered an unofficial historian of punk’s reign. But to stop at that description of the gallery and its owner do both a disservice. Wolf makes this list because of his insatiable curiosity, as well as his desire to ferret out and present to a new audience those moments, individuals, and work that disrupted the status quo of their time. There is always something dissonant, surprising, and memorable on view here.
2747 19th Street at Bryant 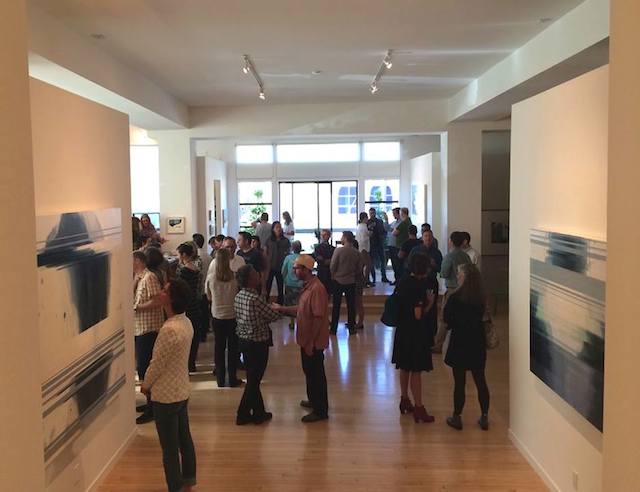 Traywick Contemporary
Housed in a former Masonic Temple in Berkeley, there are no signs of secret sects at work in Traywick Contemporary. But one does get the insider view of something many think is just as mysterious, which is how one lives with contemporary art. The gallery is also the home of Traywick and her family; there is seamless division between the two. One steps into this space and immediately understands how integrated life and art can be.
895 Colusa Avenue, Berkeley

Art Practical is an online magazine and the leading voice in promoting the Bay Area’s role in the international art scene. We highlight the best of the Bay Area, emphasizing the region’s long history of incubating experimentation and critical voices.

Chef Richie Nakano has been promising the city a permanent home for his Hapa Ramen pop-up and farmers' market stand since the first Obama Administration, and it is finally, finally happening on Sunday.

photo credit: allie™ Dear Foodinista, Here's the thing. I consider myself a pretty respectable tipper — 20% is my go-to when I'm eating out, sometimes more if I've had a particularly great experience. But

—
The 15 Best Art Galleries In The Bay Area, According To Art Practical
Share this