One of the final pieces in the major sidewalk-improvement project in the Castro had its dedication ceremony this morning, and that's the series of embedded plaques dubbed the Rainbow Honor Walk. The plaques honor LGBT artists, activists, and pioneers like Tennessee Williams, James Baldwin, Sylvester, Christine Jorgensen, and Harry Hay.

The project kicks off with 20 bronze plaques inlaid into the sidewalk, and at this morning's dedication ceremony were local LGBT politicians Mark Leno, Supervisor Scott Wiener, and former Supervisor Bevan Dufty. Here's the full list of the first 20 honorees.

Sadly, in the rush to get this project finished, the Oscar Wilde plaque has a terrible type-o on it. "Bitting wit" anyone? (h/t: Castro Bubble) 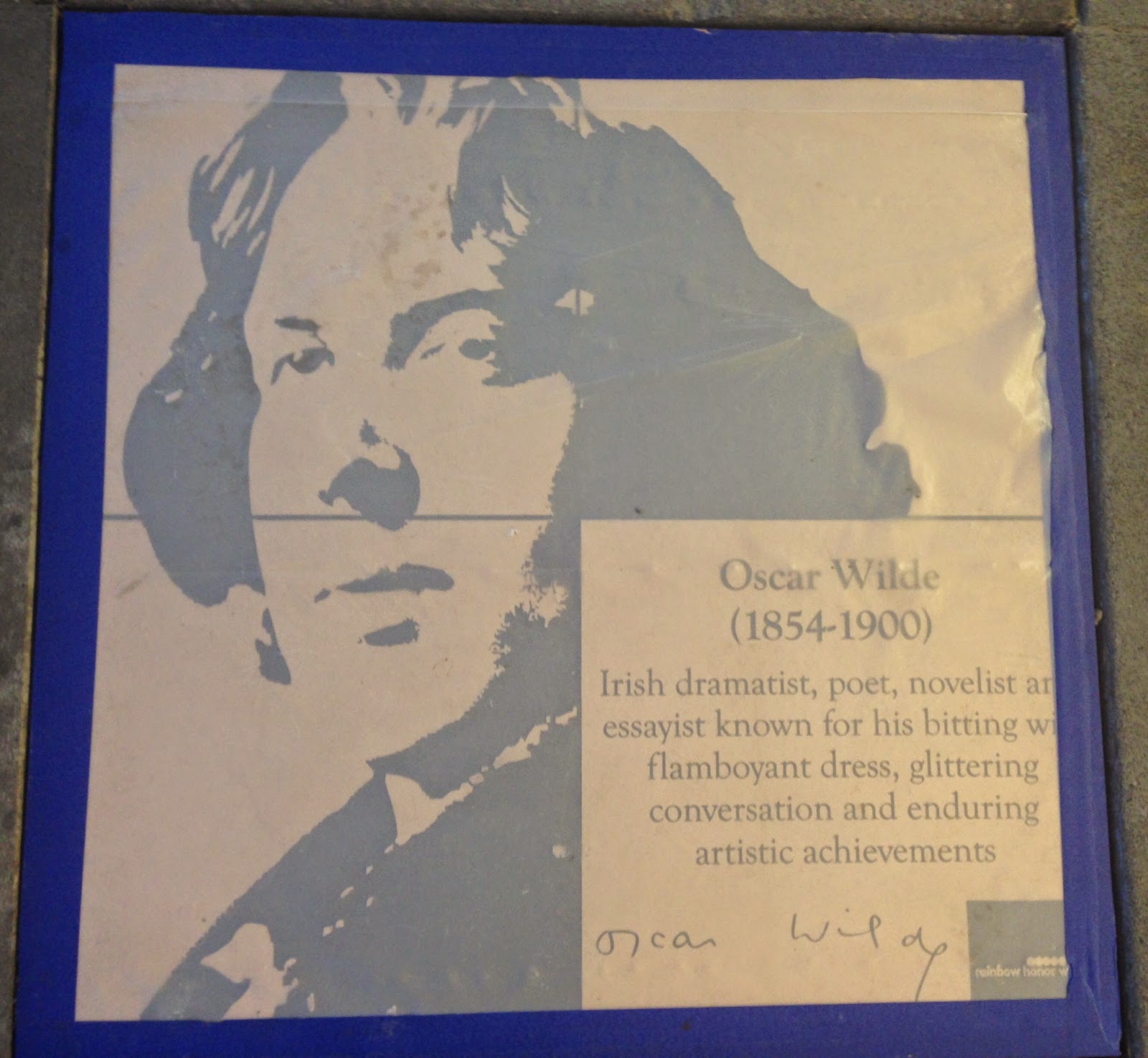 As the staff of the Rainbow Honor Walk organization explains,

The criteria for the first 20 names to be placed on the Rainbow Honor Walk are as follows: Self expressed LGBT individuals, now deceased, who made significant contributions in their fields. Criteria for additional names to be added to the Walk over the years will change and adapt according to the wishes of the community working in concert with the Rainbow Honor Walk Board of Directors.

Also coming as part of the Streetscape Improvement Project are new street trees, and those rainbow crosswalks.

The Rainbow Honor Walk will be unveiled in the #SanFrancisco Castro District later today pic.twitter.com/Sp67RkljTz

At the dedication of the #rainbowhonorwalk in #SF Castro district. #KTVU pic.twitter.com/sxJZrOfG8C

In the largest ever fine to be imposed by California's Public Utilities Commission, PG&E may be slapped with a $1.4 billion fine for the institutional negligence that led up to

Signs we have reached peak-app? Cabbie in SF running 5 dash mounted phones pic.twitter.com/WVycnmkGuN— Thomas Purves (@tpurves) September 2, 2014 This tweet from Thomas Purves, who describes himself as both