A fascinating map of Chinatown from 1885, commissioned by the S.F. Board of Supervisors amidst a flurry of moral concern over opium, gambling, and sex slavery, has just resurfaced via New Republic. It provides a building-by-building survey, with color codes for brothels (both White and Chinese), gambling houses, opium dens, and "Chinese joss houses" (pagan houses of worship).

San Francisco's Chinatown is almost as old as the city itself, with Chinese immigrants first arriving during the Gold Rush, and many more deciding to settle in the city after being recruited to work on the construction of the Transcontinental Railroad, which was completed in 1869. The rapid growth of Chinatown in the ensuing years led to California passing a law in 1870 against the import of Chinese, Japanese, and "Mongolian" women for the purposes of prostitution, and it led to a certain amount of squalor in the segment of time as density outpaced any sort of regulation, law enforcement, or quality control in construction.

There was such an influx of immigration from China in the 1870s that Congress passed the Chinese Exclusion Act in 1882, which prohibited Chinese people from becoming naturalized citizens. The law made San Francisco's Chinatown, which was the largest in the nation, even more attractive to immigrants as one of the country's only safe havens.

But in 1885, amidst growing panic about the "Chinese race" and the part of the city they occupied, the Board of Supervisors commissioned a report that concluded that Chinese immigrants were "the rankest outgrowth of human degradation that can be found upon this continent." With the report came this map documenting the uses in each property.

As you can see on the whole map, Grant Street used to be called Dupont Street, but most of the other street names remain the same.

And while there was plenty of Chinese prostitution in the heart of Chinatown, you can see the overlap with the Barbary Coast of North Beach with a whole hub of white prostitution around Sacramento Street between Grant and Stockton. If you live over there, you now have some new factoids to throw around at your next dinner party.

See map details below. (Click to enlarge.) Update: A commenter alerts us to the fact that a copy of this map, or perhaps one of the remaining originals, is hanging at Big Four. 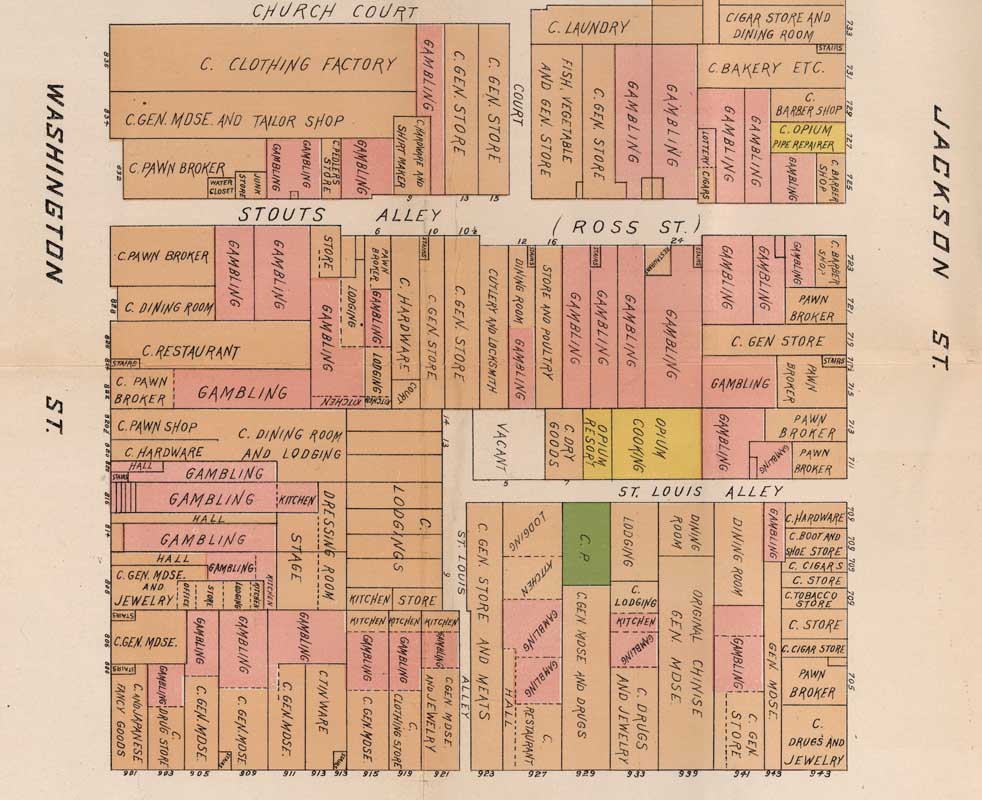 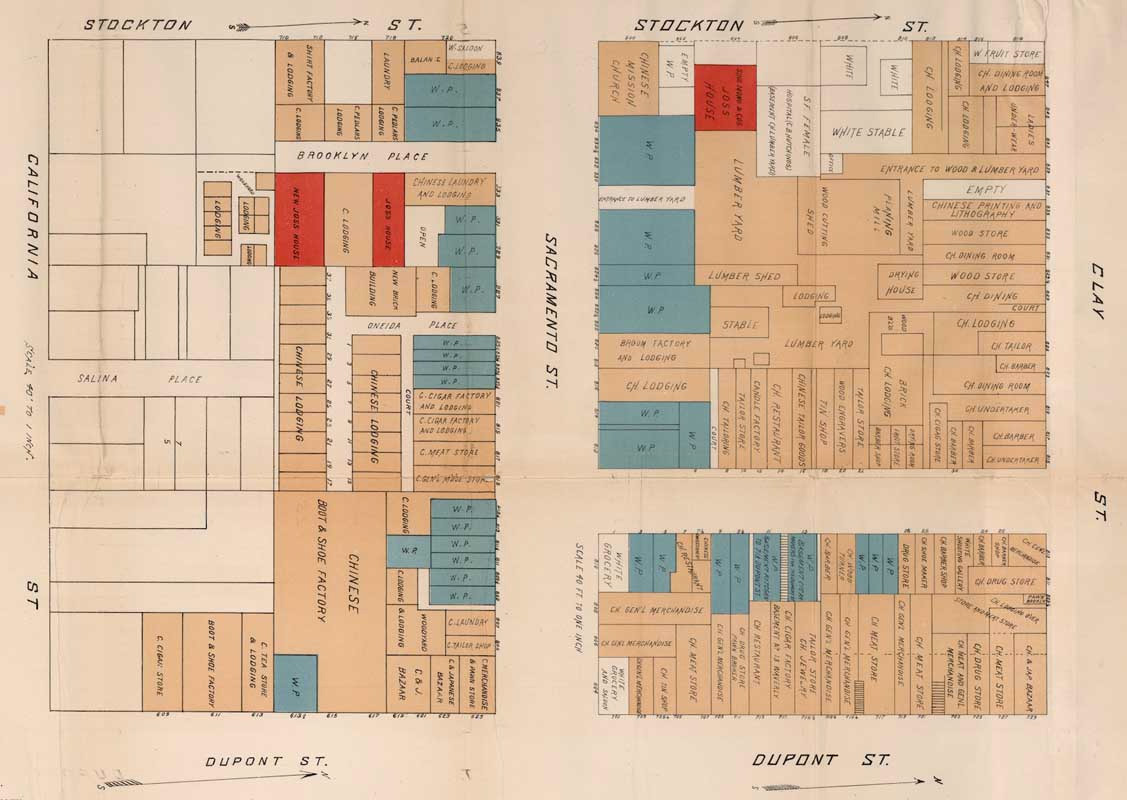 Photographer Arthur Tress visited San Francisco in the summer of 1964 and ended up documenting a historic moment in time. Fifty years later, he’s returned to the city for a new series

SFist (among other places) commenter davitydave's candid shot of a Muni rider near the Duboce Tunnel reminds me a bit of Llewyn Davis. Somebody get that guy a cat! Photo submissions for Photo