Lisa McIntire has really had enough of having her lifestyle choices judged by office supplies, and who can blame her? First it was the stapler telling her she looked "used up," then it was a rubber band ball hissing at her to "stay the hell away from my boyfriend." And just when McIntire finally thought things were settling down, this happens.

Hi @BofA_Help. I just received a credit card offer from you that addressed me as “Lisa Is A Slut McIntire.” pic.twitter.com/7OeNZSlNhX

It gets worse, though. The offending envelope arrived at the home of...McIntire's mother. 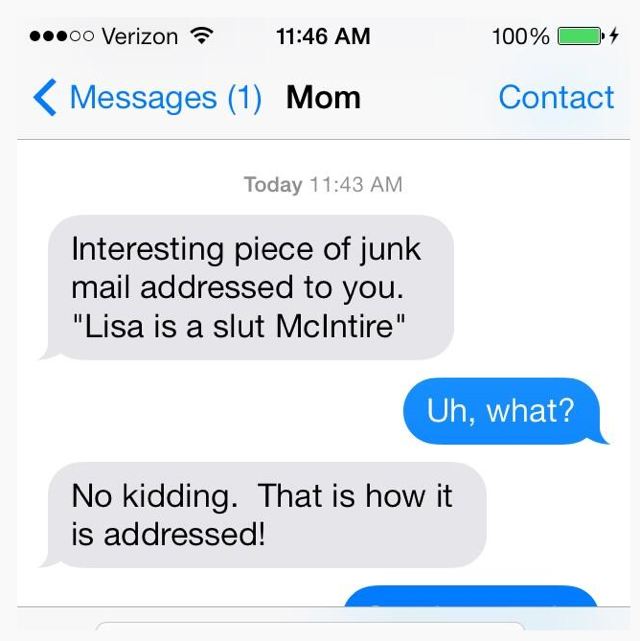 But what is the "special offer"? Actually, no. Don't want to know. 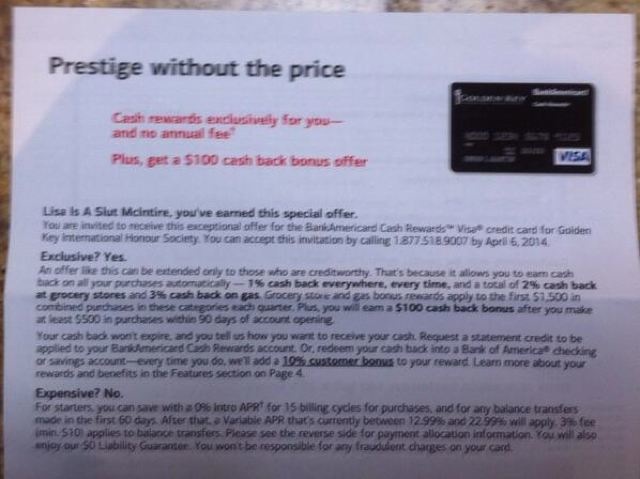 A development project that kind of dropped off our radar reappears via some new renderings today, via Curbed, and dear god it's another enormous hotel and arts center that will help to completely

Three mobile food operations are getting brick-and-mortar homes at last. First off, the fine folks at Brass Knuckle  they of the clever band-inspired sandwich names like Fryin' Maiden (buttermilk fried-chicken sandwich) and Pork

—
Woman Gets Called 'Slut' By Hateful Envelope
Share this