While San Francisco's music scene isn't what it once was, it's still a thriving scene for good music, so you should check out a show at one of the city's fine venues. Here are a few of our favorite places with choice acoustics (give or take) and stellar line-ups.

The Independent
With an upgraded sound system installed a few years back and a constantly evolving, genre-hopping lineup the Independent maintains a small room feel in a medium-sized venue. Acts range from big-name national acts to '90s reunion tours to Dave Chapelle's surprise standup shows. And the drinks won't break your bank either. — Andrew Dalton
628 Divisadero (at Hayes) 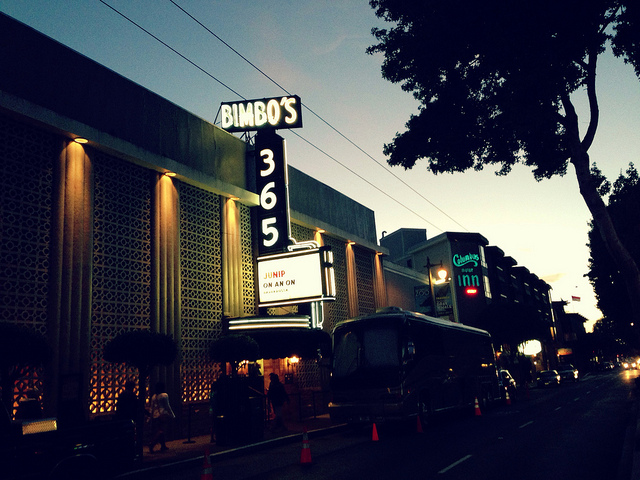 Bimbo's 365
With red velvet-lined walls, art deco styling, and a live mermaid swimming in the lobby, Bimbo's is a venue from an entirely different era. You'll half expect to see Frank Sinatra nursing a whiskey around a bistro table in the back, but you're far more likely to catch a Noise Pop headliner or a burlesque revue. — Andrew Dalton
1025 Columbus (at Taylor) 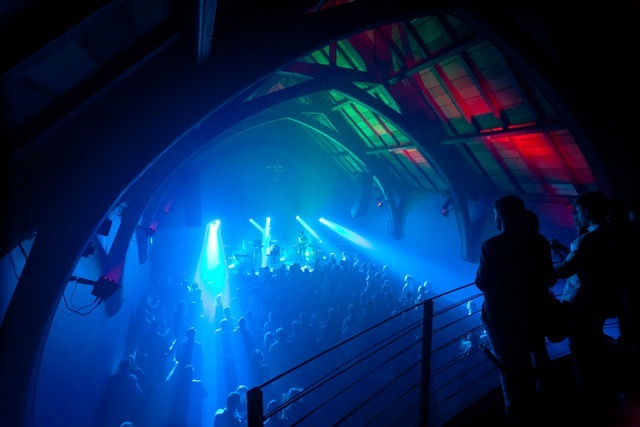 The Chapel
Valencia Street's newest music venue has a lot of soul for a newcomer. The beautifully revived church-like 1914 building is the official West Coast home of New Orleans' legendary Preservation Hall Jazz Band, so naturally the music lineup leans towards the soulful and folky side. The rest is rounded out with local acts graduating from Mission District dive bars and national touring acts that play to the Valencia Street sensibilities. — Andrew Dalton
777 Valencia Street (at 19th Street) 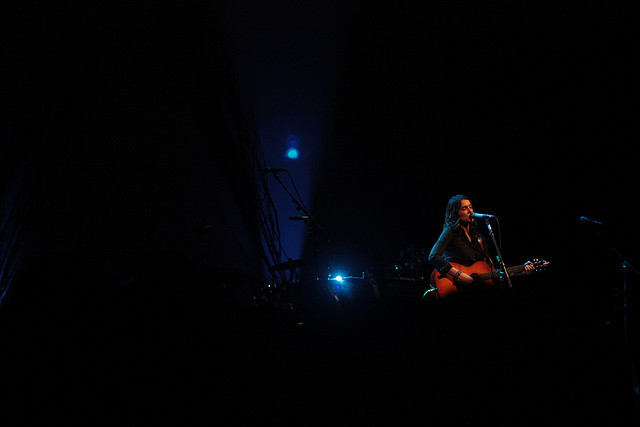 Brandi Carlile at The Fillmore. (Photo: The Inadvertent Gardener)

The Fillmore
The Grateful Dead. James Brown. Jefferson Airplane. Prince. The Cure. The Smashing Pumpkins. Sleater-Kinney. Radiohead. They have all graced this stage along with hundreds upon hundreds of other performers great and unknown. (Historical sidebar: This was a primarily African American music venue in the 50s and 60s after briefly being a roller rink, and was only really the bohemian, rock-and-roll venue we think of it as between 1965 and 1968, and then again when Bill Graham took it over again starting in 1994. Not to be confused with The Fillmore West, which was Graham's venue through the 70s at Market and Van Ness.) It remains an awesome space with great bones, chandeliers, and a palpable energy, especially at sold-out shows, that can't be denied. Performers always seem stoked and honored to be on that stage, and they want to give it their all. And then there are the commemorative posters, which a lot of people collect, and can be quite cool, handed out as you leave at most sold-out shows -- this might be the only venue in the country that does that. We like the upstairs bar, the high walls lined with old posters that we could stare at for hours. But that coat check line: ugh. — Jay Barmann
1805 Geary (at Fillmore) 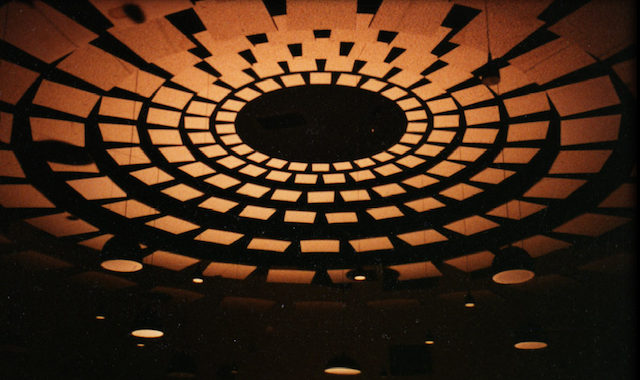 Audium
One of the treasures of contemporary music has been sitting quietly in a custom-designed building on Bush Street since 1975, and if you don't know about it you really should. It's a "theatre of sound-sculptured space" conceived and designed by 84-year-old electronic music composer Stan Schaff, who built the place with a NEA grant in the early '70s. He's been doing weekly performances of his music there since 1975, every Friday and Saturday evening, in which the audience sits in complete darkness and hears one of his pieces "performed" via 169 individual speakers arrayed in a specially sculpted space. It's cool, and kind of romantic as a date idea, and way 70s in every way  even though Schaff actually premiered a new piece, Audium 9, in 2008. He won't be around forever, so check this thing out while you can. — Jay Barmann
1616 Bush (at Franklin) 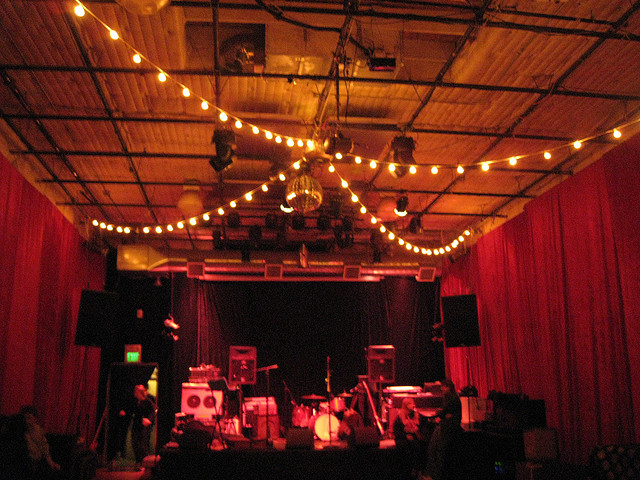 Rickshaw Stop
Hitting that sweet spot between legitimate music venue and cozy drinking hole is the Rickshaw Stop, which sports a bar, stage and open space downstairs, with an upstairs mezzanine that's home to competitive couch (and rickshaw) seating. Sit upstairs to canoodle with your date at a mellow indie show, or do your thing downstairs for something more upbeat. Rickshaw also hosts special nights like Cockblock, Nerd Nite and the Moth StorySLAM. — Rose Garrett
155 Fell (between at Franklin) 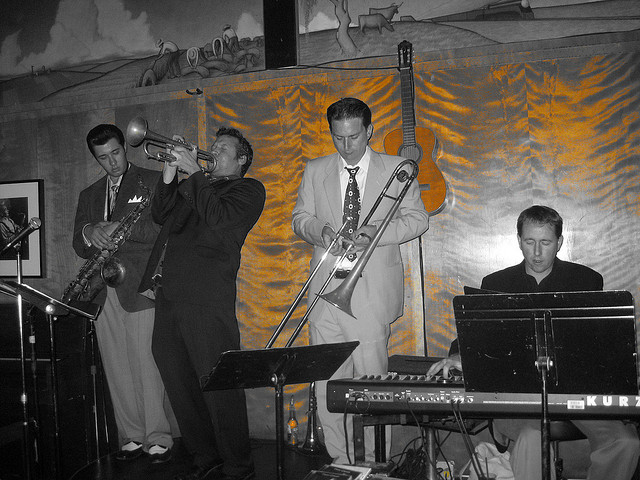 Club Deluxe
It's a perfect marriage of jazz, booze, and pizza at Club Deluxe, the hidden-in-plain-sight venue on Haight Street. With a tight full bar on one side and a small dining/music room on the other, the club achieves that coveted speakeasy vibe (without trying too hard). Leather booths and diner stools complement the vibe, and a rotating roster of blues, jazz and folk musicians grace the stage for an up-close and personal night out. — Rose Garrett
1511 Haight (at Ashbury) 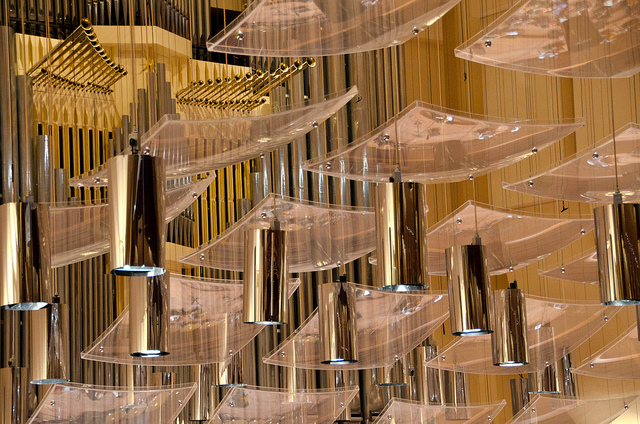 Davies Symphony Hall
That piano-looking building on Grove and Van Ness, Davies Symphony Hall contains one of the world's most noteworthy and lauded symphonies (led by Michael Tilson Thomas). It also boats such stellar talent as Audra McDonald and Burt Bacharach, but also more popular acts like Janelle Monáe and Rufus Wainwright. (Aside: Will you please, at the very least, wear a nice pair of pants, dress shoes, and a button-up shirt, for fuck's sake, when going to the symphony. It's bad enough we see tank tops and shorts at the Orpheum and Golden Gate Theater.) — Brock Keeling
201 Van Ness (at Grove) 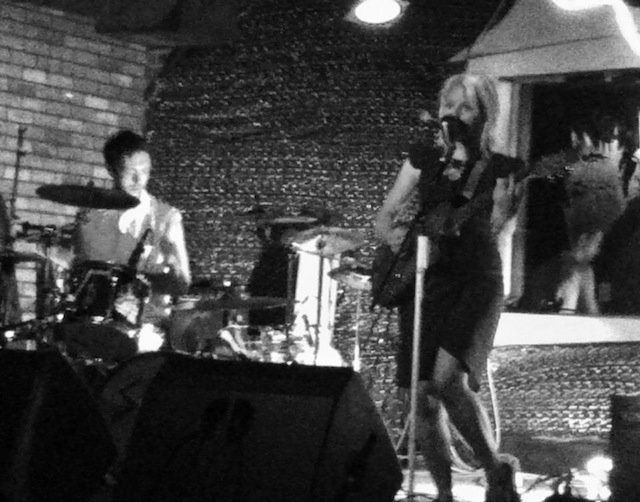 SXO at Bottom of the Hill. (Photo: BotH's Facebook)

Bottom of the Hill
Basically, it's the place where your friend's band always plays and even though you go to all of their shows, he'll be pissed if you miss even one, so you totally know the routine by now. Open since 1991, this Potrero Hill institution has managed to avoid tech boom-related shuttering by featuring artists (mainly local) seven nights a week. They've also got a kitchen in case you're hungry, and a back patio for smoking whatever you want. — Brock Keeling
1233 17th Street (at Missouri) 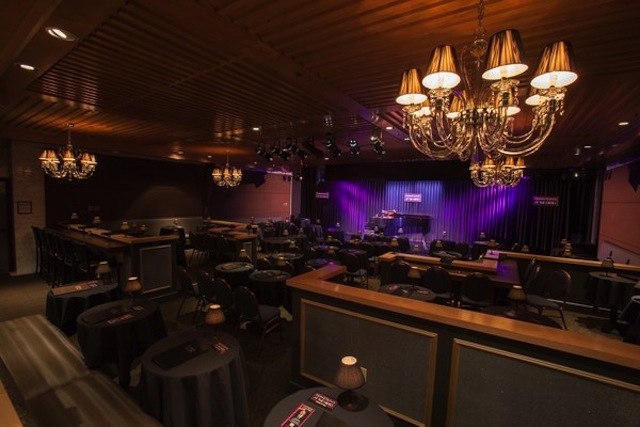 Feinstein's at The Nikko
Gone are the days of the old Redwood Room, Josie's Cabaret & Juice, and the Empire Plush Room, back when you could hear a chanteuse croon tunes from the American Songbook. But you can still catch a some choice cabaret at Feinstein's at The Nikko. Billed as "an elegant, yet intimate, 140 seat nightclub," this place hosts a sundry of assorted Broadway and local talent, like Sutton Foster, Connie Champagne, Cheyenne Jackson, Christine Ebersole, Veronica Klaus, and more. — Brock Keeling
222 Mason (at O'Farrell)

The number of murders this year in Oakland is on track to be 25 percent lower than last year, and in the most violent part of East Oakland murders are down 50 percent.

The view from outside SFist headquarters in SoMa is a pitiful one. Traffic backed up as far as the eye can see. And with that, we regret to inform you that at least

—
The 10 Best Music Venues In San Francisco
Share this