There was a time when San Francisco was known more for its brothels, seedy boarding houses and gambling parlors than its high rents, tech companies and leather parties. And according to a rare map from 1885 uncovered by Wired (and probably conceived in a racist power grab by City Hall), there was no seedier spot than Chinatown.

The map comes from the collection of David Rumsey, who says the map figured into a plan by city supervisors to marginalize and vilify the Chinese population. It came out around the time of several ordinances forbidding various activities by the Chinese, as well as the unsubtle "Chinese Exclusion Act of 1882." But it's unclear just how much of the map was a fabrication, or whether these particular stretch of Chinatown was indeed as fun as it looks. Click over to David Rumsey's collection for a zoomable look at the map. 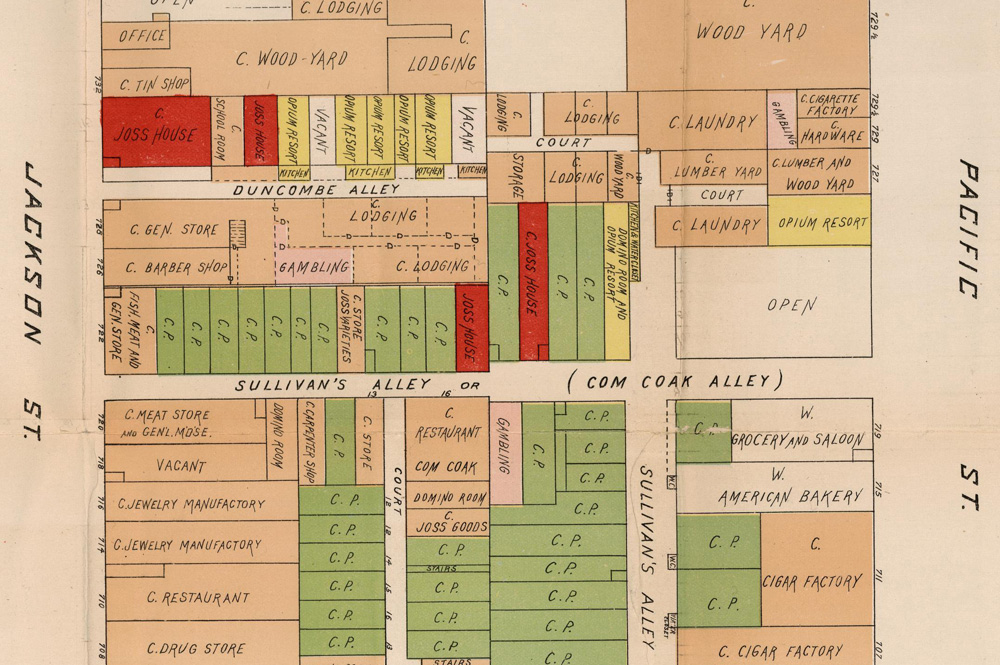 A funny little news item appeared over the weekend connecting the fact the San Francisco Marriott had signed on as a sponsor of this year's Folsom Street Fair, and the company is still

—
Check Out This 1885 Vice Map Of Chinatown
Share this