The shakeup and protests over the Bradley/Chelsea Manning grand marshal thing this past spring has resulted, after much tension, in the forced resignation of SF Pride CEO Earl Plante. Plante only came into the job last November, replacing one-year CEO Brendan Behan, who in turn had replaced Amy Andre, who had also only spent a year on the job. The revolving door of leaders for the organization has been the result of a number of troubles, financial and otherwise, though this year the conflict has been all about Manning and the divide between what we'll call the "corporatization" camp and the community camp.

Being a huge public celebration (the biggest in the state), and one that is supposed to represent the incredibly diverse LGBT community of the greater Bay Area, perhaps it stands to reason that conflict will abound. Infighting has been ongoing between members of the organization and the board, and as the Bay Area Reporter noted about last week's board meeting, current conflicts surround how many open board seats there will be an election taking place September 15.

A major issue during Andre's tenure, which ended in 2010, was the six-figure deficit in the organization's operating budget, which as SF Weekly pointed out seemed inexcusable given how financially successful Folsom Street Fair is, despite it being a slightly smaller event. Both her successors, Behan and Plante, have succeeded in turning the organization around and improve cashflow through fundraising and sponsorships, but Plante's undoing seems to have been his lack of finesse in navigating the Manning conflict.

At the end of last week, SF Pride Board President Lisa Williams announced Plante's resignation, saying, "After several thoughtful discussions, the San Francisco Pride board of directors and Earl Plante have reached a mutual agreement for Earl to resign as chief executive office." Williams is becoming interim CEO while a replacement is being sought. Plante had been absent from the board's September 3 meeting. 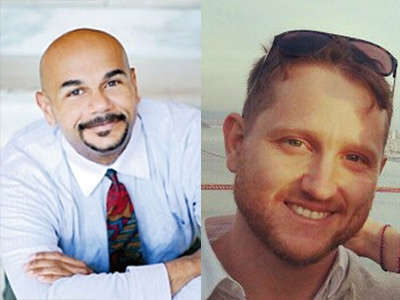 The resignation stems from an email, publicized on Facebook by local activist and Pride Board candidate Jesse Oliver Sanford, in which Plante demanded that Sanford not run for a position on the board and threatened to call police if he did, alleging that Sanford had "assaulted" him at the Board's contentious June 11 meeting. Sanford contends that he attended a demonstration outside of the Board's headquarters that day, but that he never came in contact with Earl and that he was "in the second or third rank of people on the sidewalk when the crowd surged forward past the door," during the tussle that Plante seems to be referring to. Sanford insists he's had much civil disobedience training and "I was very careful not to come into physical contact with him in any way."

And just to back up, in case you missed it, the dustup in the spring resulted from Pride's "mistaken" naming of Manning to be an honorary grand marshal of the parade, only to revoke that honor two days later with little explanation. The subsequent protests, bad publicity, and poor public relations by the board cast a shadow over Pride season, however the parade still happened, and it still managed to stay in the black this year.

Sanford went on to pen a letter to the board discussing why he feels he would make a good candidate. He describes himself as "a lifelong activist for sustainability, compassion and liberation" and he says he hopes to reach out to the tech and startup industries as a new source of financial support for Pride next year.

Supervisor Scott Wiener spoke to the Bay Area Reporter regarding Plante's resignation and the board in general, saying, "I want to make sure [Pride supporters] can continue to succeed with a governance model that promotes stability in the organization. I’m not seeing that stability now and haven’t for awhile." Supervisor David Campos also expressed concern about the board's leadership, "I want to see a management structure that is transparent, responsive, and accountable." Both Supervisors are requesting a hearing with the board on September 12.

The annual general meeting of SF Pride is happening at 2 p.m. next Sunday, September 15, at a location that is still TBA.

(By Daisy Barringer) I know there are people out there who don’t love—or even LIKE—football. What I don’t understand is WHY. Since the end of snowboarding season, my Sundays