Unless you've been living under a (rent-controlled) rock, you know that rental wars are in full swing, and another rent map shows just how expensive the city has become. According to the map, the average rent for a one bedroom in the city is now about $2,800, a two bedroom is $3,875, and a three bedroom is $4,750.

The map is put together by online price guide Priceonomics, whose genesis story ("We hate getting ripped off or over-paying for stuff so we built Priceonomics") stands in contrast to their geography ("We're based in San Francisco, CA"). 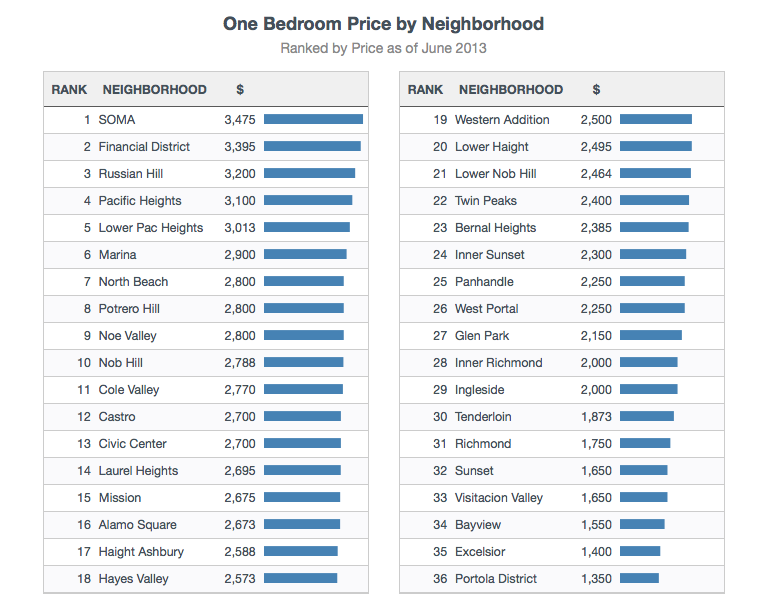 The makers of the map note that over the past two years, the price of a one bedroom has increased 27%, and the price of a two bedroom apartment has risen 33%, almost 10 times the rate of inflation. The neighborhoods that are getting pricier the fastest are Civic Center, Bernal Heights, and the Mission.

Comedian Will Sasso has taken to the medium of Vine like a dog to cat poop. And his vines are full of fart jokes, Hulk Hogan, DeNiro impressions, and lemons that pop out

16-year-old Ye Meng Yuan survived the crash of Asiana Airlines Flight 214, but died a short time after the crash due to "crushing injuries that are consistent with a motor vehicle collision," the