Here in San Francisco, our workout options are somewhat limited due to the fact that it's a hell of a hilly town and it's freezing (for Californians, anyway). But going to the gym isn't thew most desirable option for those of us who cannot afford it or cannot stand the stares of fellow gym membership cardholders. And with that, take a few deep abdominal breaths and give it up for the city's best non-gym workouts.

LYON STREET STEPS: San Francisco is lousy with hills. As a local, you've probably figured out how to avoid them unless you happen to live at the top of one, but the same steep grades that have tourists sweating through their brand new polar fleeces can work to the advantage of anyone looking to increase their heart rate without shelling out for a gym membership. Of all the routes up San Francisco's hills, the Lyon Street Steps are a perennial favorite among the local fitness masochists.

With the Presido's eucalyptus groves on your right and Senator Dianne Feinstein's house on your left, the route rises a total of 244 steps (about 150 feet of altitude change) over two blocks from Green Street to the end of Billionaire's Row on Broadway in Pac Heights. At 20% grade, it's a thigh-burner for sure. Add in an extra block up the hill to Pacific Avenue, and you'll be rewarded with sweeping views from the Golden Gate Bridge to Mount Diablo.

Don't want to brave the Marina? A jog up the Telegraph Hill stairs from Washington Square Park to Coit Tower ends in postcard vistas if you're not worried about scores of tourists slowing you down. For a more secluded altitude change, head to Strawberry Hill in Golden Gate Park for a staircase winding up above Stow Lake and ending in wooded views of the city and the outerlands. 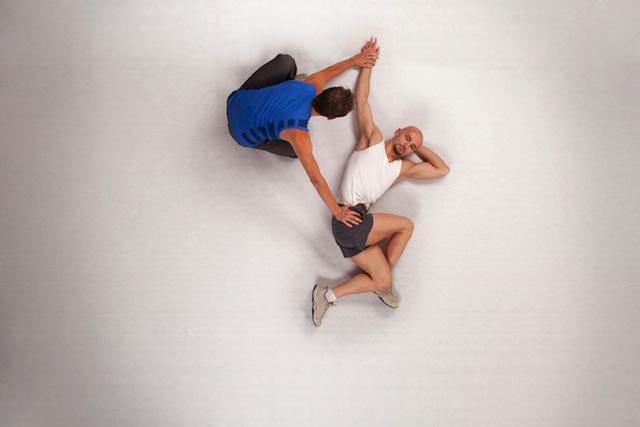 ROVING ATHLETICS PERSONAL TRAINING: Hiring a personal trainer was, quite literally, one of the best things we've done to improve both our physical and mental well being. Going to the gym—something we've done far too many times in the past—resulted in bogus fees, lines for equipment, and the unforgettable sight of saggy butts in the locker room. (Don't even get us started on the stench.) So, when we hired Tim Ehhalt of Roving Athletics to train us, we were surprised at not only the money we saved, but also the tailored workouts made to do around the house.

Coming up with programs for friends for years, he officially started training people in 2008. When asked to tell SFist if he thinks non-gym workouts are ideal, Ehhalt explained, "One thing isn’t necessarily better than the other, it’s what works for you. The pros of doing in-home/non-gym training are that you don't have to get yourself to your gym and back, which can save time and helps keep some people from procrastinating. Another benefit is that unlike the gym, if you’re working out at home you won’t ever have to wait for equipment, and you can use your own bathroom. But some people find working out at home too distracting (phone, kids, etc) and they need to get to the gym. So, really, what’s better is what gets you working out."

A couple of exercises that he considers important to feeling better each day? Ehhalt reveals, "If you had a gun to my head (please don't), I'd say the two exercises I would recommend are the psoas/hip flexor stretch and the squat.

Sure, Roving Athletics will still go to the gym to help you (if you must), but having a home-based experience is perfect for those of us who want to get tighter and leaner in private without the glaring eyes of 24 Hour Fitness members undressing us. 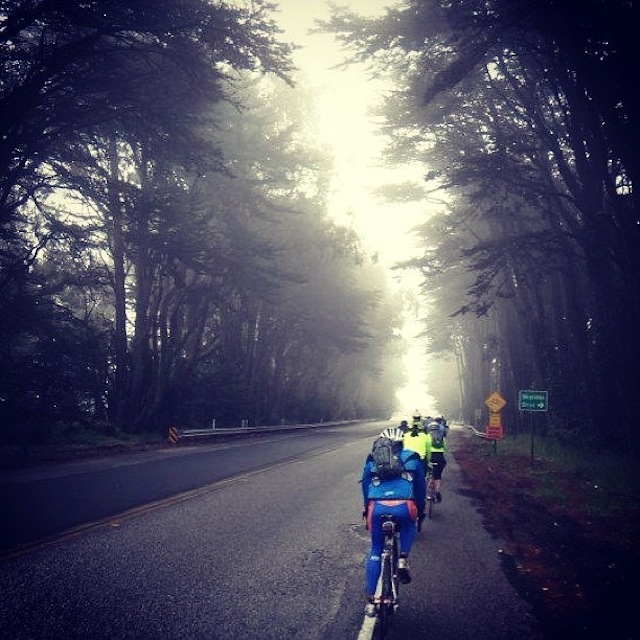 AIDS LIFECYCLE: This charity-based training program is certainly popular. Get those quads in shape and lose at least ten pounds by way of training for the AIDS ride, which happens every post-Memorial Day, the first week of June. There are so many people who do this around here that there are plenty of training group options involving pretty bike rides. And then you will have to beg all your friends and coworkers for money and spend seven days on a bike riding to LA.

JOGGING AROUND THE GOLDEN GATE PARK LOOP It doesn't have to be Bay to Breakers for you to take a run to the beach via the park, and the roads through Golden Gate Park are popular with running types. This is all well and good when it's clear and sunny to the coast, which we all know is a rarity. Most other days, you're going to be running into thick fog and back.

EMBARCADERO TO FORT MASON RUN: Another popular route—especially because there are no stop lights or curb breaks—is running along the piers of the Embarcadero, starting down around the ballpark. You can continue on past the Aquatic Park to Fort Mason and Crissy Field, but be aware of how you'll make the return trip, especially if you run out of steam by the time you hit the Marina.

ROLLERSKATING: When all else fails, grab a pair of skates.

- Strolling from the Castro to Noe Valley

In the second break-in in two months, a man stole a gold- and quartz-lined box from a display case in the Oakland Museum that is rumored to be worth $800,000. The box

—
The Best Non-Gym Workouts In San Francisco
Share this