We're all well aware of the Google, Facebook, Apple and other shuttles ferrying their workers to and from the Peninsula so that they don't have to suffer the pains of Caltrain  shuttles which are arguably partly responsible for driving up rents across the city now that the commute is so easy and all these companies are doing quite well. But where do they all stop? A design firm has now made a map.

The companies have never published these maps, but map design firm Stamen Design just put together a map of all the shuttles they counted  eBay, Electronic Arts, and Yahoo! all run them in addition to Google, Apple, and Facebook  and used Foursquare and a 2011 city report to document all the known stops. Also, they used thicker lines to indicate greater frequency of the shuttles throughout the day. Obviously, Google's got the biggest operation running, but you can see that they all make a lot of stops around the Mission, Noe Valley, the Castro, and up Divisadero, landing finally in the Marina. And Apple's the only company that services Pacific Heights, because obviously a couple of execs must live up there.

See it all below, courtesy of Uptown Almanac. 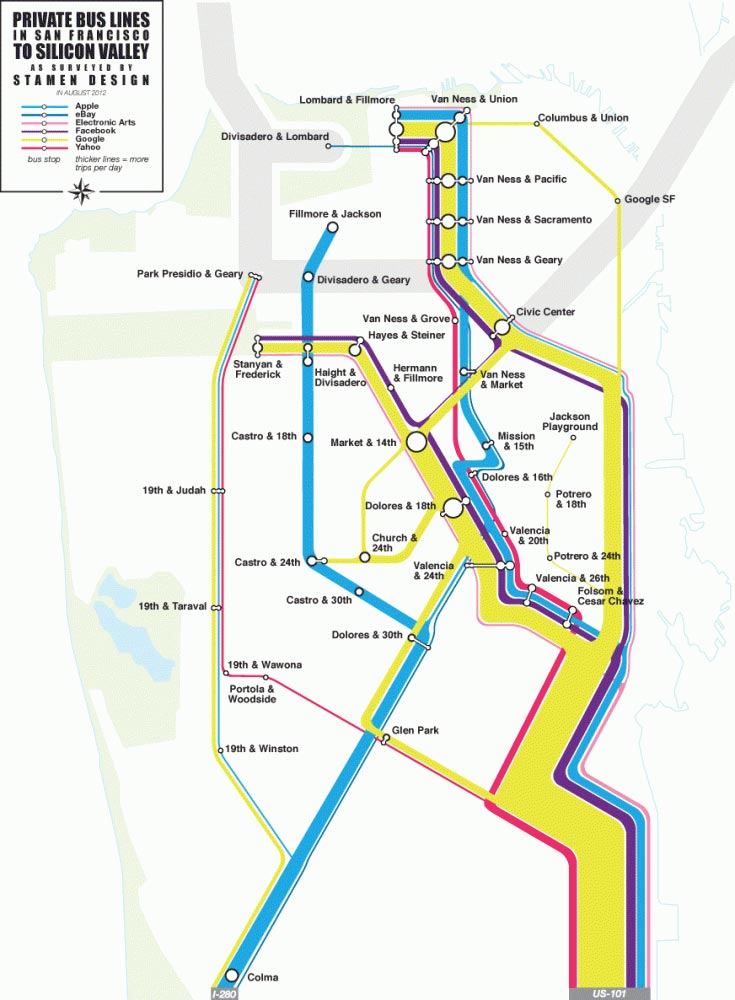 Under the premise of highlighting some vulnerabilities in Muni's contactless fare card system, two analysts with New York security consulting firm Intrepidus Group have created an app that allows riders to use an

—
Behold the Secret Corporate Shuttle-Stop Map of S.F.
Share this